The completion of Vancouver’s 28 kilometre long seawall connecting downtown to Spanish Banks will be proposed by the City of Vancouver in a council meeting next Tuesday, May 4.

In a 51-page report detailing the second phase of the Seaside Greenway Project, Point Grey Road would receive a number of improvements from Alma to MacDonald Streets , including widening the sidewalk, planting new trees, improving lighting, and constructing benches and water fountains in the parks.

“This report is coming back with recommendations on how to improve the pedestrian experience as part of the completion of the Seaside Greenway, which would then be the last two kilometres for the 28 kilometres of a continuous route for walking and cycling,” general manager of engineering services Jerry Dobrovolny tells Vancity Buzz.

Those improvements were originally proposed in 2013, but the new report specifies sidewalk and boulevard width recommendations, green space configuration, and requests for approval of funding for construction in 2016 and 2017. 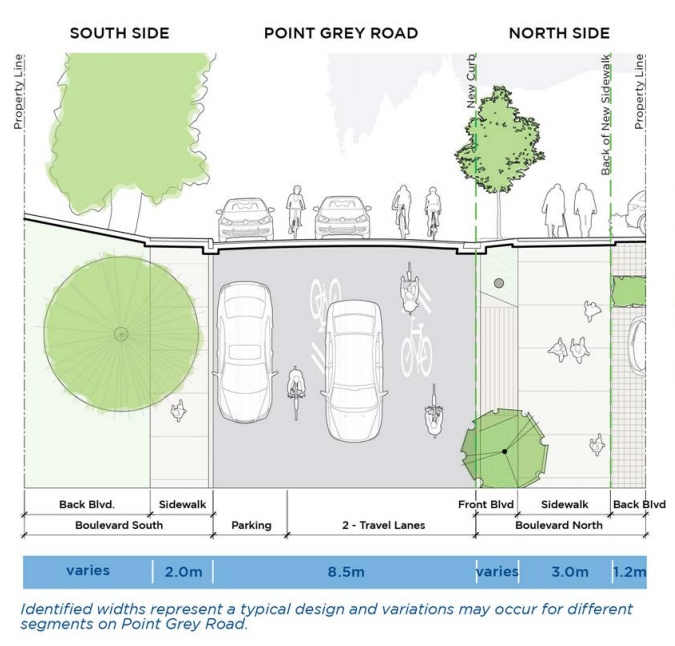 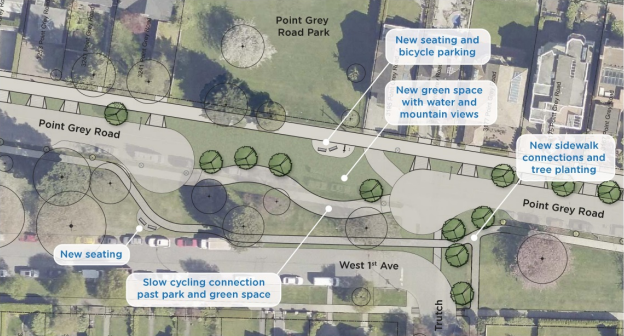 The multi-year budget proposed to the city by Dobrovolny totals $6.4 million, with up to $3.3 million coming from the 2015-18 Capital plan.

In addition to the Point Grey Road improvements, Dobrovolny also recommends allocating nearly $8 million for False Creek seawall upgrades between Burrard and Cambie bridges, largely to improve safety for both pedestrians and cyclists who share the space. Construction again is planned for 2016 and 2017 for the paths, and 2018 for a public washroom.

A number of public consultations have taken place since 2013, and most of the proposed changes were received favourably by the public, says Dobrovolny.