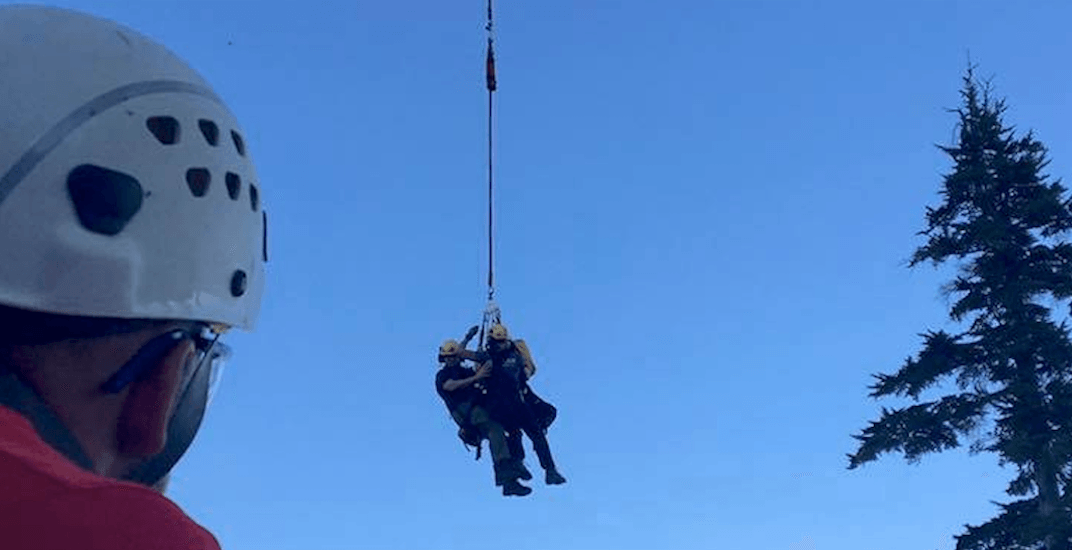 A hiker who hurt himself while hiking in Golden Ears Park had to be airlifted out by rescuers on Sunday.

Around 8:30 am, the hiker “injured himself in a slip” somewhere between the 9 and 10 kilometre mark of the trail, said Ridge Meadows Search and Rescue (RMSAR) on Facebook.

He then attempted to walk himself out, getting as far as Steve’s Lookout, before being unable to carry on.

Talon Helicopters was called and and a response team was flown in to the area to find and stabilize the injured person.

“The initial plan was to bring him out in the helicopter or stretcher carry him to a location where we could set the helicopter down and transfer him inside,” said RMSAR.

“When it was determined that the stretcher carry would put the subject through “some pretty gnarly terrain,” the decision was made to have Talon fly to Coquitlam and pick up the Coquitlam SAR longline team and have everyone long-lined out.

The incident was also the first use of Coquitlam SAR’s newly purchased “Boost” longline system.

As a result of the cooperative effort, “we were able fly everyone out in two sling operations,” explained RMSAR.

The injured person was handed over to BCAS and transported to Ridge Meadows Hospital for treatment.