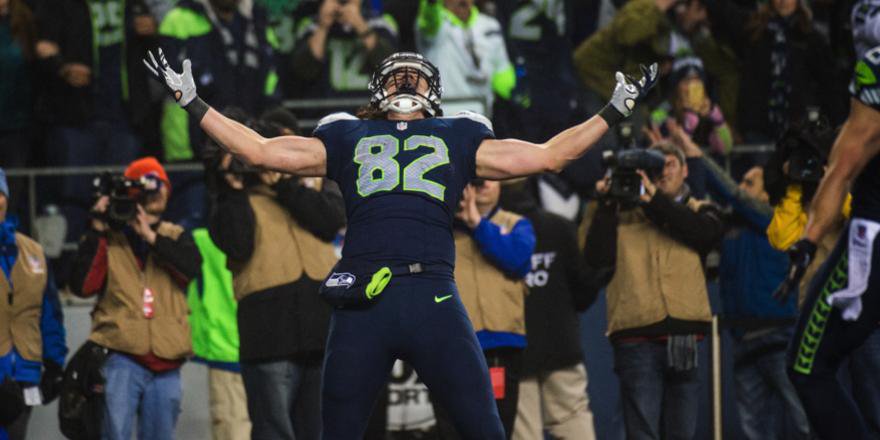 Willson is the new front man for the Seahawks’ annual Vancouver trip and has added some spice in the process as well. Not only is he taking to the local links for a Celebrity Golf Classic, and not only is he putting on a youth camp – he’s also drafting his own flag football team with Canucks sophomore Jake Virtanen.

Prior to their heavy hitting matchup Saturday afternoon though, the big tight end will be hosting a Hawks youth football camp with a few of his celebrity friends.

Less than 100 spots remain for my youth football camp – what are you waiting for?! 🇨🇦

This camp offers kids aged 8-18 the chance to learn from a Super Bowl champion player, coach, and Hall of Famer.

Learning from a Canadian who’s made it to and won the biggest trophy in North American sports is a pretty rare thing. It’s a legacy that Luke hopes can catch on in this country – maybe even starting this weekend.

“I think there’s a lot of similarities between the way I grew up playing football [in LaSalle, Ontario] and a lot of kids in BC,” Willson told Daily Hive. “I remember I was always looking for a Canadian role model in the NFL and I hope that I can be that to some of the kids this coming Saturday morning.”

Willson says, he was discovered by NCAA schools through an offseason camp and summer league. We can’t say if the Seahawks will or won’t be scouting this weekend, but it’s never a bad idea to bring your A-game.

To register for the Luke Willson Youth Football Camp and for more info, check out their website.

Here’s the full agenda for this Saturday’s festivities at Swangard: