UPDATE: Highway 99 has reopened with one lane, alternating between north and southbound traffic. Drive BC says to expect major delays.

Original story: Highway 99 is closed in both directions due to a car crash, according to a tweet sent by Drive BC.

While details are scarce at the moment, CKNW reports it could be a due to a bus that crossed into oncoming traffic. Estimated reopening time is at 5 p.m.

Photos posted to Mountain FM’s Facebook page show the extent of the damage: 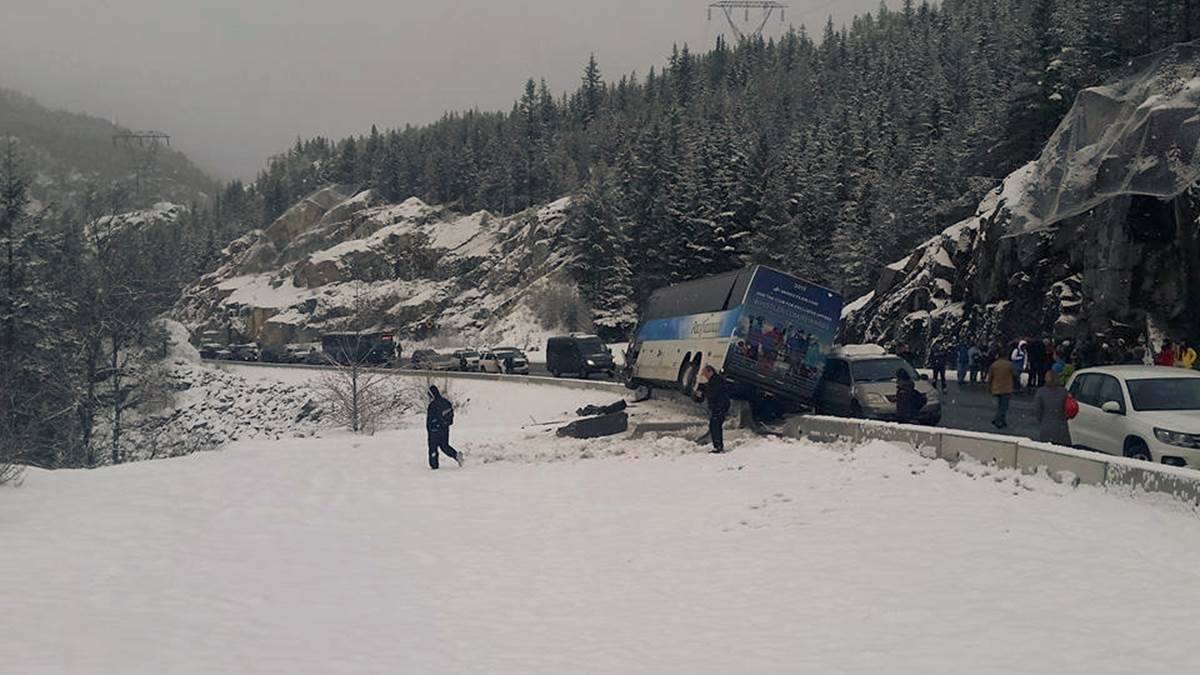 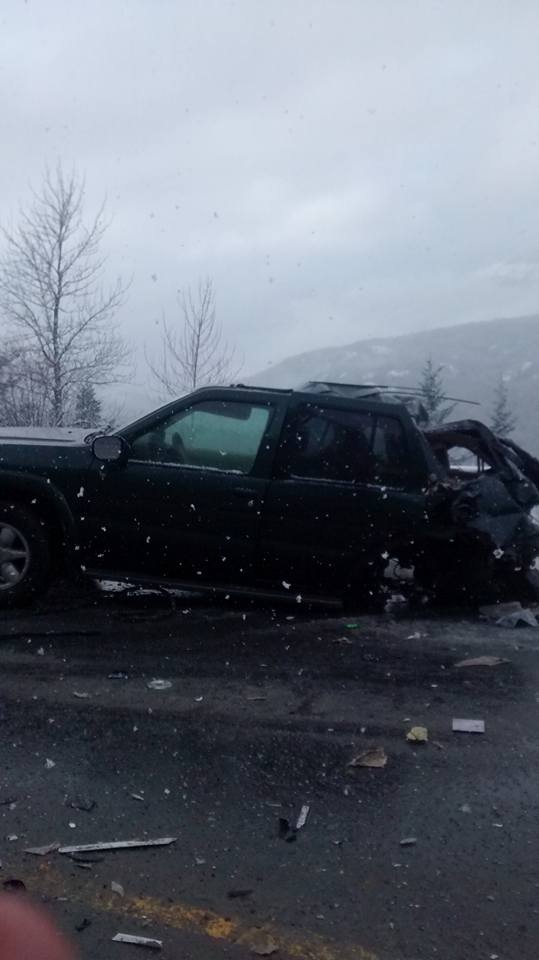 People are also posting pictures in the Sea to Sky Road Conditions Facebook group of the damage. There are also several videos of helicopters flying into the accident scene. 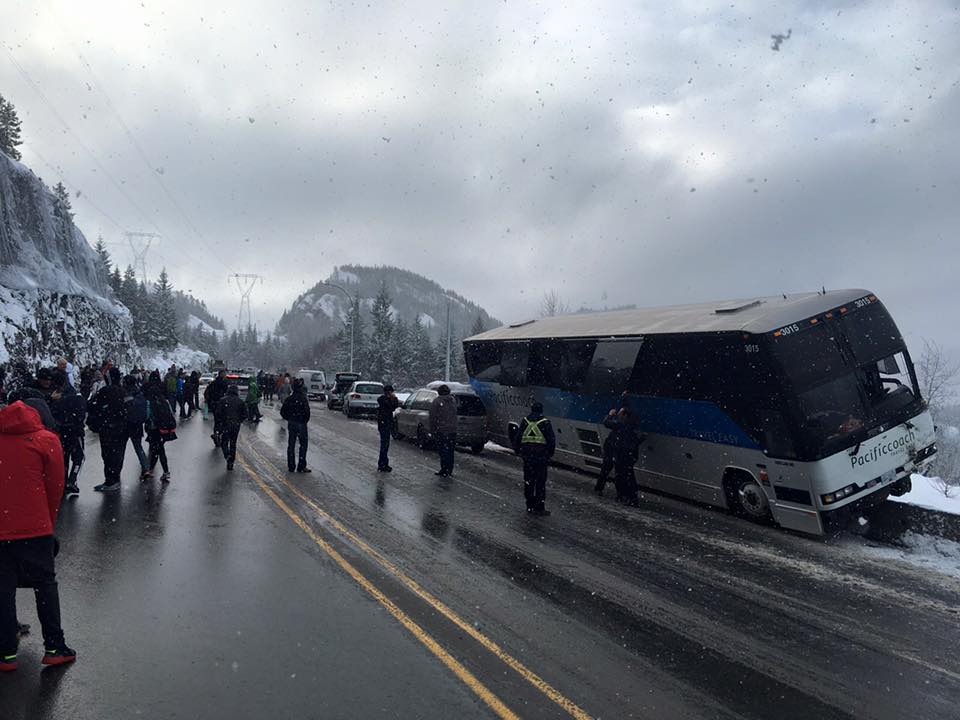 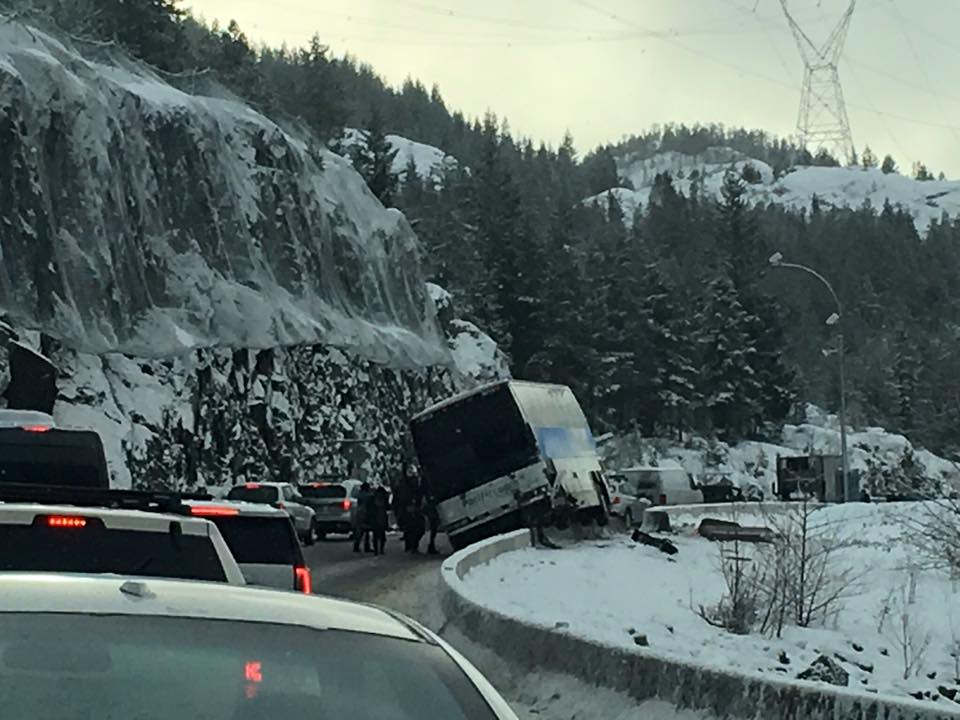