Construction is nearing completion for Squamish’s new Sea to Sky Gondola attraction, but the testing phase has hit a snag with this week’s incident of a gondola cabin falling off from the cable.

The $50,000 cabin was one of eight cabins along the aerial cable that brings passengers 885-metres above Howe Sound to a mountaintop attraction in 10 minutes. The gondolas were fabricated by Austrian manufacturer Doppelmayr and feature floor to ceiling Plexiglass windows.

The exact cause of the fall during the test was unknown, but the cabin has been damaged beyond repair. British Columbia Safe Authority and Doppelmayr are conducting an investigation to determine the cause. No one was injured.

According to the Squamish Chief, “the incident occurred as the system was undergoing an early-morning line check. The cabin was only about three or four metres off the ground when it fell near Tower 7 onto the rocks below.”

Once completely finished, the gondola will have “multiple redundancies” to ensure this does not occur again. The cabin fall occurred during the attraction’s construction phase.

The gondola and mountaintop lodge with viewing platforms, hiking trails and suspension bridge is located between Shannon Falls and the Chief. The attraction is scheduled to open in May 2014 – no delays are expected. 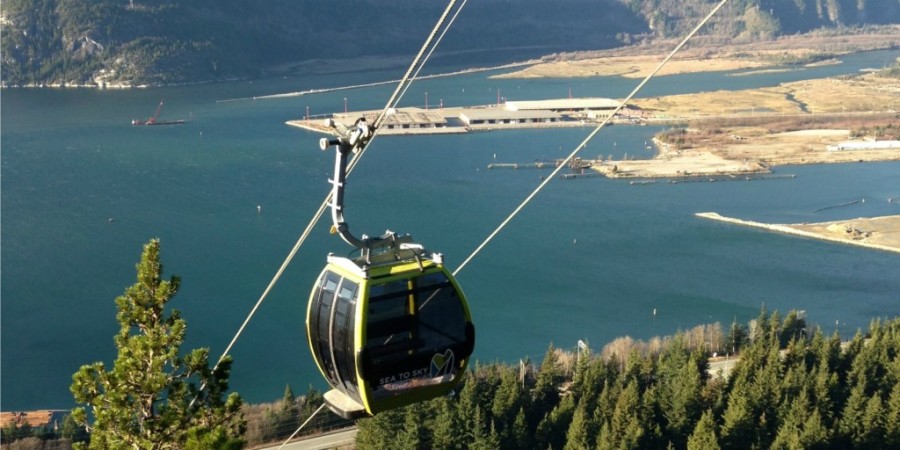 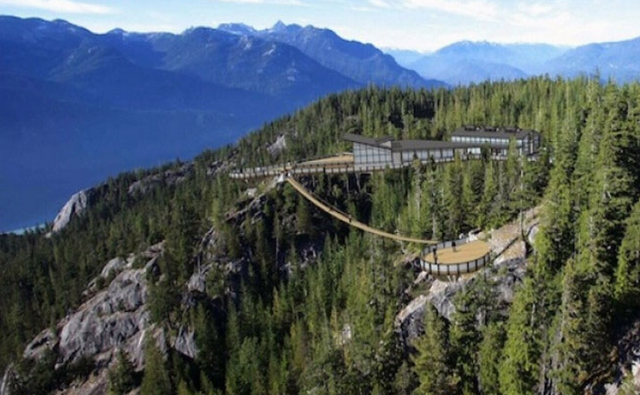