Sea Monsters Revealed, running at the Vancouver Aquarium from now until Labour Day Weekend, takes some of the ocean’s most unusual creatures and strips them down to nothing but skin and bones – or cartilage as the case may be – giving visitors an inside-out look and what makes them tick.

Using a unique preservation process called plastination, the cells in each specimen are replaced with a liquid polymer, allowing the flesh, muscle, organs and just about anything else to be removed and displayed in a variety of life-like configurations.

“It’s an opportunity to get a different perspective on animals that may by now seem familiar,” says Keely Langford, an Interpretive Specialist at the Aquarium. “These are animals that at one point or another might have been mistaken for monsters.”

While seeing a life-like thresher shark with its guts on display might sound unsettling, according to Langford the main goal of the exhibit is a new understanding. Throughout most of our history, humanity has had a fearful relationship with the sea. Early mariners and explorers would often catch quick glimpses of animals they’d never seen before, with anything from a squid, whale or even seal setting off their imaginations. Langford says their tall tales often filled the gaps in their scientific understanding.

“The early stories of kraken and things like that generally just originated from sightings of octopods,” says Langford. “When you’ve been out on the water for a while, and you’ve been imbibing in some grog, the classic story of ‘I caught a fish this big!’ can easily become ‘I saw a monster this big!’” 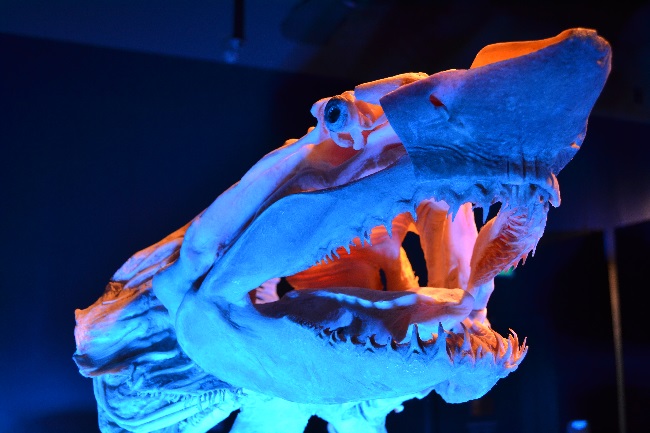 This history of fear and misunderstanding has characterized much of our relationship with the ocean, and Langford says our lack of knowledge has had repercussions of which we still don’t know the full extent.

Besides their collection of plastinated specimens, the exhibit also features drawing activities for kids, interactive displays, information on conservation and research expeditions and a 4D movie experience. Sea Monsters 4D: A Prehistoric Adventure follows the lives of a group of the ocean-dwelling dolichorynchops (or “dolly” for short). More than just a movie, Sea Monsters 4D combines sensations for all five senses, giving viewers an immersive look back at the prehistoric oceans. 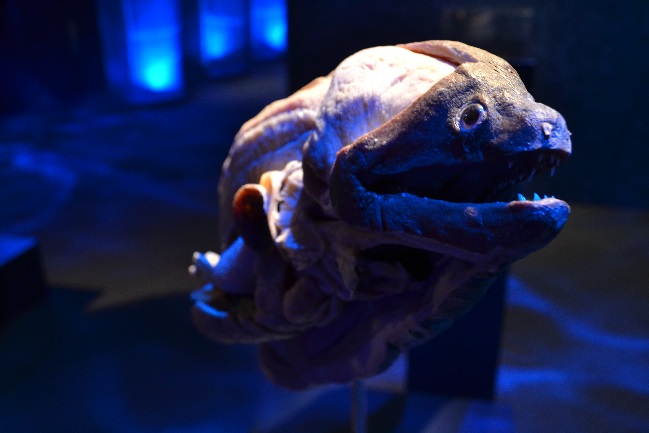 Langford says she hopes the exhibit will help ignite an interest in a newer generation, and lead to greater research and understanding of our oceans in the future.

“It would really be great to have more people spending time looking at our oceans and wanting to learn more about them,” she says. “It’s the research that reveals our gaps in knowledge, and how much we still need to learn. There’s so much that we don’t understand, and so much that we need to.” 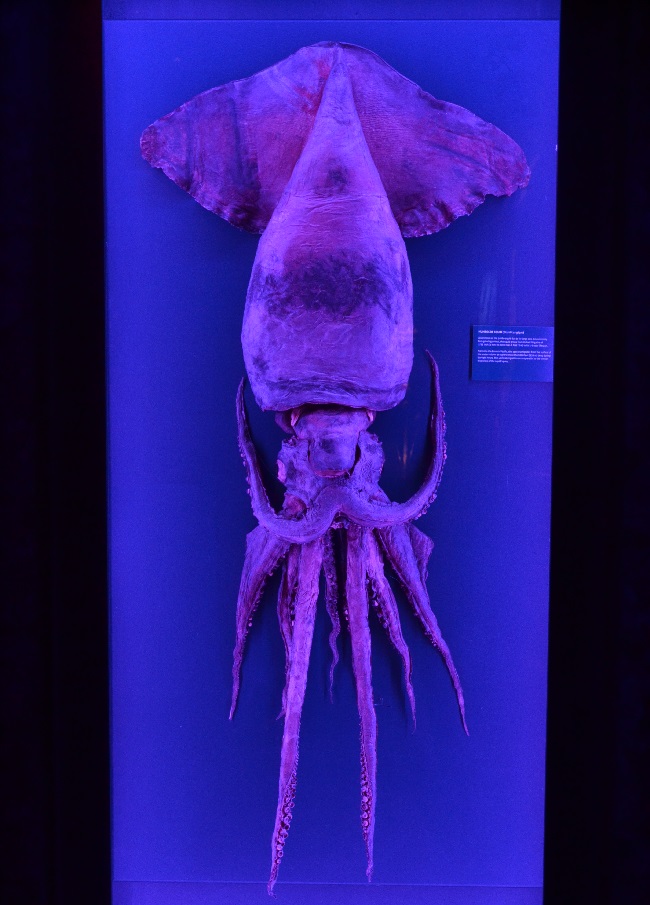