On a recent flight from Penticton to Vancouver, an Air Canada passenger was startled by a loud pop outside his passenger window. A bolt had broken off the plane and burst through the outer pane of the window glass.

Reddit user Skips_LegDay posted his story earlier this week. “So about halfway through my flight I heard a loud POP, looked out my window at a bolt that flew off the prop and broke through the outer pane.” 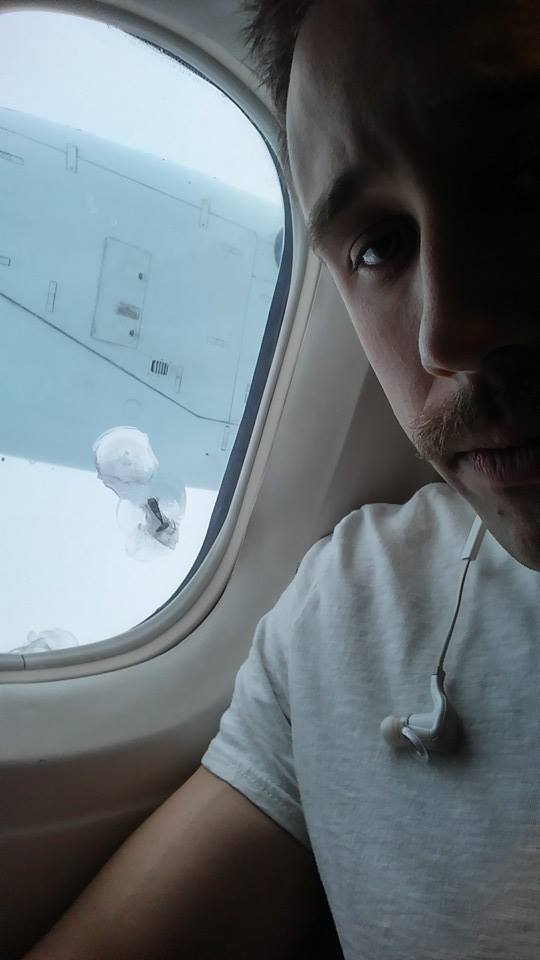 “People around me heard it and seemed nervous once they saw the source of the sound. I got up and went to the flight attendant and quietly told her what happened, she came over to see it then called the pilot. He said it will be fine until we land as the cabin’s pressurised.”

“Once we landed and people stopped snapping pics, the pilot talked to me for a while. Said he’s never seen this happen in over 25 years of flying,” he added as comments piled up on his Reddit post.

“While on descent into Vancouver on Nov. 25/14, (from Penticton, BC) flight #8353 had one of those twelve one-inch (2.5 cm) bolts come loose and strike one of the aircraft windows. The bolt struck the exterior pane (of two acrylic window panes) which resulted in a small hole in the exterior window pane – the interior pane was not impacted,” a spokesperson for the airline told MailOnline. 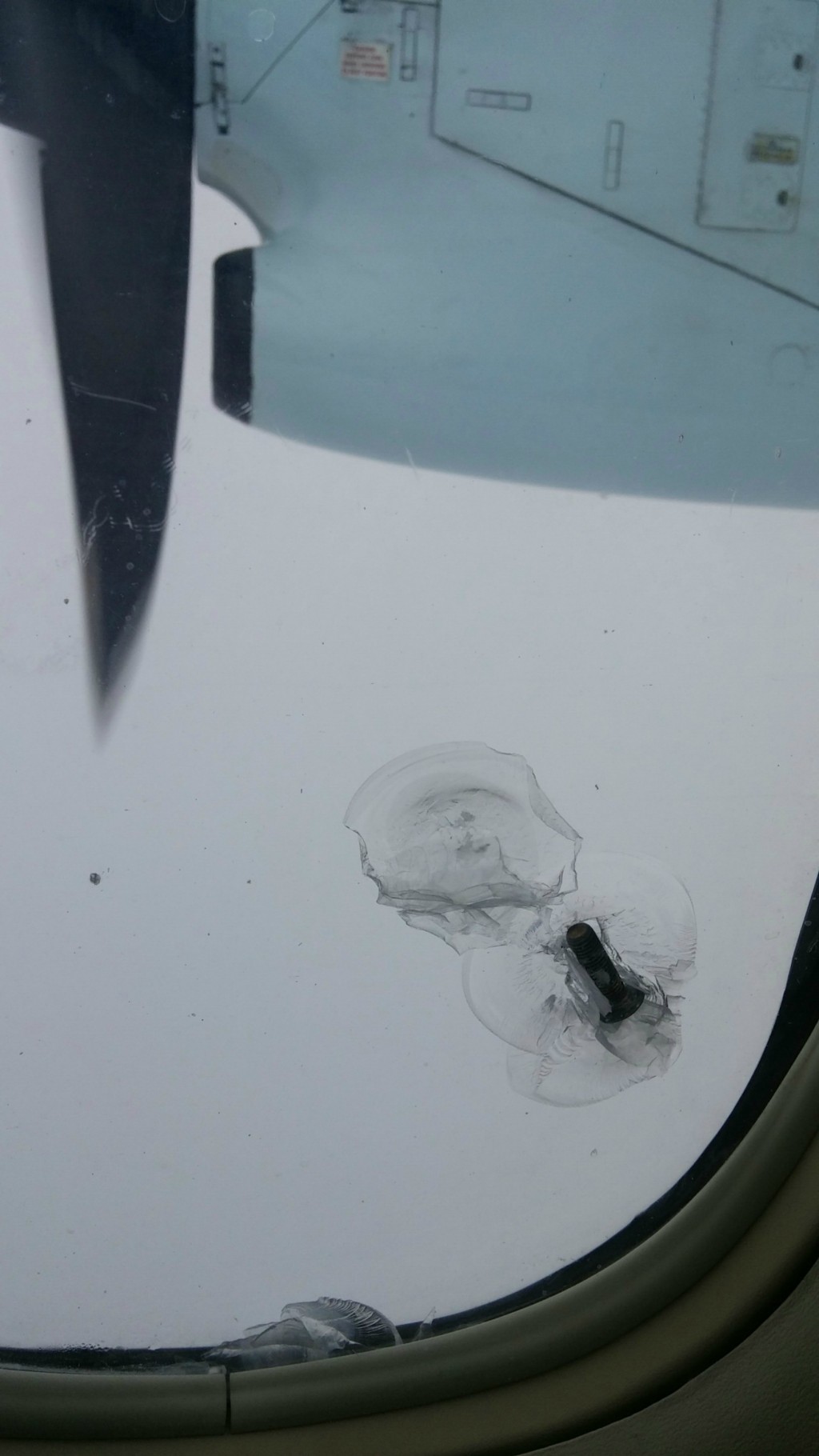 The aircraft safely landed in Vancouver. Air Canada admits the incident was highly unusual and maintenance personnel are inspecting the plane and making any necessary repairs. They have also apologized for any stress or concern the issue may have caused.

This follows an earlier Air Canada incident this month when a propeller smashed through a passenger’s window during an emergency landing in Edmonton and four passengers were sent to hospital.