Scott Hargrove is only 19 years old but is already stocking his trophy shelf with impressive wins.

Those are two very different series for which Hargrove has shown his talent and enthusiasm.

We contacted Hargrove to discuss his passion of auto racing and future.

From a young age, I was always surrounded by cars and racing. Some days it was Formula 1 on TV and other days it was my dad’s local club racing. I never really thought at the time I would get a chance to try my skills on the track, but that day eventually did come when I was 13, back in 2008. At the local kart track I hopped in a purpose build race kart and was hooked instantly. From that moment on I started climbing the motorsports ladder, getting into my first race car at 16.

When did you know you could potentially make racing a career?

I knew I had a serious shot at a career in racing towards the end of 2012 and into 2013. I started winning some big car races and at the end of 2013 came away as the USF2000 Champion (The first of 3 ‘development’ series for young drivers to work their way into Indy Car). It is a long process, one that I have to work very hard on to secure a ride in the top level of motorsports. But with continued success in 2014 I know if I keep training hard and we find some partners to come on board, Indy Car is a very realistic goal. 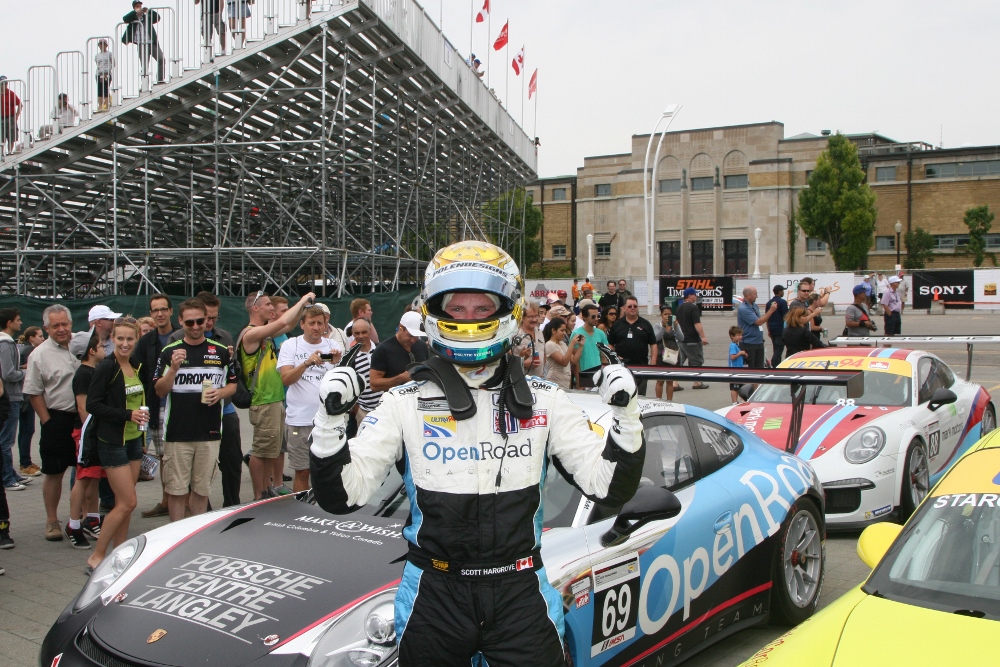 What keeps your commitment level and passion on fire?

As it is with any sport, you are there to compete and be the best. The moments where you have done just that are unrivaled in life. It is an amazing feeling and the desire to win again is what keeps you motivated. At the same time I get to drive some pretty cool racecars, and who wouldn’t want to do that?

What do you like to do in your spare time?

During the racing season, time goes by so fast it doesn’t feel like I have any spare time at all. During the small amount of time I get to come home; I unpack, wash my dirty clothes, fold them up, and throw them in the suitcase ready for the next race!

When I have time in my travel schedule, I often visit children’s hospitals, talking about fast cars and signing paraphernalia. It’s always nice to see a child’s face light up from a small toy car or a signed hat!

What’s next for you in auto racing?

What’s next is purely decided by the amount of funding I can establish before the start of next season. In a perfect world I will be racing in Indy Lights, just one step below Indy Car! If that championship goes well, I will be guaranteed to race in the 100th Running of the Indianapolis 500! So we are hoping for a partner to come on board this year, and reap the benefits of a televised race series in 2015 and the Indy 500 in 2016!

We wish Scott the best of luck in moving up the ranks and making his home city proud!