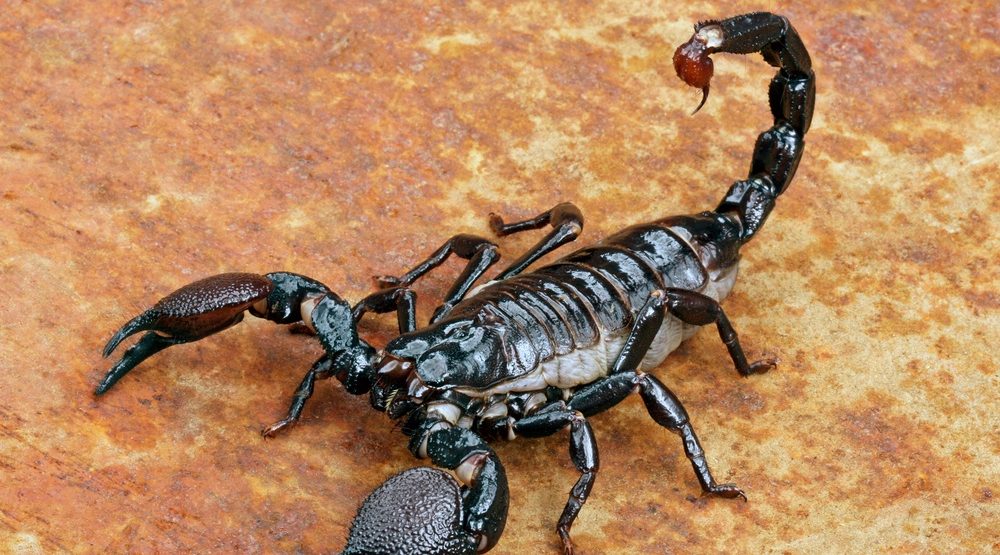 While many Vancouverites are used to the sight of arachnids in their apartments – spiders, mostly – this little bugger gave one woman a rather rude awakening.

Rachel Fox claims she was stung by a scorpion in her Coal Harbour apartment while she slept, saying in a Facebook post that she awoke to a “very sharp pain.” She says she initially thought she had rolled over onto a piece of glass, but became confused when she saw no blood.

“After about 10 minutes of confusion in which I determined that yes, I was swelling and yes, that red patch feels hot to the touch, I was about to look up something on my iPad when I noticed movement on my pillow,” reads her post. “I pulled away and by the time I reached the foot of the bed, this creature (I assume) scurried across my pillowcase.”

That, says Fox, is when she started screaming.

Her roommate called her an ambulance, and upon returning home at 2:30 am, she used a can of raid, a broom, and a frying pan to subdue the creepy critter that’s normally thought to exist in subtropical climates.

Fun fact: scorpions occur naturally as far north as Medicine Hat, Alberta, and they’re found on every continent except Antarctica.

The whole incident caused Fox, who works for the Rio Theatre, some “mild PTSD” and a tingly ring finger, but it seems like she was fine other than that.