The Grinch arrived several days early before Christmas by setting up a fake crowdfunding page that takes advantage of 18-year-old Kyle McConkey, a Tsawwassen resident with leukemia.

The fake page on crowdfunding platform YouCaring.com was convincing enough to raise nearly $400 before it was shutdown as of Monday morning. Social media accounts were also created for the fake cause, but they have since been deleted.

Apart from a slight name change to “Kyle McKlusky,” the scammer exploited the same images and information used by the real crowdfunding page that has raised more than $282,000 for what McConkey required for an experimental stem cell treatment. By the time the campaign ended, it exceeded the original goal of $250,000.

Another page on the popular crowdfunding website was also created over the weekend, however, it was taken down shortly after it went up.

Delta Police intervened in the scam and had the fake pages and social media accounts deleted. The department’s Twitter account was also flooded with messages warning of the public about the scam.

RE: Tswn teen Kyle McConkey fundraising, a scam acct (@SaveKyle_Now) has popped up w/links to fundraiser acct that appears to be fake. 1/2

2/2 the real acct is http://t.co/T44AoPAESk. The fake one has taken Kyle’s pics & premise but is not affiliated with the family in any way.

@SaveKyle_Now twitter acct has been suspended & the fundraising page is now “not active”. Still a cpl of spam accts active but clearly fakes

His battle with the rare form of leukemia began more than a year ago. His younger brother provided him with a bone marrow transplant, but the cancer returned. A second transplant failed to work, prompting the family to reach out to the public for help.

A screenshot of the fake crowdfunding page for Kyle McConkey. 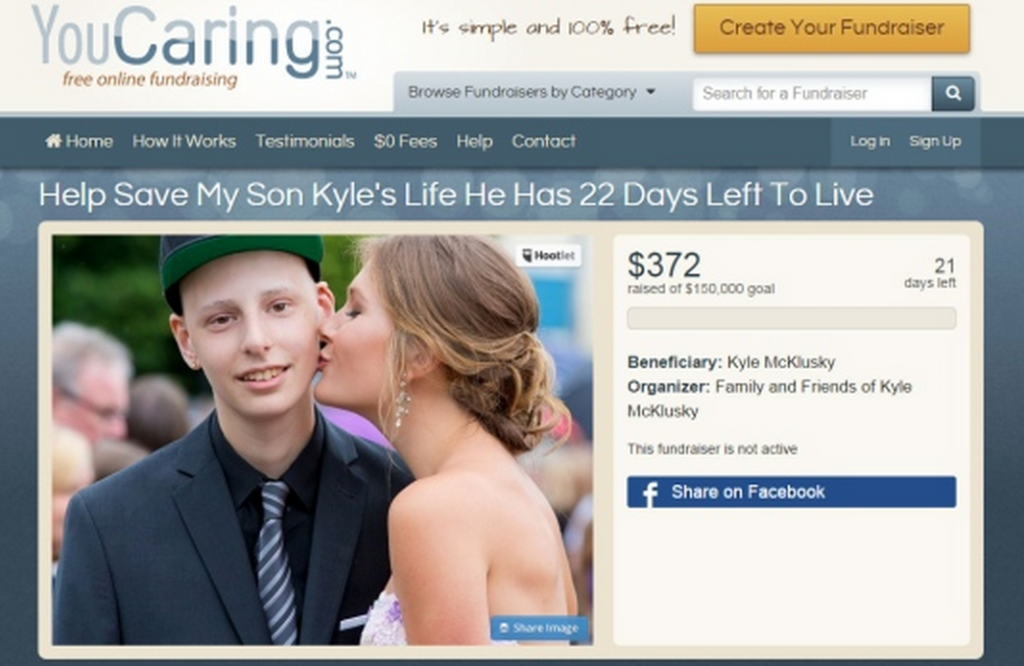 A screen of the real crowdfunding page for Kyle McConkey. 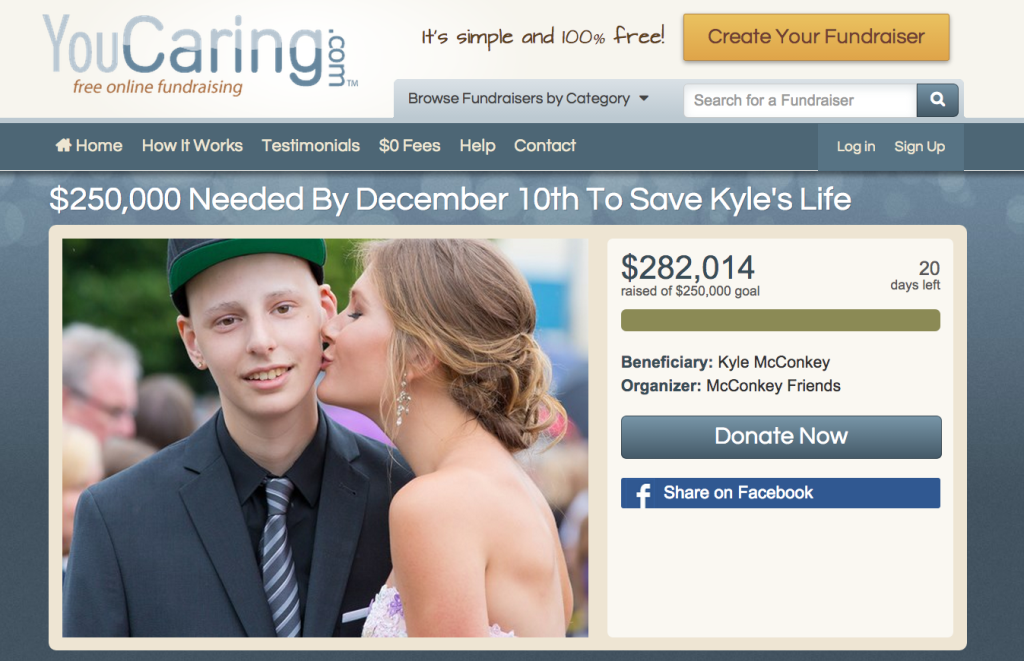