Opening with two original tracks that instantly had the audience transfixed, by a blend of Moby meet’s Enigma and a little Jean Michel Jarre thrown in for good measure, Scala and Kolacny Brothers were already making a great first impression.

The lights were low and moody to perfectly compliment the atmospheric harmonies softly drifting from the stage and I was excited to hear more.

The ‘Scala’, consisting of an all female chorus of 23, and the nibble armed conductor, Stijn Kolacny, along with composer and pianist, Steve Kolacny went on to delight the eager and supportive audience with multiple choral numbers, some of which might even be referred to as modern day anthems of our time: From recent hits like ‘Use Somebody’ by Kings of Leon and ‘Black Horse and the Cherry Tree’ by KT Tunstall to more old school tracks like ‘Shout’ by Tears for Fears, ‘Nothing Else Matters’ by Metallica, ‘Every Breath you Take’ by The Police and even ‘With or Without You’ by U2, they constantly had me guessing about how they would interpret each track to give it a completely new sound, heart and soul. 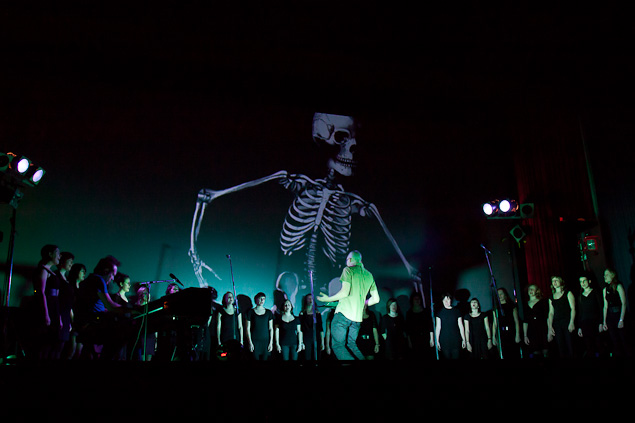 As well as captivating sound, the show was perfectly complimented with fascinating visuals. The brilliantly dramatic and macabre rendition of Marilyn Manson’s, ‘The Beautiful People’ was profoundly accented by the background visuals of an animated dancing skeleton that held the performance together perfectly.

I found that throughout the show the blend of voices in perfect unison softly annunciating modern lyrics, juxtaposed with crescendos of juicy harmonies to be hauntingly magnificent – and even in songs as confrontational as ‘You Oughta Know’ by Alanis Morisette, the magic spell was cast. It is amazing how much more offensive the F word becomes when it’s sung politely! 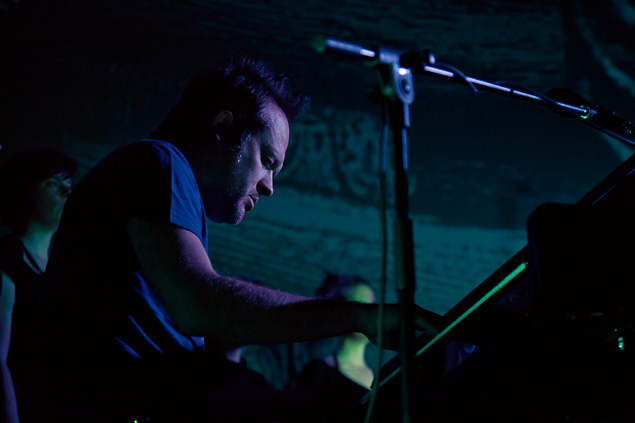 Despite being delighted by the novel and inventive interpretations of popular music provided by the Scala, I would still have to proclaim that my favorite performance of the night came in the form of an original composition by Kolacny entitled ‘Rain Tears’. To a backdrop of sad nuns in animation riding in a train and floating off up into the sky, the melancholy power of their rousing harmonies and sadly chilling cord progressions had me almost on the edge of my seat.

This was the opening night of their North American tour, here in Vancouver. Performing to a close to full house, at the Rio Theatre, the Kolacny brothers seemed happy and yet humble, proclaiming that our presence had far outweighed the expectations they had held for an audience of 4; consisting of their tour manager, the bus driver and the theatre ushers.

And how could they not……for an Encore: perhaps their best known track and the one that put Scala and Kolacny Brothers on the map, ‘Creep’ by Radiohead, found on the trailer for Oscar winning movie ‘Social Network’. 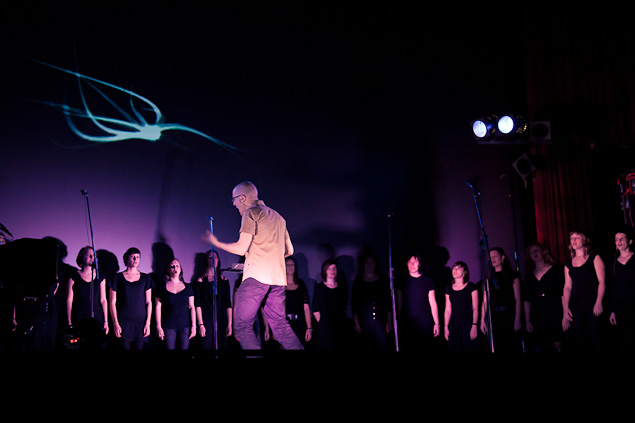