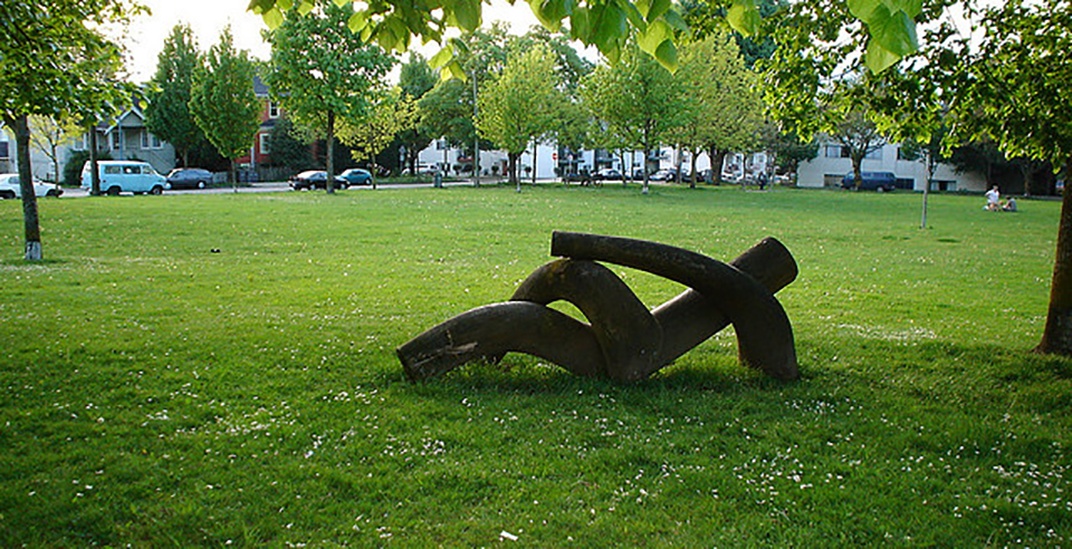 A campaign to save the dude sculpture at Dude Chilling Park is underway – and organizers need your help to make sure the dude continues to abide in Vancouver.

The wooden sculpture, called “Reclining Figure,” was donated to the City by artist Michael Dennis in 1991, for display in Guelph Park.

In 2012, the sculpture inspired the now infamous Dude Chilling Park sign and an unofficially successful campaign to rename the park after its dude. 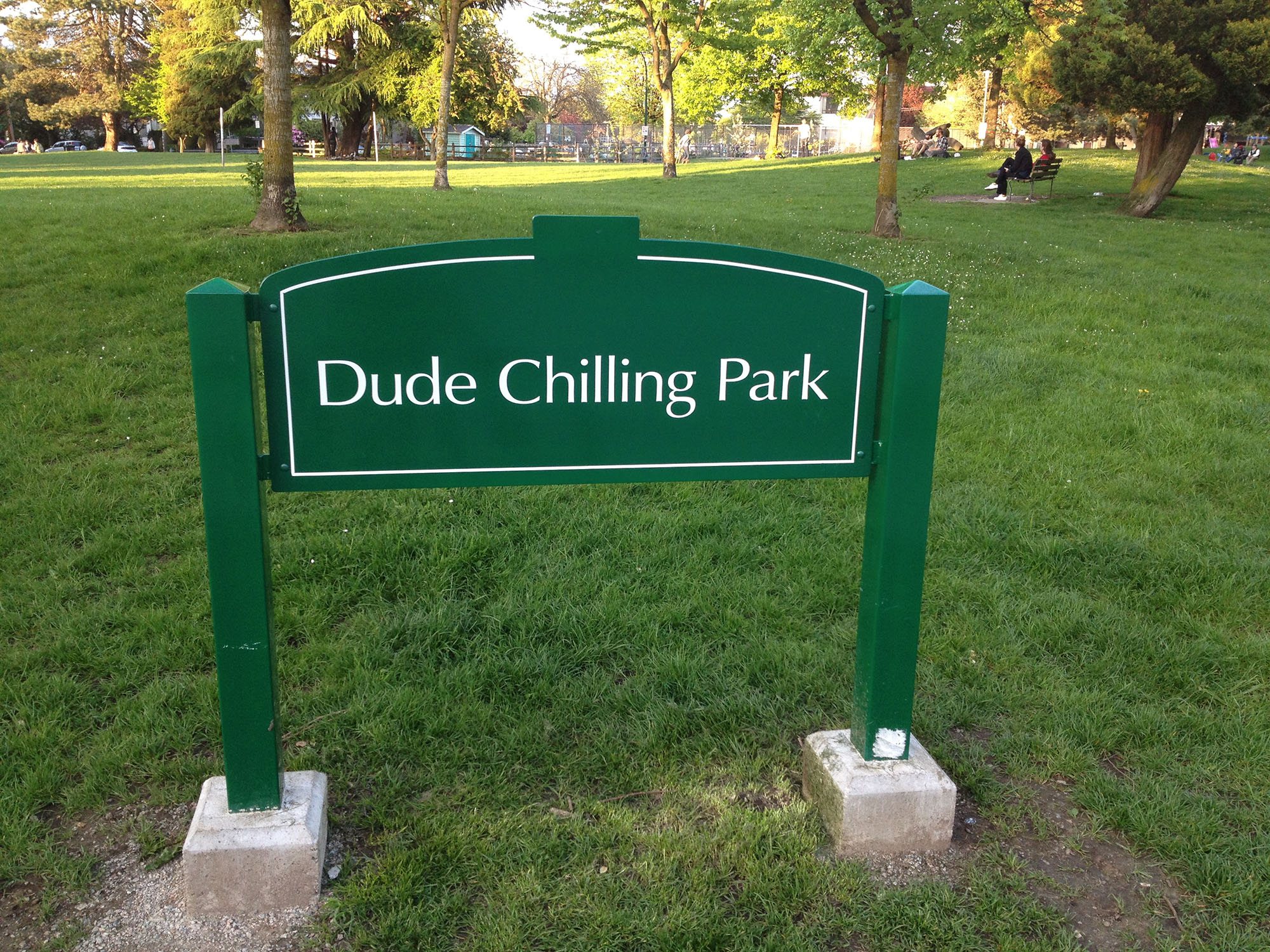 But over the years, the cedar carved dude has deteriorated significantly and now needs to be cast in permanent bronze, so it can stay.

Michael Wiebe, Vancouver Park Board chair, told Daily Hive the #SaveTheDude campaign is hoping to cover the cost of the bronzing process.

“I think it’s one of those iconic pieces in Mount Pleasant. It’s a unique piece,” said Wiebe, who loves the park’s unofficial Dude Chilling moniker.

“It’s such an iconic name, because it showcases us thinking outside of the regular terms when we’re looking at our open public spaces.”

“It showcases the creativity of Mount Pleasant.”

Wiebe says the Park Board has already covered the cost of removing the sculpture and storing it while funds are raised for it to be cast in bronze.

“I think it’s great that we’re looking at a way we can work with the artist,” said Wiebe. “It was his idea to bronze it, so it will be there for generations to come.”

Meanwhile, the #SaveTheDude campaign is a grassroots effort of the Mount Pleasant Community Centre Association.

Wiebe is fully on board, as a director of the Mount Pleasant Business Improvement Area, and owner of the Eight 1/2 Restaurant Lounge on East 8th Avenue.

The restaurant owner even struck a deal with R&B Brewing, so for the month of July, 50 cents from every four-pack sale of the Dude Chilling Pale Ale went to #SaveTheDude. 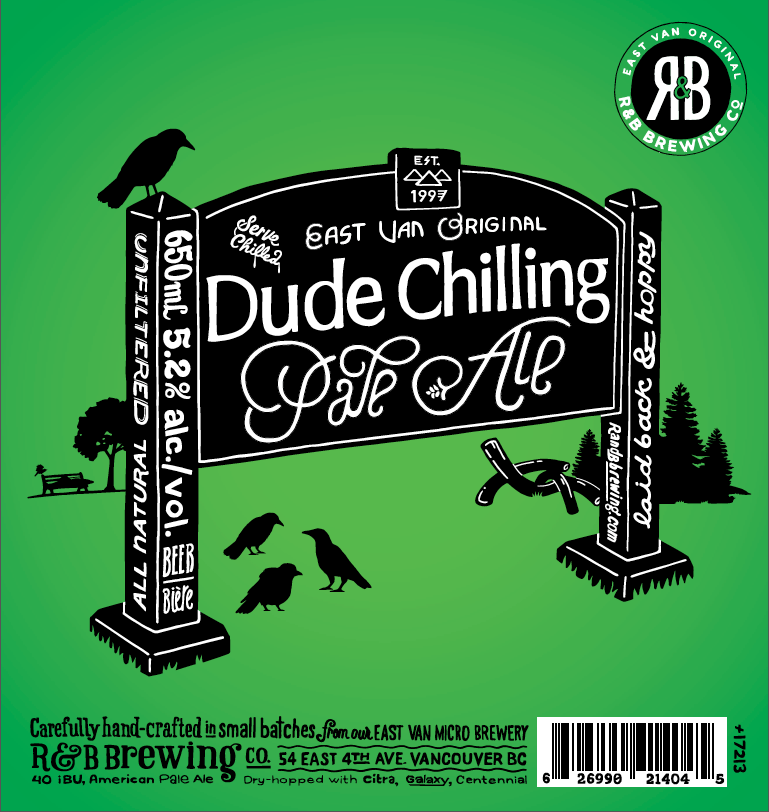 Brent Cummings, R&B operations manager, told Daily Hive the Dude Chilling beer is their bestseller, and was named when their brewers were chilling in the park.

“Every time I come back from travelling I find Vancouver that much more gentrified and soulless,” said Cummings.

“We want to be a little bit different, we want to let people know that, ‘Hey, there is a little bit of real-life living in the city of glass and concrete,’ and the dude is a big part of that.”

Cummings said he knows some people may question why they’re raising money for a piece of art, when there are other concerns in Vancouver, like the Downtown Eastside.

“There’s a massive connection between community and art,” he said. “You’ve got to continue with other aspects of trying to connect with the city.

“That’s the entire identity of what R&B is about…It’s a really important message for us – it’s about who we are. Maybe a Vancouver that we can somehow transform.”

If you want to donate to help bring the dude back to Dude Chilling Park you can do so:

All funds raised up to $30,000 will be matched dollar for dollar by The Christopher Foundation. 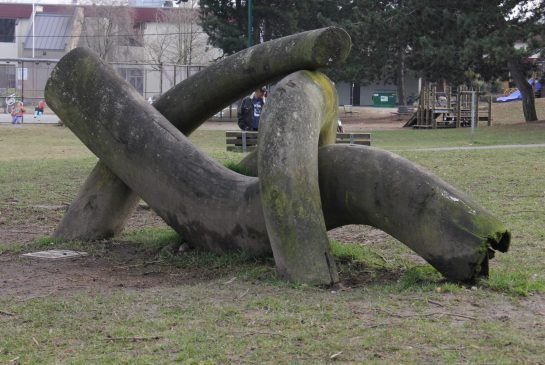