NASA satellites are keeping a close watch on the massive wildfires burning in southern British Columbia.

A satellite captured today’s space view of the South Coast of the province: a massive thick blanket of wildfire smoke covers much of the Lower Mainland, the Strait of Georgia, the southern half of Vancouver Island and parts of the Olympic Peninsula in Washington State.

The smoke is sourced from wildfires burning across the province, particularly the interior regions. The closest major fires to Metro Vancouver are currently the 200 acre Sechelt wildfire, 60 kilometres northwest of Vancouver, and the 29,652 acre Pemberton fire just north of Whistler.

There are currently over 100 wildfires in B.C. larger than 25 acres in size, which is roughly equivalent to the area of Vancouver’s PlayLand amusement park.

Poor air conditions are expected to continue throughout the week as more hot and dry weather is in the forecast.

B.C. residents are reminded that a province-wide ban on the use of fireworks, campfires and open burning is in effect. The fire rating within the City of Vancouver, including Stanley Park, was also recently upgraded to ‘extreme’. 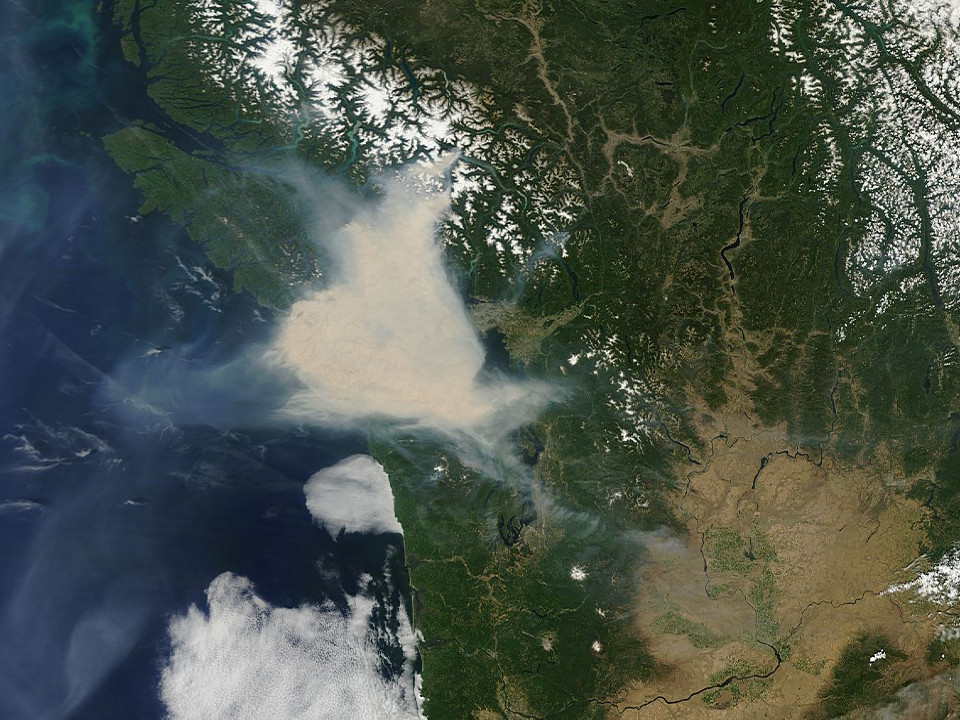 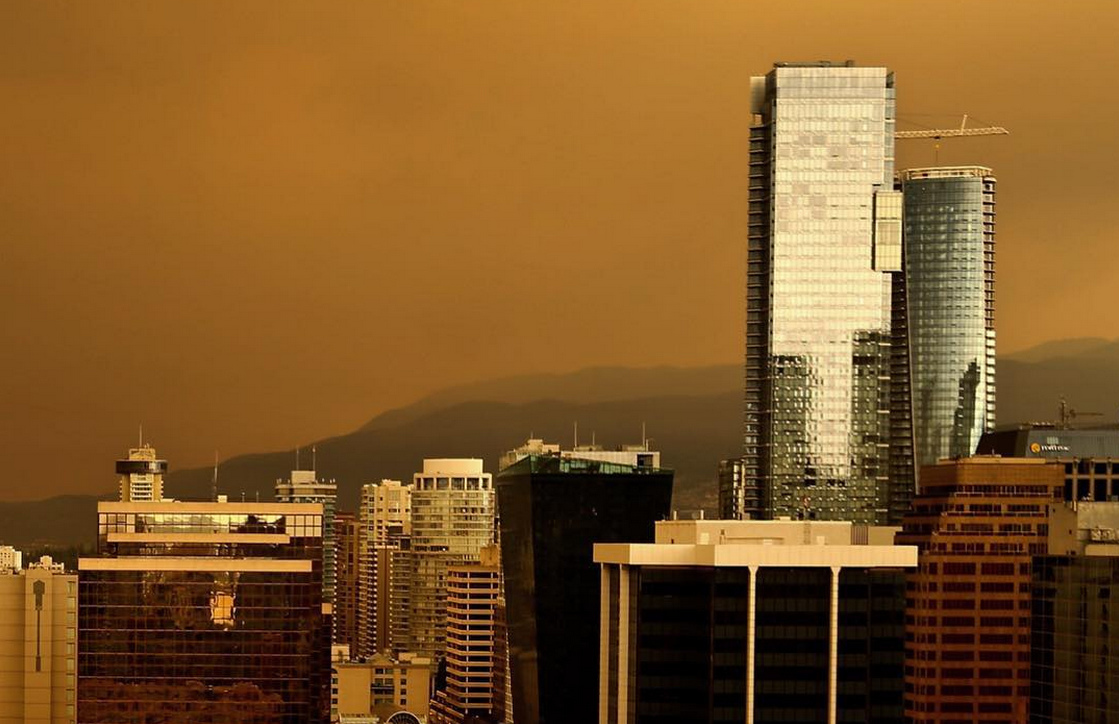 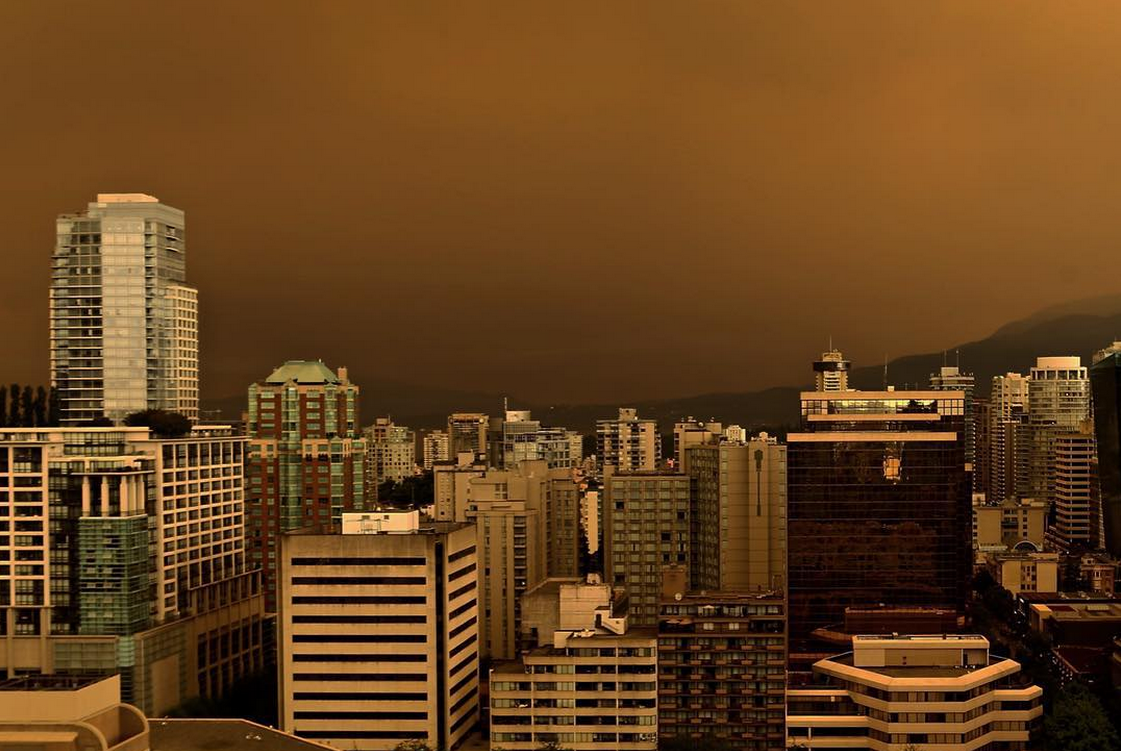