The 8th Annual Vancouver Rogers Santa Claus Parade will take place on Sun December 4th at 1pm in Downtown Vancouver. It should be noted that this year the parade’s route has changed due to the ongoing Occupy Vancouver protests at the Vancouver Art Gallery.

Having attended the last few years, I’ll definitely be checking it out once again this year, even though I found last years parade a little underwhelming. I think it could benefit from more floats and perhaps bleacher seating. That being said the parade is still a definite hit with young ones waiting to catch a glimpse of jolly old Saint Nick.  It’s estimated that over 300,000 people will watch the parade, making it one of the larger parades in the city. 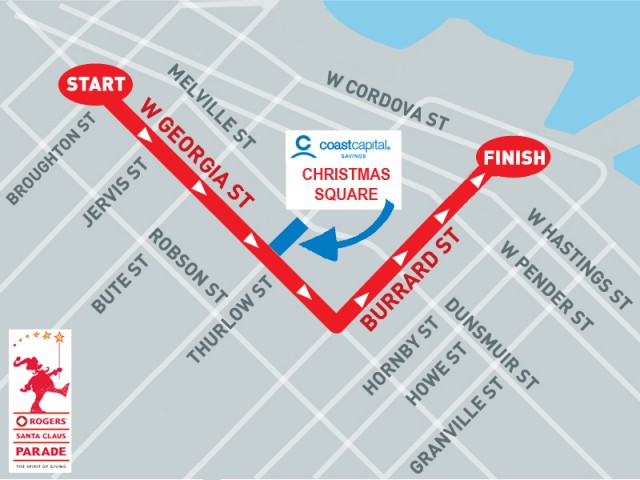 Image: I’m Only Here for the Food