The 20th annual Salmon Arm Roots and Blues Fest happened this last weekend. It is a longitme summer favorite for Interior BC folk, with some people coming from as far as Vancouver Island and Alberta to attend the laid back festival. The festival is known for seeking out fresh acts and putting them up on a stage before others take notice. The list of discovered stars includes K’Naan, Feist, and Shane Koyzcan. This year, like most years past, the Vancouver music scene played a big role in the festival, with a few popular Vancouver bands taking to the main stages of the 3-day festival in beautiful Salmon Arm, BC. 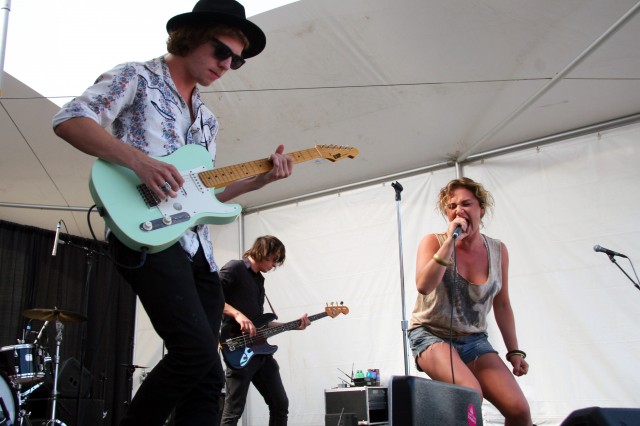 No Sinner played an early set to a sleepy crowd Saturday morning at the CBC Blues stage. The band is fronted by Colleen Rennison, a sexy blues/soul singer and backed by a couple talented hipster guitarists and a chill drummer. They closed down with the recent single “Boo hoo hoo” and received a standing O, not too bad for a fresh young band out of Vancouver. 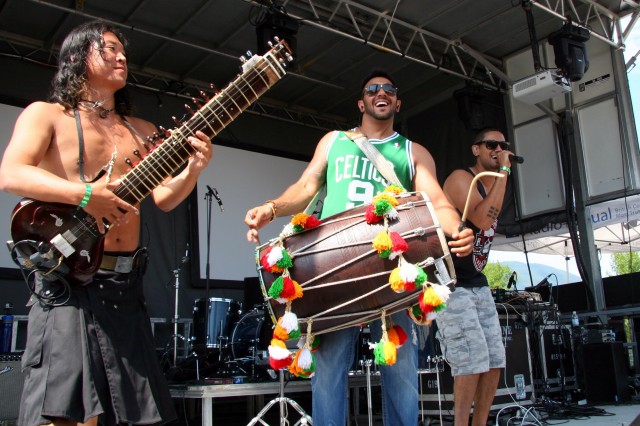 Delhi 2 Dublin played two sets at the popular Boogie Bar-N-Stage. They were excited to be back after five years, and we were excited to have them. Their fusion of bhangra, celtic and electronica styles span the audible taste buds of all. Coming from East Vancouver, using traditional musical instruments from India and Ireland such as the tabla, sitar, dhol and fiddle; they are not only entertaining to watch but they sound quite unlike anything else. Mid-set at the early show, the DJ hopped the fence and helped the crowd get fired up with some audience participation. Dust enveloped the crowd with all of the foot-stomping good times that were being had. D2Ds second set went mental, closing down their set with a remix of Fatboy Slim’s 90’s hit, Praise You. 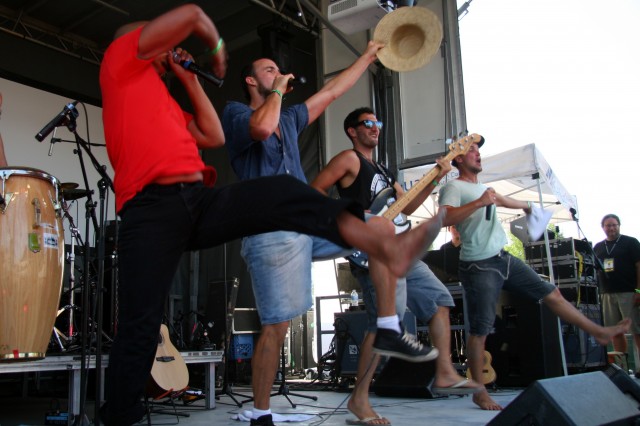 The Boom Booms are yet another East Vancouver band. By creating an interactive performance with the audience, they bring a super high energy set of folk-rock and soul. Their performance included lead singer, Aaron Ross, directing the entire audience to crouch down and hop up from atop a speaker, and doing an onstage group can-can dance. 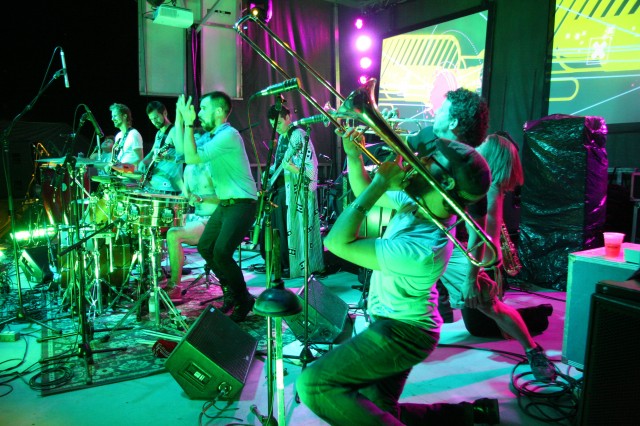 Five Alarm Funk thrilled festival-goers two nights in a row with a jam-packed main stage headline performance on Friday night, followed by another headlining performance at the Boogie Bar-N-Stage. The Vancouver band is well known at Salmon Arm, and says they have been waiting for this headline performance since the first year they played Roots and Blues. They play mainly percussion and brass that is appealing to all audiences.

Article and photos by James Oborne