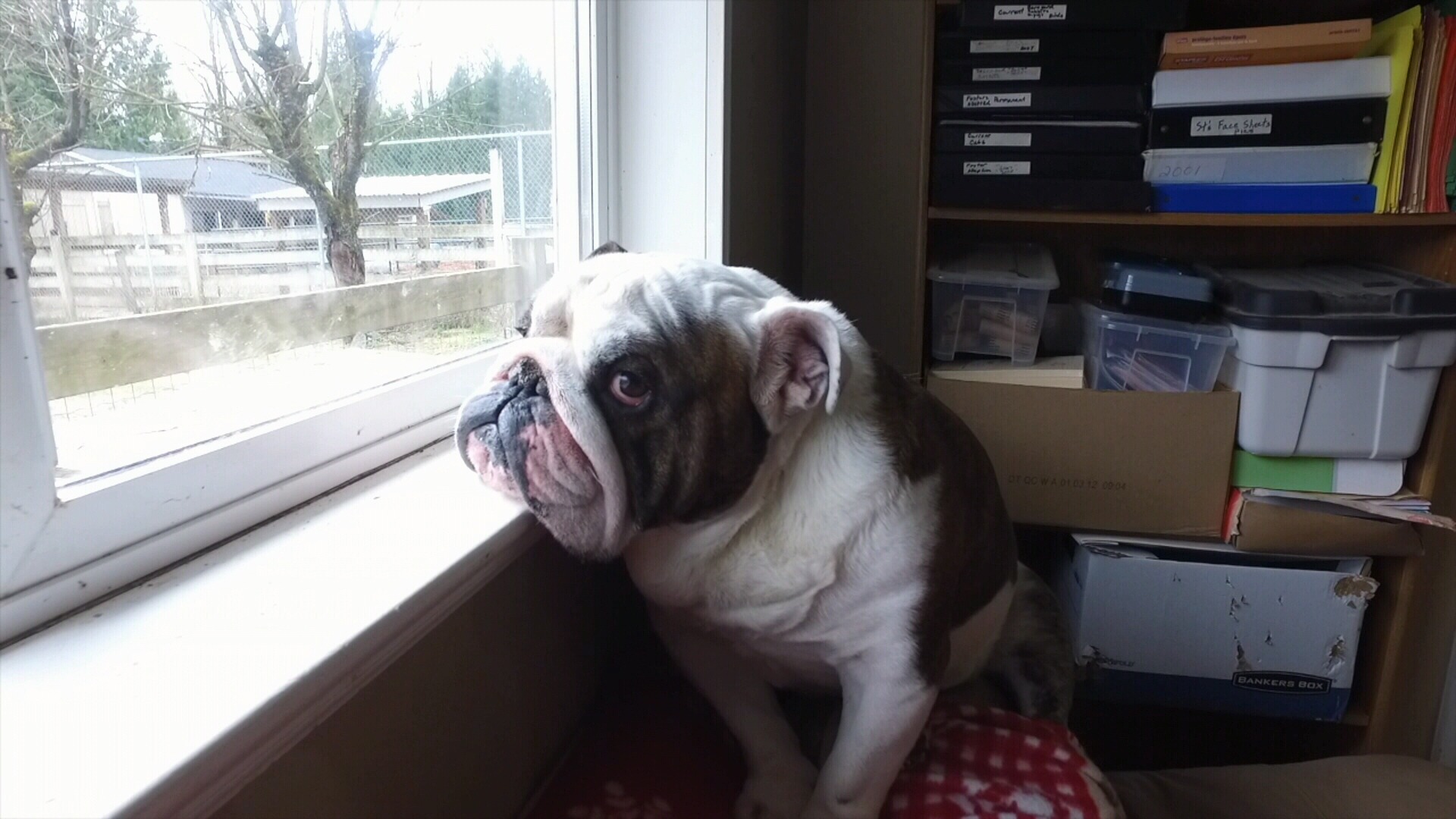 At SAINTS Rescue, a sanctuary for old, sick, and unwanted animals in Mission, BC, Diesel the Bulldog is what they call “a lifer.” He’s never going to be adopted out, and that’s totally fine with SAINTS.

Surrendered to a vet because of aggression issues with both people and dogs, the unpredictable curmudgeon has a history of biting when fearful. As staff say, he will literally bite the hand that feeds him.

He only tolerates a few of the volunteers, but those who work with him adore him, and he is treated like a king, and roams the sprawling property like royalty.

Like many of the “lifers” at the suburban farm, this special case has found a forever home at SAINTS, where no animal is deemed too problematic to be given a second chance.

To keep Diesel and the people around him safe, the bad boy has his very own decked-out bedroom in the multi-purpose, or MP, building. It’s an old garage converted into five care rooms menagerie members that need extra care, are general misfits, or need to be housed away from the general population in the main house because of medical or personality reasons. 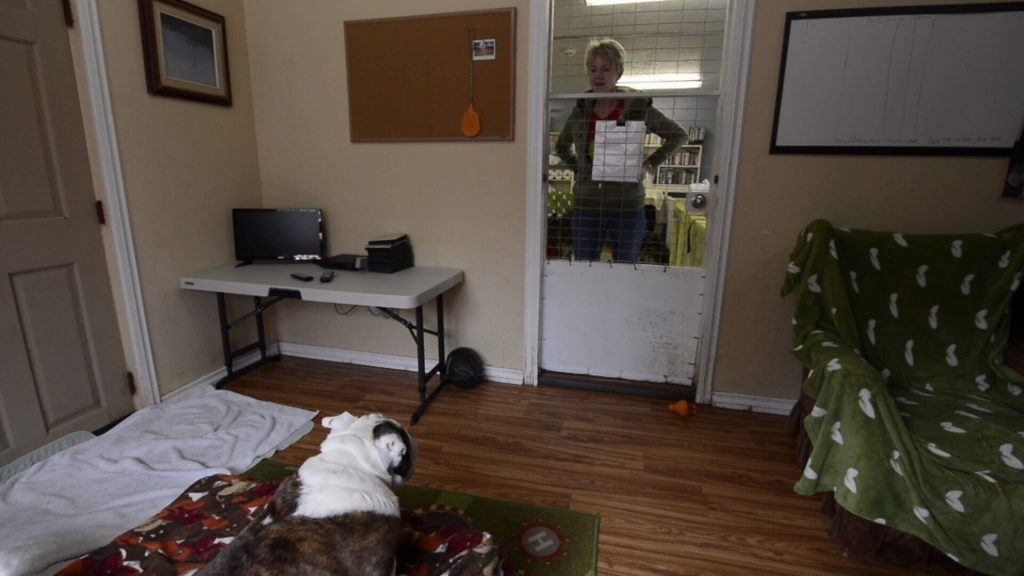 Diesel in his bedroom (Image: SAINTS) 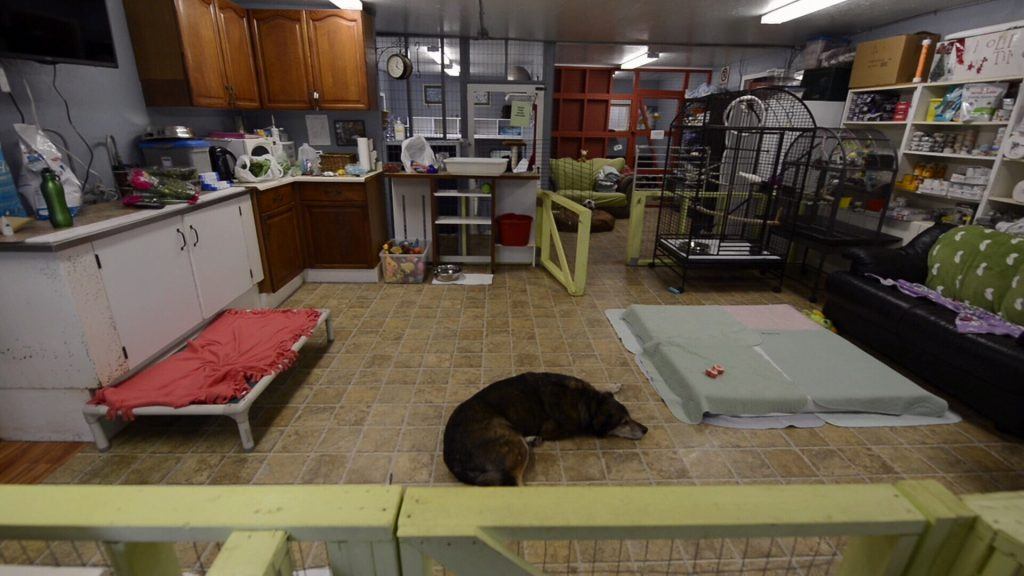 Right now, 31 animals call the MP rooms home. There are four other dogs, including Oscar, another owner-surrender for biting, and 10 cats, including seniors, abandoned sickies, and shelter transfers.

Ten rabbits, including one saved from a meat farm and one found on the street, reside here, as well as Donatella the red-eared slider turtle, and Poppy, an ancient arthritic pig found discarded on a local mountain. 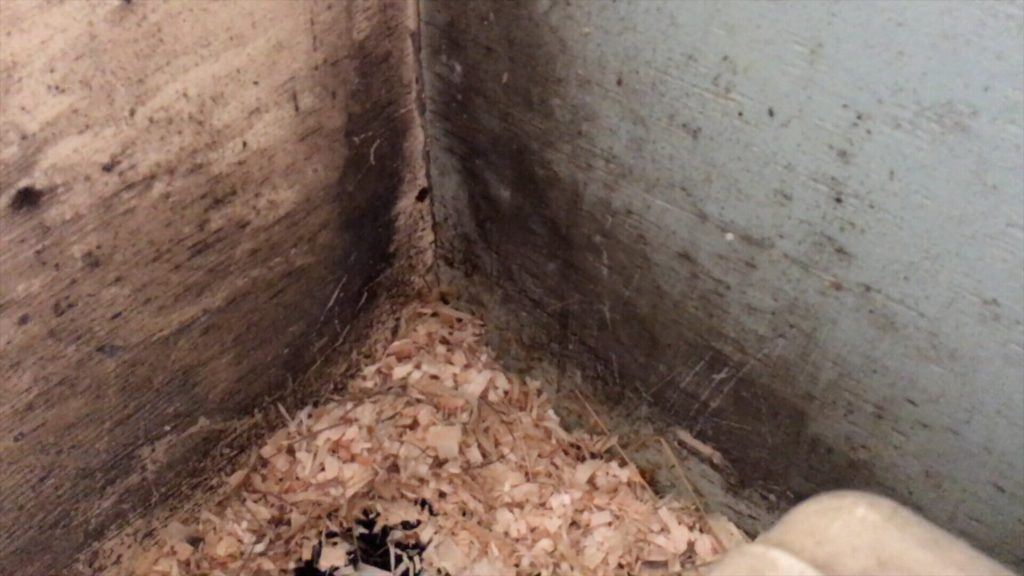 But there’s a silent problem strangling this special section of the sanctuary from the inside-out: black mold. And rot. It’s everywhere. Creeping up the kennel walls and hiding in the damp windowsills. There’s fungus that staff has to slough off every few days. 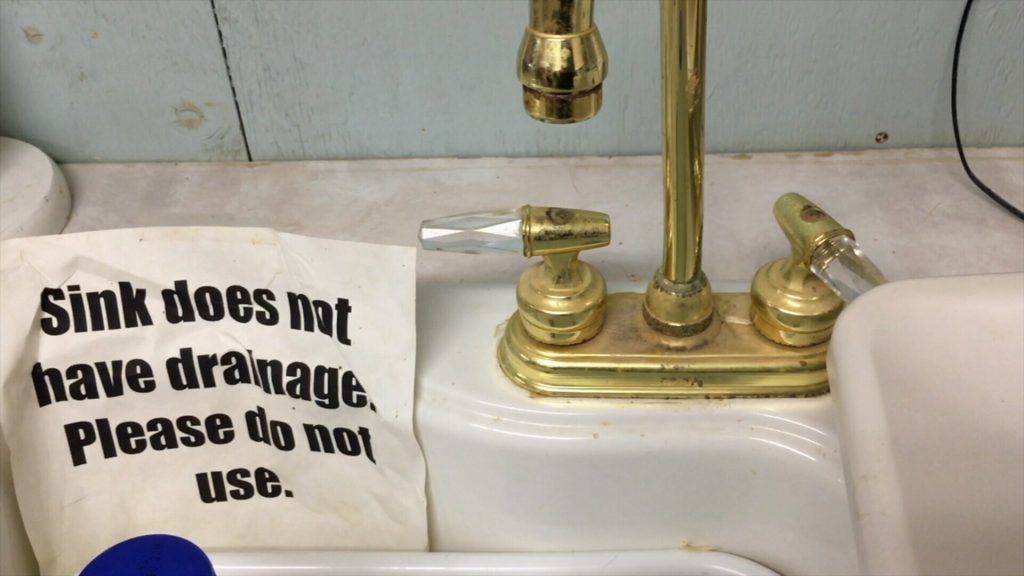 The root cause is the overwhelming humidity. The old garage was renovated almost 10 years ago when SAINTS first opened, with a very small budget. The building was never intended to house dozens of animals, but that’s what’s happened as the sanctuary expanded and more palliative and unwanted animals found their way to the rural property.

Compounding the problem is the fact the water isn’t running. That means staff need to go outside to wash dishes, fill buckets to clean floors, and fill up water bowls. Even with dehumidifiers running constantly, the issue is getting worse. 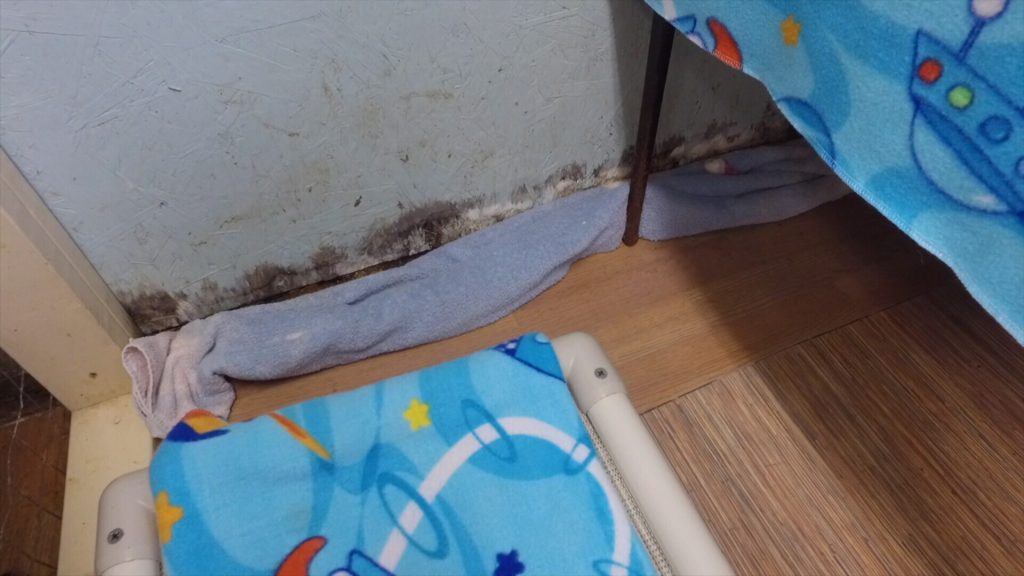 The MP room needs immediate upgrades for the safety of the staff and the animals. Just as mold is a serious issue for humans, animals can have the same issues with excessive mold, including respiratory issues. Those hazards are compounded for elderly animals and those with compromised immune systems (i.e. the majority of residents at SAINTS).

Between insulating, re-siding, installing ventilation, connecting new plumbing, and installing fresh hardy board, fixing the mold and rot problems will cost upwards of $30,000.

SAINTS costs $450,000 annually to run. Nearly all of that money comes from public donations and it doesn’t go far when you’ve got 130 elderly and sick animals requiring constant and pricey veterinary care.

The non-profit sanctuary is crowdfunding to raise the cash to fix the MP room. It’s critical to caring for its most vulnerable animals. Doing basic health and safety renovations isn’t the sexiest project but it’s one that’s critical to animal welfare. It would mean the good people at SAINTS can focus on what’s really important: helping the unloved animals that have nowhere else to go.

Click here to donate and learn more about The Amazing Raise campaign. 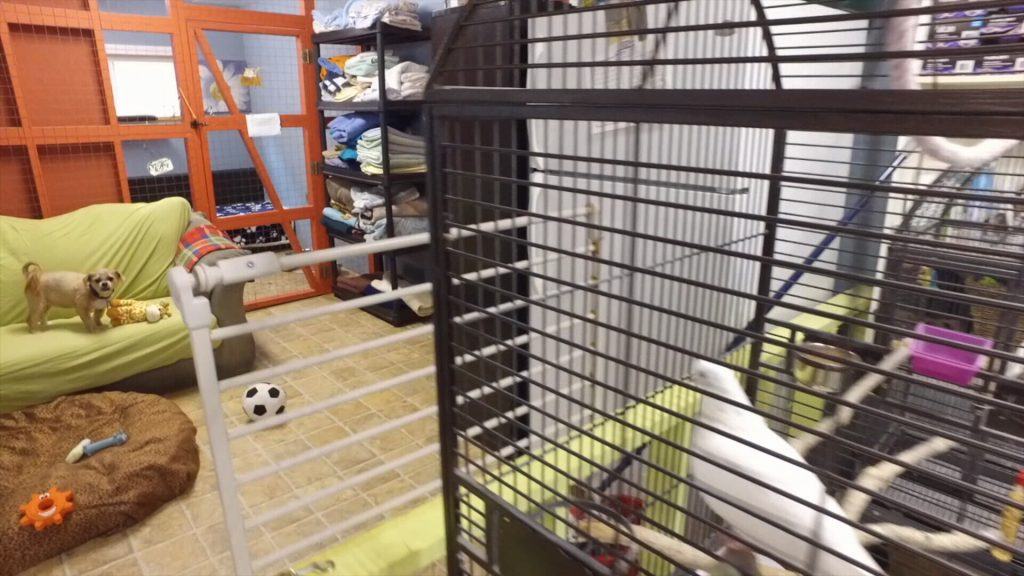 The residents of the MP building. (Image: SAINTS)