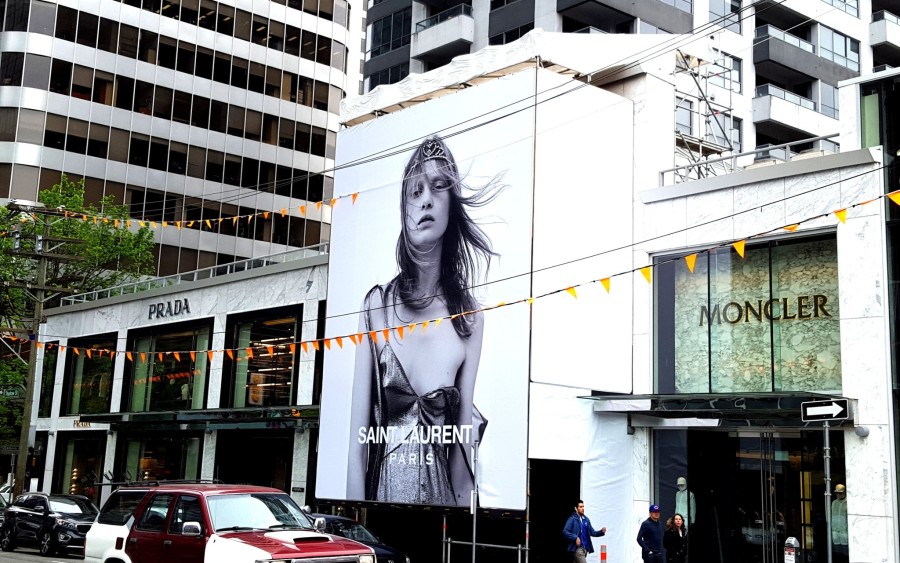 Other upscale Carlyle tenants such as De Beers and Tory Burch are within minutes of the front doors. Hoarding for the new Saint Laurent store went up over the weekend and displays a larger than life two-storey advertisement of what can only be described as a ‘grunge princess’ in barely there wardrobe that may push the envelope for Robson Street shoppers catching a glimpse from the re-launched Aritzia. The style is very European, dark and edgy. 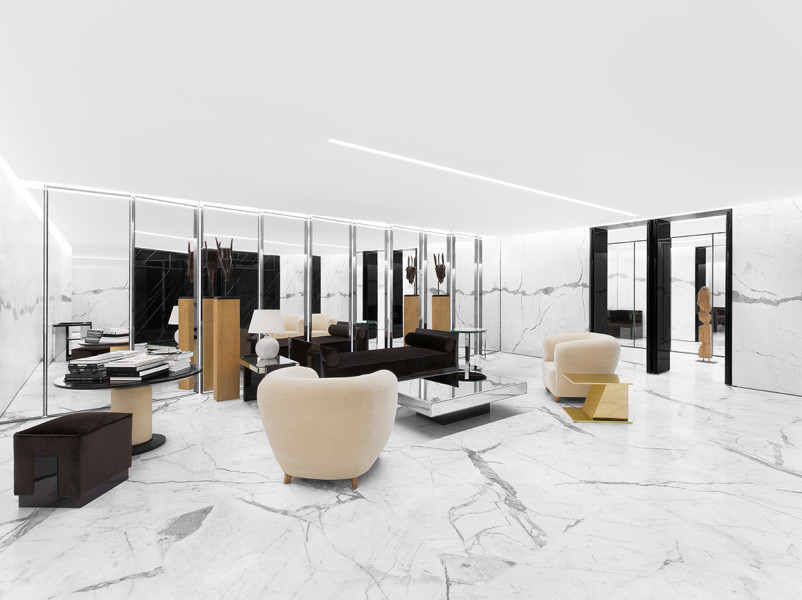 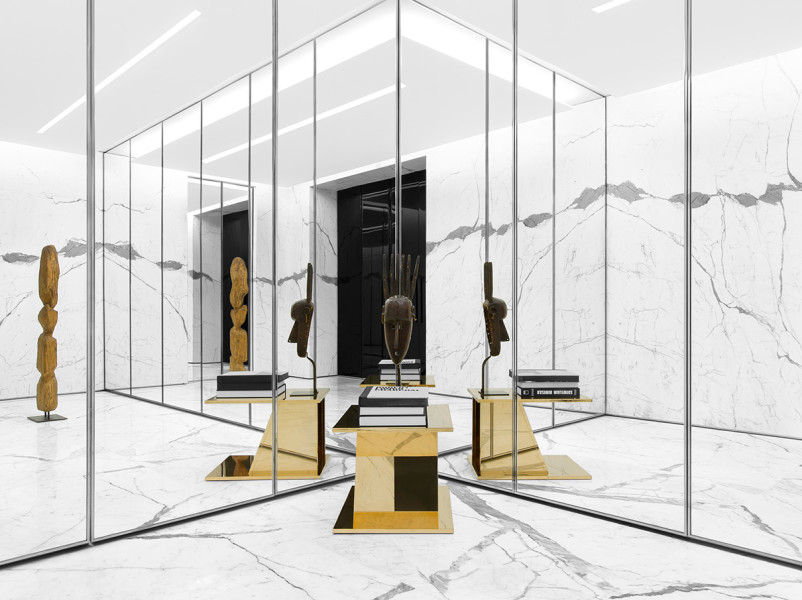 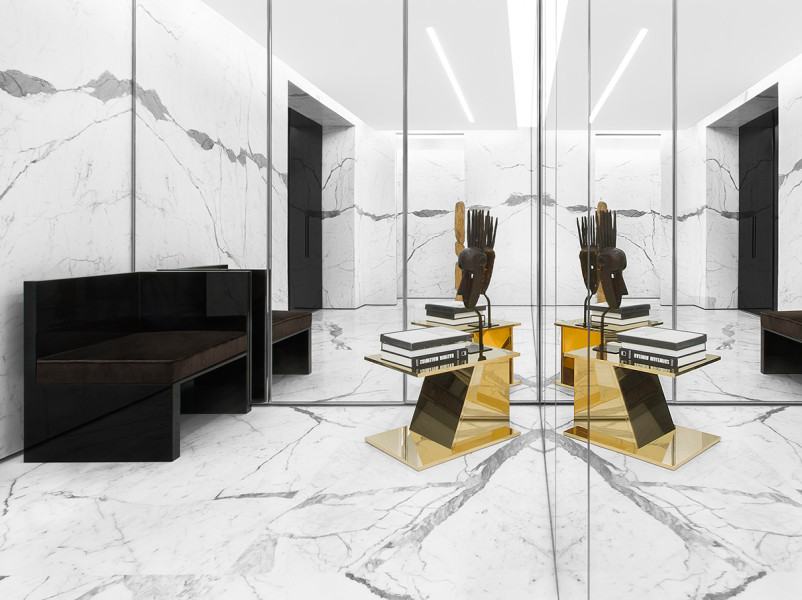 According to Craig Patterson of Retail-Insider, company representatives were in Vancouver last week, confirming that the city’s Saint Laurent store will feature the brand’s women’s and men’s ready-to-wear collections, as well as accessories and footwear. Women’s fashions will be on the main floor, menswear will be located on the second level, and a basement space will be dedicated to offices and storage.

Saint Laurent women’s ready-to-wear and accessory boutiques opened within Vancouver’s flagship Nordstrom in September of 2015, and a limited selection of men’s Saint Laurent fashions are carried at Leone and Holt Renfrew in downtown Vancouver.

When it opens, the “Luxury Zone” Saint Laurent store will be the largest in Canada. Only its New York City (14,000 square feet at E. 57 Street) and Beverly Hills (10,000 square feet on Rodeo Drive) stores are larger.

Saint Laurent currently operates 17 freestanding and two outlet stores in the Unites States. Operated under the Kering umbrella of luxury brands, with other fashion luminaries such as Gucci, Bottega Veneta, Alexander McQueen and cruelty-free queen Stella McCartney, Saint Laurent has a new creative director in Antony Vaccarello after the recent departure of Hedi Slimane.

Founded in 1961, Yves Saint Laurent is one of the world’s most prominent fashion houses. It was the first Couture house to launch in 1966 with a modern concept of luxury women’s prêt-à-porter, in a collection called ‘Rive Gauche’ which is highly sought after by both vintage collectors and modern resellers. Throughout the years, its groundbreaking styles have become iconic cultural and artistic references and its founder, the couturier Yves Saint Laurent, secured a reputation as one of the twentieth century’s foremost designers.

Yves Saint Laurent is a global brand at the vanguard of fashion, designing and marketing a broad range of women’s and men’s ready-to-wear products, leather goods, shoes and jewellery. Through licensing agreements, it is also a major force in fragrances and cosmetics.