After a four month search, the City of Vancouver has named Sadhu Johnston as the new city manager.

Johnston has been the interim city manager since Penny Ballem was ousted in September of 2015. 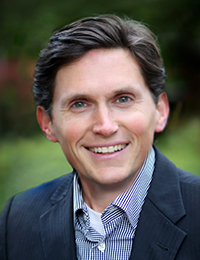 “Sadhu has demonstrated outstanding leadership at both the local and international level and has helped drive innovation across the organization. Council believes that he has the right skillset and vision to help take Vancouver to the next level as we tackle our affordability challenges and make Vancouver an even better city to live in,” says Mayor Gregor Robertson in a statement.

Prior to assuming his role as interim city manager, Johnston was deputy city manager since 2009 and was instrumental in the development of Vancouver’s Green Action Plan. He was the City of Chicago’s environmental officer before making the move to Vancouver.

The decision to oust Ballem as city manager was a joint vote between Mayor Robertson and city council members. Councillor George Affleck was critical of the move at the time, since four senior management positions were left empty.

Robertson praised Ballem for “driving transformative change” in the city and “demonstrating outstanding commitment to the City of Vancouver and all of its residents.”