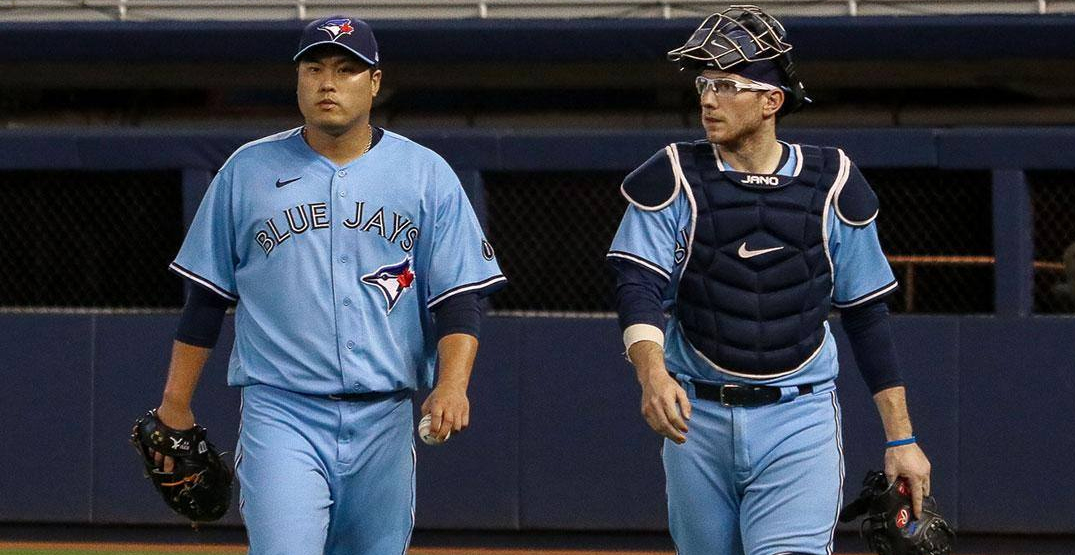 The Toronto Blue Jays played well enough to earn two extra games in September, but it wasn’t enough to propel them into October.

The Tampa Bay Rays eliminated the Blue Jays from the postseason after a lopsided Game 2 victory 8-2 in what was the deciding game of the Wild Card series. The Rays move onto the division series and the Blue Jays will pack their bags and go home for the winter.

Toronto turned to their number one starter, Hyun-Jin Ryu on an extra day of rest. After he earned the victory in the Blue Jays’ playoff clincher last Thursday, he figured to be well-rested for the do-or-die game.

While Game 1 was a much closer affair, Game 2 was over before it barely even started. The Rays came out swinging in the first inning, stringing together four hits and getting to Ryu early for a 1-0 lead.

Those four hits in the first inning matched the Rays entire hit total in Game 1. All things considered, the first inning could’ve been much worse for the Blue Jays, but this laser of a throw from Lourdes Gurriel Jr. cut down Mike Brosseau at second base.

If you slide in our DMs, @yunitogurriel will throw you out 🍍😤 pic.twitter.com/w0w0sQFL6M

But it may have been a precursor to come as Tampa Bay picked away at Ryu put up a six-spot in the second inning, punctuated by a two-run home run from Mike Zunino and a grand slam by Hunter Renfroe.

🎶 And we won’t back down 🎶 pic.twitter.com/8nCijyicxt

Something seemed off with Ryu as his fastball velocity hovered around 88 MPH, and he maxed out at 90.7 MPH. Not only was something amiss with his fastball, couldn’t get a feel for his secondary pitches, including his usually elite changeup.

Ryu’s final line read as 1.2 innings, 45 pitches, 8 hits, 7 runs, and 2 home runs; the exact opposite result expected from the Blue Jays’ ace on extra rest. It was the shortest outing of Ryu’s seven-year career and one of the worst starts of his career.

That put the Blue Jays in a 7-0 hole in the second inning, but the Blue Jays answered with a solo home run courtesy of Danny Jansen, a 432-foot bomb to left field. This temporarily closed the gap to 7-1.

Jano left NO doubt about this one! 💣 pic.twitter.com/x5vHyykVSR

Staring up at a seven-run deficit, Charlie Montoyo handed the ball to Ross Stripling out of the Blue Jays’ bullpen. One lone bright spot for Toronto was the postseason debut of Nate Pearson, who came out of the bullpen throwing gas.

The Jays’ top prospect maxed out at 101.1 MPH and averaged 99.1 MPH with his four-seam fastball in the bottom of the fourth inning. Pearson threw two dominant innings of relief, getting 10 whiffs on his fastball and two on his slider.

"I got fast, I got slide, whatchu want?" – @big_nate5 😳 pic.twitter.com/HPmtqdEZXy

Deficit be damned, the Blue Jays’ catcher came out in the fifth inning and cranked his second home run of the game off Rays starter Tyler Glasnow.

Jano is the 2nd player in #BlueJays history with a multi-homer game in the postseason! pic.twitter.com/lfwO8MvvZy

Jansen became only the second Blue Jay in franchise history to hit multiple home runs in a postseason game (Jose Bautista cranked two homers against the Royals in Game 6 of the 2015 ALCS).

In the end, that was all the offense for the Blue Jays in this game and this series. People may point to the disastrous start by Ryu as a difference-maker in this series, but the club’s starting lineup didn’t hold up their end of the bargain either.

Blue Jays hitters combined to score three runs, they struck out 23 times, they stranded 12 runners and went 0 for 14 with runners in scoring position. That may be enough offense to miraculously win a game or two in the regular season, but not in the playoffs.

The Tampa Bay Rays were solid on pitching and defense and their offense exploded for eight runs in Game 2, and that was enough to clinch the series. The Blue Jays played some sloppy defense in Game 2 and they gave the Rays the opening they needed to sweep.

In retrospect, 2020 was a building block season for this very young Toronto Blue Jays team. At the start of the year, they weren’t forecasted to make the postseason, but in a compressed schedule, they played over .500, they had a few breakout campaigns from unexpected players, and they played a few playoff games.

Surely, this experience will make the Blue Jays hungrier heading into the 2021 season.