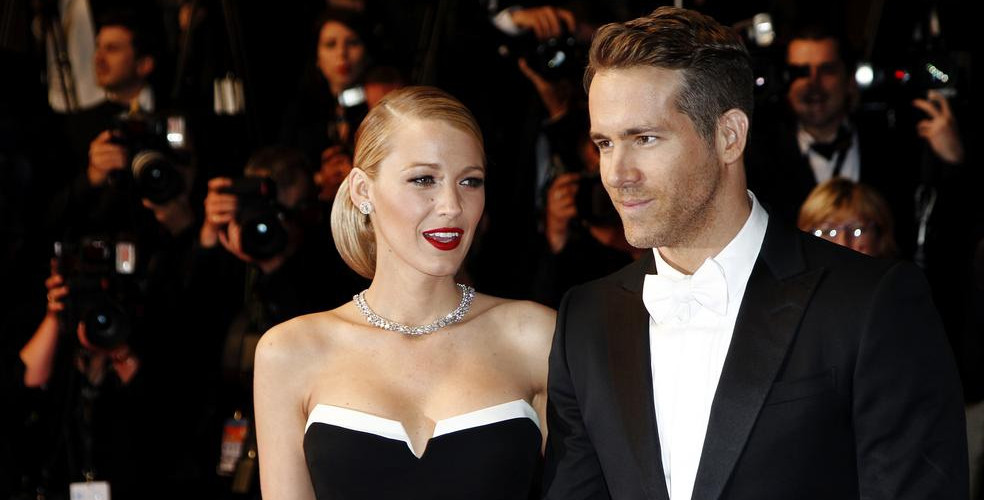 But the burning question remains: Where did that pie come from?

To rewind a little, the delicious tidbit that’s making the global rounds is that actor Ryan Reynolds recently confessed he tried to make his way across the U.S./Canadian border with several apple pies, destined for his sweetie, wife Blake Lively. The pies came from Vancouver, where hometown hero Reynolds (famously!) filmed his upcoming flick, “Deadpool.”

Said Reynolds: “My wife is a foodie and loves these apple pies they make in Vancouver where I grew up so we grabbed a bunch of them and we were heading back down to the States and across the border.”

Unfortunately, the border guard got a whiff there was something sneaky going on. Since food items need to be cleared before crossing, the guard made Reynolds sing for his supper…or, rather, his pies. The Daily Mail has more of the tale from the broadcast:

He said, “You remember you did that movie Just Friends and at the end you sang I Swear?” I said, “Yes,” and he said, “Go ahead.” ‘He was saying dance monkey and I danced! I sang that thing in the best falsetto I had and I was on my way through the border eating pie by the next stop.’

This is where we came in. Where the heck did those pies come from? There are tons of places to get terrific pies in Vancouver. The Pie Shoppe, Tartine, The Pie Hole, Savary Island, or Aphrodite’s–the latter happens to be in Reynolds’ old stomping grounds in Kits. (We also know Reynolds is a big fan of Nat’s New York Pizzeria on West Broadway, also in Kitsilano. Very fitting for a guy who starred on TV’s “Two Guys, A Girl and a Pizza Place.”) [am2_see_also] Neither Reynolds, nor his foodie wife Lively, have revealed on their Instagram accounts photos of said smuggled pie (just more pizza for Mrs. Reynolds). So for now, this pie will remain a mystery. A very tasty mystery… (Was it you, Savary Island?)