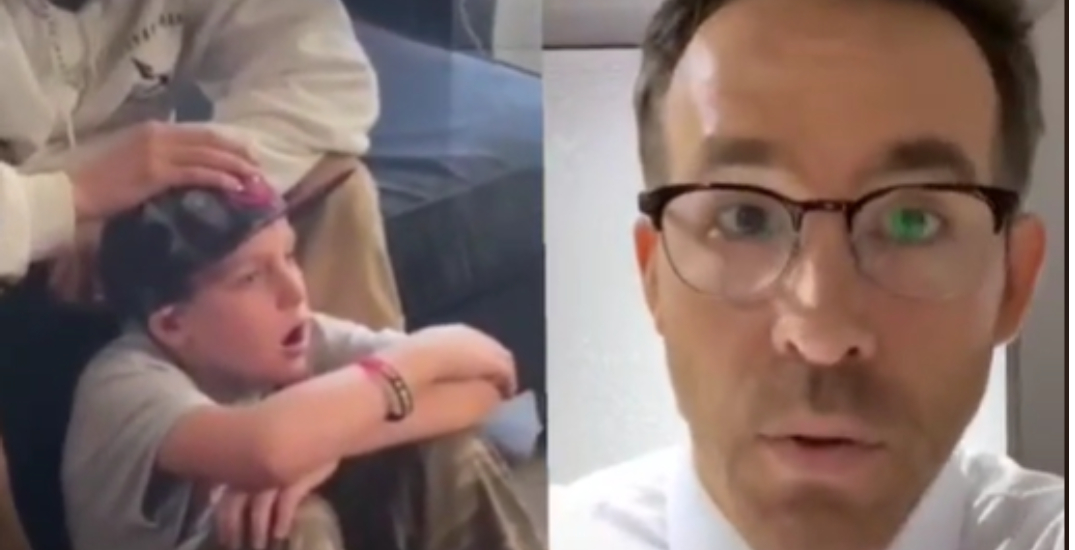 Ryan Reynolds sent a surprise birthday video to cheer up a nine-year-old British Columbian who was worried he’d be celebrating alone.

After his family moved and he had to change schools the boy, named Damien felt “pretty sad,” his step-father wrote on social media last month.

With COVID-19 keeping friends and family away, Tommy Gunn-Smith secretly asked people on Facebook to mail birthday cards for the November 24th celebration.

Damien is a huge fan of Deadpool, Gunn-Smith said, and the family’s goal was to reach Ryan Reynolds, who stars in the film. As gifts, cards, and messages began to roll in for Damien’s birthday, the Canadian actor reached out with his own well wishes.

Gunn-Smith posted Reynolds’ message, and Damien’s reaction to the surprise, to TikTok.

@bcww.tRyan Reynolds is a true Saint. thank you for making .My sons birthday wish come true. blow this up for Damien. HAPPY BIRTHDAY BABY BOY!!!!♬ Atlas: Touch – Sleeping At Last

The actor said he related to the boy’s story because he had to switch schools as a child himself and remembers how lonely he felt.

“When you feel suffering, and you feel bad about something, usually it’s because you feel like you’re the only one,” Reynolds says. “I think the reason that people have grabbed onto this story, about you and what you’re going through is because they relate to it.”

“All across Canada, people all over the world, they’re saying, ‘that’s me.’ I feel just like Damien.”

Since being posted on November 24, the surprise video has been played 1.3 million times and received over 197,000 likes.

Gunn-Smith wrote that Reynolds is a “true saint” and thanked the actor for making his son’s “birthday wish come true.”