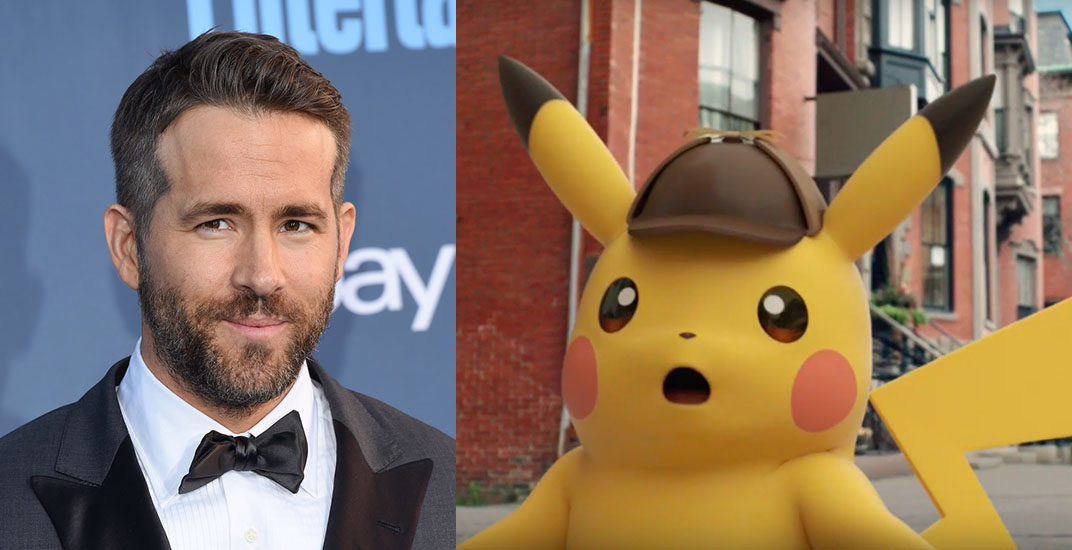 A live-action Pokémon movie? You knew this would be an eventuality when the Pocket Monster franchise captivated children around the world two decades ago, and when there was a brief popular resurgence last year with the franchise from Pokémon Go.

According to the Hollywood Reporter, the Pokémon franchise is leaving animation for one of its upcoming films and heading into live-action, and it will star Vancouver native Ryan Reynolds as Pikachu.

But don’t expect Reynolds to wear a giant Pikachu costume; this will be a motion capture, like Andy Serkis playing Gollum. (Although it might be worth imagining Reynolds mixing Deadpool’s sense of humour with Pikachu.)

And Reynolds’ Pikachu also talks, as the character is based on Detective Pikachu – a 2016 video game released in Japan that features a boy named Tom Goodman, who is able to understand Pikachu and pairs up with him to solve mysteries. In this game, Pikachu talks and wears a Sherlock Holmes hat.

The film will also star Justice Smith, whose character’s father is kidnapped, forcing him to team up with Pikachu to find him.

Legendary Pictures is behind the film, which will be directed by Rob Letterman, who also directed Shark Tale (2004), Monsters vs. Aliens (2009), and Goosebumps (2015). The Hollywood Reporter says production in London will start mid-January.

The scheduled release date for the movie is not known.

Currently, the closest thing to a live-action Pokémon film is the Vancouver fan-made Pokémon Apokélypse trailer, which has amassed over 12.6 million views since it was posted onto YouTube in 2010:

Here is the trailer for the Detective Pikachu (2016) video game that was only released in Japan:

And if you’re wondering what Pikachu sounds like in the one other [creepy] time he spoke in a movie: