With the Canucks set to wear the skate logo jersey later this year against the Toronto Maple Leafs, it only made sense for the goalies to create a mask that matched it. We’ve seen Luongo, Lack, and Miller, among others, make Millionaires gear in the past, and now it is the infamous black, yellow, and red’s turn.

You may know Johnny Canuck from such videos as “Time to kill the Bruins,” “Why didn’t we kill the Bruins,” and “Seriously, why did the Bruins have to win like that?”. Today, he stepped up to the plate and found the design on Instagram and did what any true Canuck hero would do: share it on Twitter.

The mask itself is nothing groundbreaking. It’s a pretty simple design, but for a one-game event, that’s a pretty safe route to take. It also has what looks to be nods to his family on the back of his mask, plus his undying allegiance to an unfortunate beer slogan.

Now, it’s historically hard to come up with fancy designs for this logo and color scheme, so I think the simple approach was a good one. Corey Hirsch was perhaps the only goalie to have success with spicing up the skate logo, with his Hitchcock themed mask. 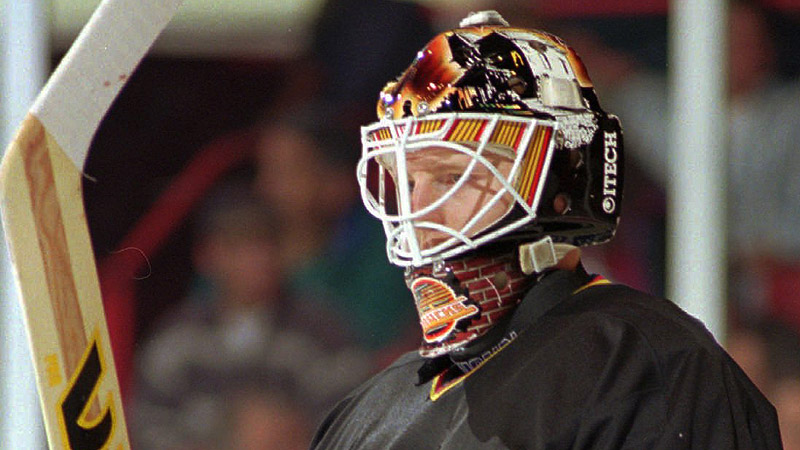 Though let’s give a shout out to Gary Bromley for his bad ass mask: 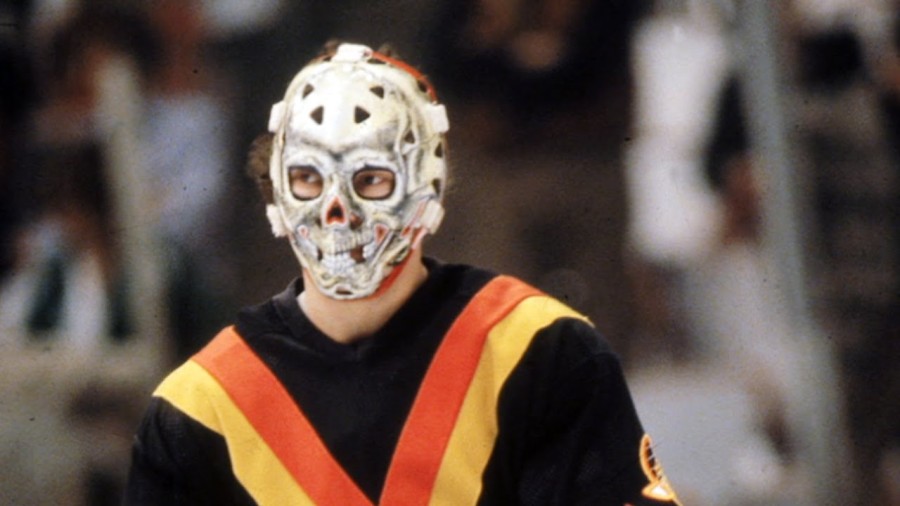 On the whole, though, not a lot of fancy goalie masks exist under the Skate logo. One of the most iconic masks under that color scheme was deceptively simple. 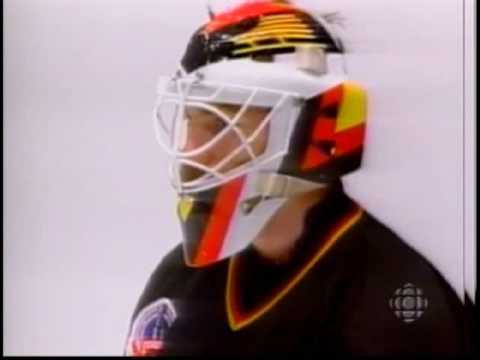 Kirk McLean did not care for complex artwork tomfoolery.

Still, for fans of the 1994 logo, it’s pretty exciting to see the team march closer and closer to seeing them live again for the first time since the mid-’90s. Seeing the black jerseys on the ice again, seeing that bold, vaguely German color scheme in action, is going to be amazing. Even the simple Ryan Miller mask is enough to make you want it to be February 13 right now.

Younger fans might not have the same sentimental attachment to them that the older fans do, but just wait until you see them on the ice – then they’ll understand how glorious they are. Then maybe you’ll accept my burning desire to see these become the third jerseys next year.

The next question, of course, is will Jacob Markstrom follow suit? What about the pads? What colour will the gloves and blocker be? So many glorious 1994 related answers to look forward to!