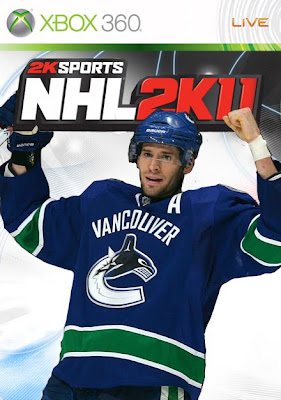 Yesterday it was announced that the alternate captain of the Vancouver Canucks will be the cover boy for NHL 2K11. It’s a great feat, however, I don’t know anyone that actually has ever bought this franchise, for me EA Sports is hockey royalty. I had a feeling that the commercials for 2K10, which featured Kesler were a sort of foreshadowing. I guess I was right, that is quite rare, feels good to be right.
This makes Kesler the 3rd Canuck to grace the cover of an NHL video game (correct me if I’m wrong here). My all time favourite is still the NHL ’95 cover which features the mighty Captain Kirk McLean. The NHL 2005 cover with Markus Naslund was alright being a lockout season and all.  Another plus is that by not appearing on the EA cover Kesler avoids the dread curse. Just look at McLeans and Nazzy’s career after they appeared on the cover. Lets hope Luongo never appears on a cover.

With his stellar play during the Olympics, Kesler’s market is rising and Gillis will have to shell out big bucks to keep him here. Just a little reminder, Kesler said he would take a hometown discount, as did Burrows. Burrows did his part, now its Kesler’s turn.

It took me a long time to photoshop this, hope you approve. If not, go to hell, kidding, sort of.

Note: This is not the actual cover, its photoshopped. Other writers wanted me to put this photo on the cover.