In preparation for the upcoming Winter Olympics, the city of Sochi has quietly hired a private company to kill as many of its stray dogs as possible, ABC News reports. Though publicly backing off on this plan last year amid outrage from animal rights groups, the city has once again enacted this strategy of culling the strays.

The owner of the company, Alexei Sorokin, told ABC News by phone that he did not have exact numbers for how many dogs his company has culled so far and would not say when it was hired by the city of Sochi. 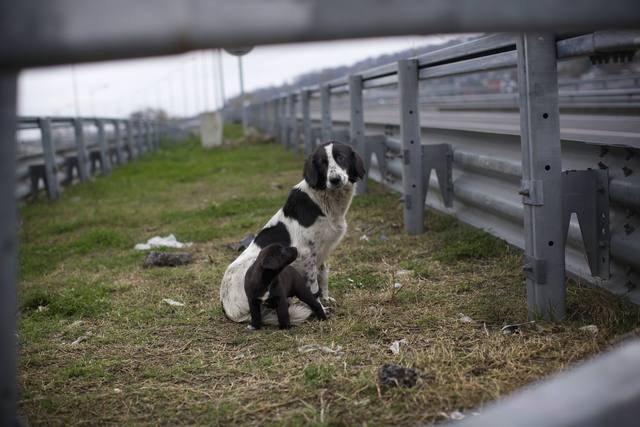 “Imagine, if during an Olympic games, a ski jumper landed at 130 kilometres per hour and a dog runs into him when he lands. It would be deadly for both a jumper and for the stray dog,” he said.

“Dogs must be taken off the streets even if that means putting them to sleep.”

Sorokin said his company generally uses poisons and traps, but denied suggestions of animal cruelty. Though his company is the largest of its kind in Russia, the practice of hunting stray dogs has become common throughout the country.

In Moscow, animal rights groups and pet owners have battled against so-called “dog hunters” — vigilantes who leave poison-laced meat in parks to kill off strays. The dog hunters say the strays are dangerous and have to be taken off the streets.

Sorokin described similar fears, saying the city has “an epidemic of rabies.” He described his work as a public service. “I am for the right of people to walk the streets without fear of being attacked by packs of dogs,” he said.

Yet Sorokin also displayed a clear disdain for the strays saying, “Let’s call things by their real name. These dogs are biological trash.”

Stray and homeless dogs are a visible presence all around the city, and across Russia, though for the most part are quite friendly, as has been noted by journalists within the city. Sterilization is not common within the country and many owners simply abandon the animals in the streets.

The mayor’s office did not respond to calls seeking comment.