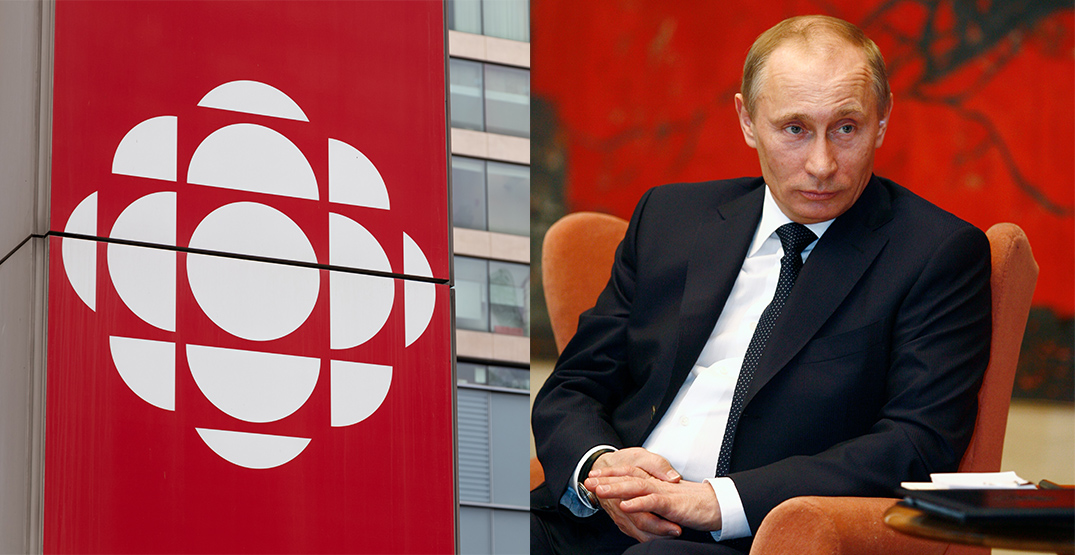 Russia’s ministry of foreign affairs is shutting down the CBC bureau in Moscow in retaliation against Canada’s ban on Russian state TV channels.

The governmental organization announced the decision on Twitter on Wednesday.

“In response to Ottawa’s ban on [RT] and [RT France], the Moscow office of Canada’s national public broadcaster [CBC] will be shut down and its journalists’ accreditation and visas — cancelled,” the tweet reads.

💬#Zakharova: In response to Ottawa’s ban on @RT_com and @RTenfrancais, the Moscow office of Canada’s national public broadcaster @CBC will be shut down and its journalists’ accreditation and visas – canceled. pic.twitter.com/AeHyAU9RYb

In March, Canada removed the distribution of two prominent state-controlled Russian TV networks from its list of authorized programming services.

The channels in question are RT (formerly called Russia Today or Rossiya Segodnya) and its French counterpart, RT France.

The Canadian Radio-television and Telecommunications Commission (CRTC) announced it would remove the channels because they’re “not consistent with Canadian broadcasting standards.”

The CRTC holds the right to remove foreign channels from their authorized list if they’re not up to par with Canadian standards, don’t meet the policy objectives set out in the Canadian Broadcasting Act, or don’t serve the public interest.

“The CRTC is also concerned with programming from a foreign country that seeks to undermine the sovereignty of another country, demean Canadians of a particular ethnic background and undermine democratic institutions within Canada,” the Commission said in a statement.

Russian foreign ministry spokesperson Maria Zakharova told Reuters that the decision to pull the plug on the CBC is due to the “open attacks on the Russian media from the countries of the so-called collective West who call themselves civilized.”

“A decision has been taken to make retaliatory, I underscore retaliatory, measures in relation to the actions of Canada,” she added.

Back in February, Canadian TV providers took things into their own hands, pulling RT from their lineups.