Tonight at the Vogue Theatre, Vancouver will experience the finest burlesque artists in the world as the 8th annual VIBF showcase nights begin. Legend Shannon Doah and king of burlesque Russell Bruner will excite the audience with their thrilling  performances. Special guest host Foxy Tann will perform in both showcases at the Vogue Theatre on May 3 and May 4, 2013.

Vancity Buzz talks with Foxy Tann. (That is one x and two n’s sweetie – love her.) 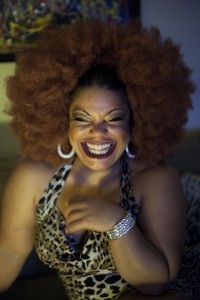 Foxy, tell us what you have planned for tonight?

“The number that I am performing tonight is a song originally done by Ruth Brown…its a traditional “talking blues” number, full of double entendres, a super sassy lament of an in charge woman who should get what she wants when she wants it. The funny thing is that I had always thought that the song originally had been recorded in the 50’s or maybe the 60’s, but I found out relatively recently that she recorded it in 1992!” You can hear the excitement in her voice as tonights Vogue Theatre energizes this theatre graduate. She continues..

“1992…Jesus, she must have been in her late 60’s when she first did that song! Puts a different perspective on her motivation…that’s why it is such an amazing piece of writing. The song remains topical no matter where you are in your life’s journey…it’s always appropriate…or inappropriate as the case may be!