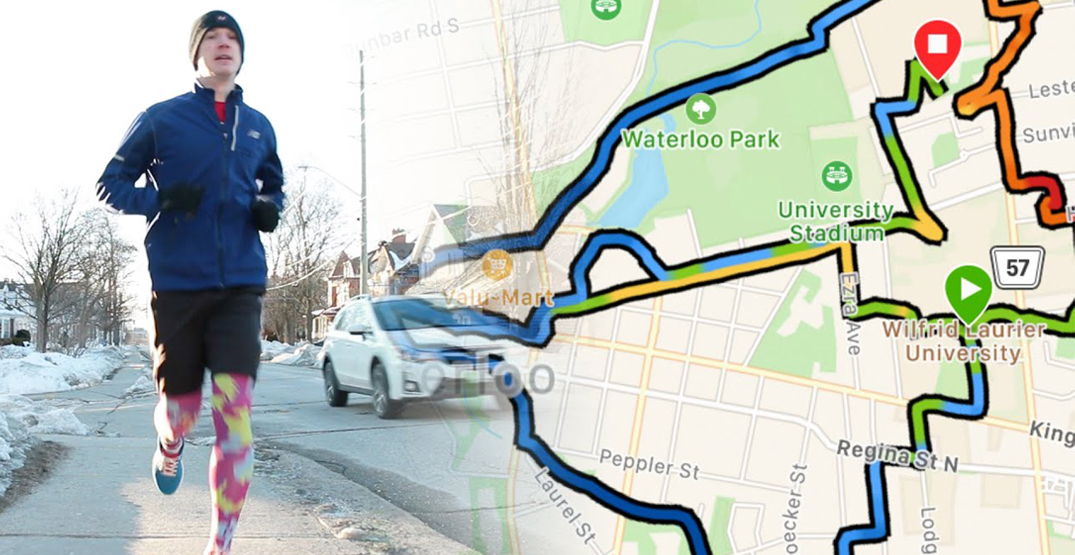 Running in the cold Canadian winter leaves a lot to be desired, but nothing melts a runner’s heart like dreaming of warm days filled with summer’s signature sport: baseball.

One inventive runner and baseball admirer channeled his fandom for the Toronto Blue Jays into a creative tribute to the team. Ricky Martin of Waterloo, Ontario created a one-of-a-kind piece of Blue Jays “GPS art.” This is where runners use GPS tracking to draw maps of their running routes.

A friend introduced him to the GPS art phenomenon, and he recalled seeing a GPS drawing related to the Toronto Raptors during their NBA Championship run. Wanting to pay tribute to the boys of summer, Martin went to work crafting his Blue Jays route.

Some GPS drawing designs are pretty intricate, and Martin chronicled the entire process on his YouTube channel.

“I was just looking at a group of roads, and it almost looked like the outline of the Blue Jays logo,” Martin told Daily Hive. “As I looked closer, it wasn’t quite going to work with some of the streets to make the detailed parts, but once I had that idea in my head to do the Blue Jays logo, I couldn’t let go of it.”

As anyone who’s from Waterloo Region can attest to, the typical city grid is nonexistent, which makes it a challenge to plot out GPS art for industrious runners. After about an hour of tinkering with a map, Martin found an outline he liked, and he detailed the route. 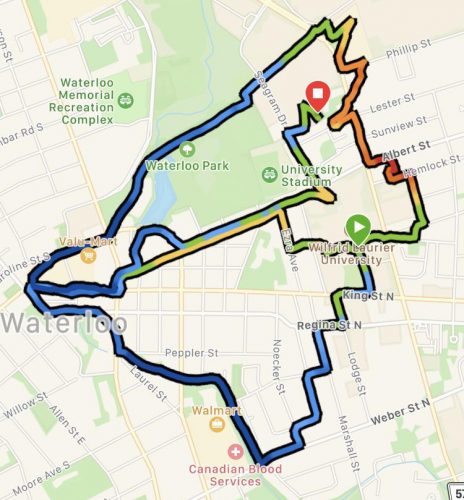 He used Google Street View to see where he could veer off the beaten path to create the details of the Blue Jays logo. Martin took a printed copy of the directions with him on the 10 kilometre route, which took him through the heart of Waterloo.

At the finish line, he walked away with a pretty accurate depiction of the Blue Jays bird logo. The most impressive part might be that he nailed it on the first try.

“When I finished and saw what it looked like, I was pretty pumped,” Martin said. “It’s definitely the most excited I’ve been about a run all winter. It almost felt like finishing a race in some ways.”

Martin doesn’t have any plans to create more GPS-based art in the near future, but he’s fascinated by runners’ ability to use their feet to map out these intricate designs.

“It’s cool that you are the paintbrush, so to speak, and your canvas is confined to whatever streets and trails are around you,” Martin said.