With water being readily available to Vancouverites, we often forget about how others are not as fortunate and how they struggle to have clean water. Irma, a volunteer of RunForH2O, recently embarked on a journey to Guatemala, where she witnessed the struggles for many communities.

At the end of January, along with additional volunteers, Irma had the opportunity to visit four communities in the department of El Quiché, two of which benefited from the previous RunForH20 run, and another two which lacked clean water.

When Irma arrived at the villages of Pachalum and Pajuyá, the two village which had previously received aid, were brimming with smiles and gratitude. Their quality of life had greatly improved and the water system that was built on the previous trip, was being used in full effect.

The other two communities, Xejuyup and Canton San Francisco, still lacked clean water, and one member of the community even asked Irma where she usually gets water from. Irma had never had anyone ask her this question and realized that this is a question that these individuals had to ask themselves this question each day.

To collect water, Irma had to carry six litres of water on her head through steep, narrow hills and witnessed the women of the community carrying the water on their heads, children on their back, and used their hands to carry clothing for washing along with food for the day. The morning would start with an early start at 3 a.m and ended at 4 p.m, having to collect water six times a day.

Out of the 1,000 rural communities in Guatemala, 62% do not have access to clean water. Hence why RunForH20 is set out to fund Xejuyup, a community of 199 families (approx 1,194 people) with a water related project. Register for the 10K Run, 5K Run, 1K Kid’s Fun, 50m Toddler Dash, or just fundraise. 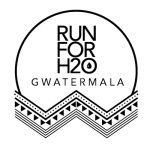 Vancity Buzz is a proud sponsor of RunForH20