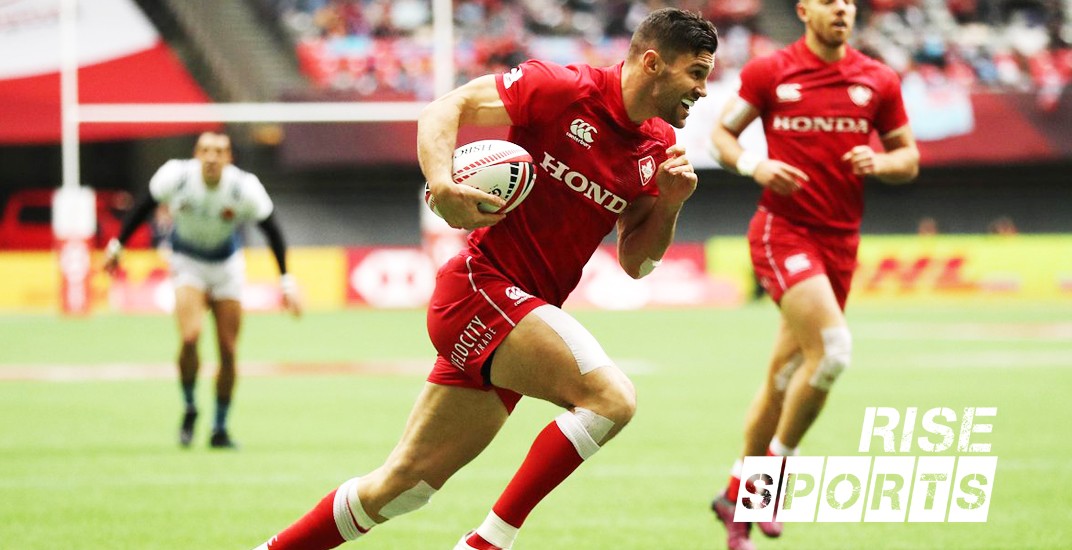 Justin Douglas went from working on his family’s dairy farm in Abbotsford to the Rugby Sevens World Cup circuit, to winning the 2018 DHL Impact Player of the Year award.

He grew up getting beaten on by his older brothers, like any other youngest sibling, before tearing his MCL and ACL in high school. From there, he regrouped, rehabbed, regained his focus and became one of the best Sevens players on the planet.

Sadly, you wouldn’t have seen him two weekends ago at BC Place for the most recent Rugby World Sevens World Cup event here in Vancouver. He was rehabbing a concussion and had to watch his squad from the sideline. When he’s on the field, he’s hard to miss. He’ll be a big part of the Canadian Sevens surge for years to come!

Listen to the first minute of this week’s podcast for the Rise Sports Podcast Password, enter under the Instagram photo below and you could win $50 to Yagger’s Restaurant and Sports Bar!

The goal of this show is to help young athletes and sports fans keep mentally and physically primed to help grow and take their careers to the next level. We thank Justin Douglas for his time and hope you’ll join us next week for another featured athlete’s Rise story.