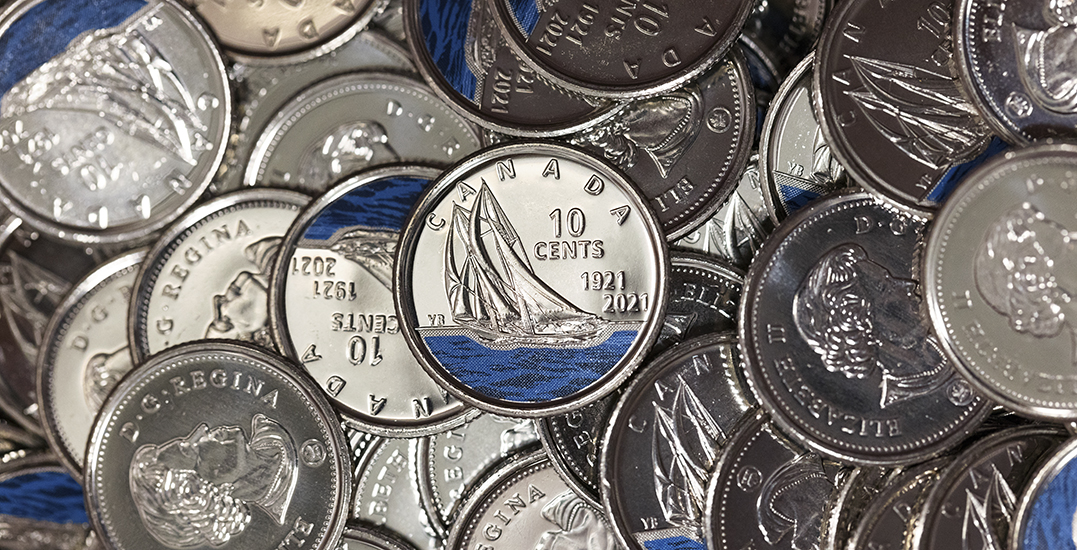 Royal Canadian Mint is giving Canadians a colourful reason to check their change.

Canada’s first-ever coloured dimes were recently put into circulation, complete with a new design and an eye-catching splash of blue.

The redesign of the dime is meant to commemorate the Bluenose, the famous fishing schooner that made its debut in March 1921 and, at the time, was “the sleekest and fastest fishing schooner the world had ever seen,” according to Royal Canadian Mint. 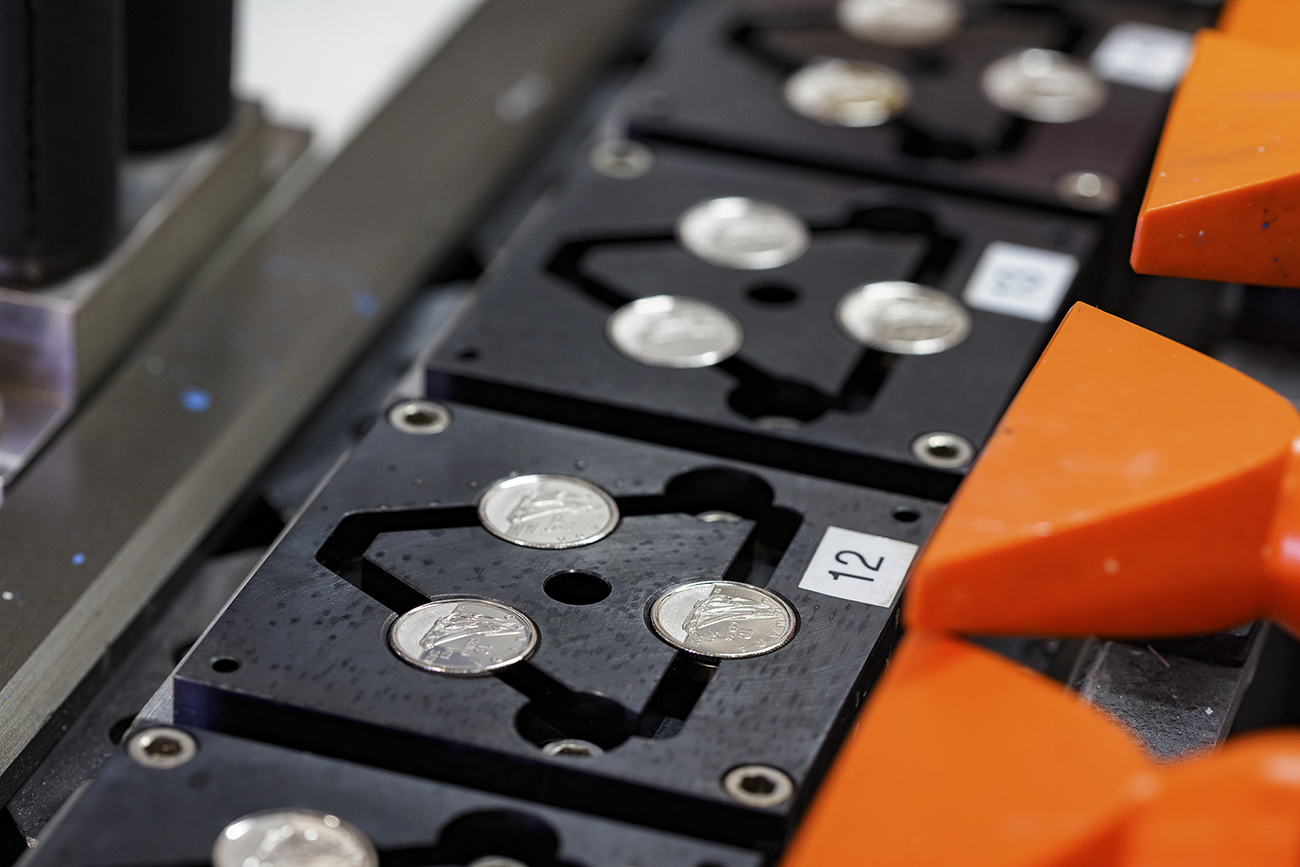 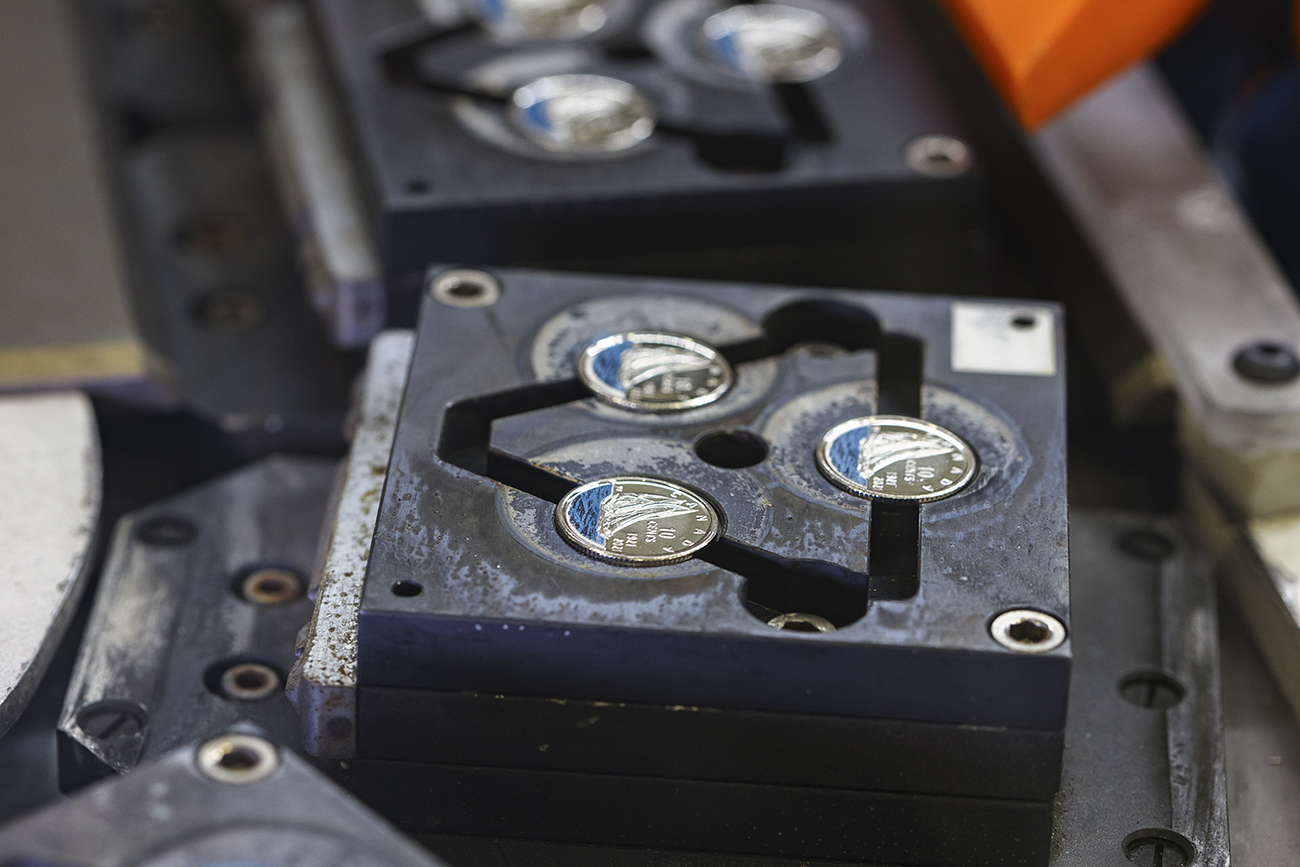 In addition to being a successful working vessel, it also won a number of racing titles on both national and international stages.

Royal Canadian Mint says that this is the first redesign of the Bluenose since it appeared on Canada’s 10-cent coin in 1937 and celebrates the famous fishing schooner’s 100th anniversary. 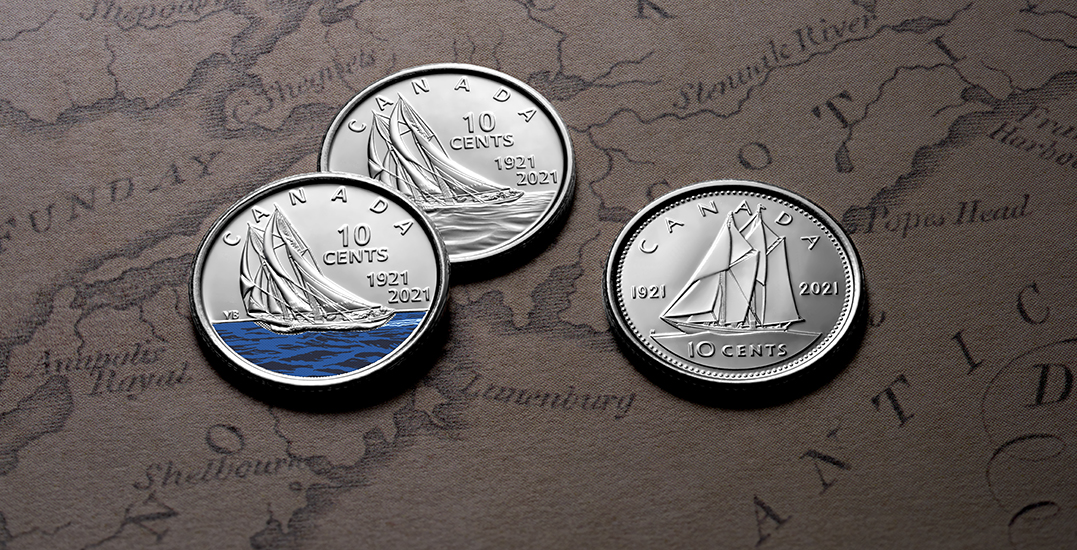 The obverse side of the coin features the effigy of Her Majesty Queen Elizabeth II by Susanna Blunt. 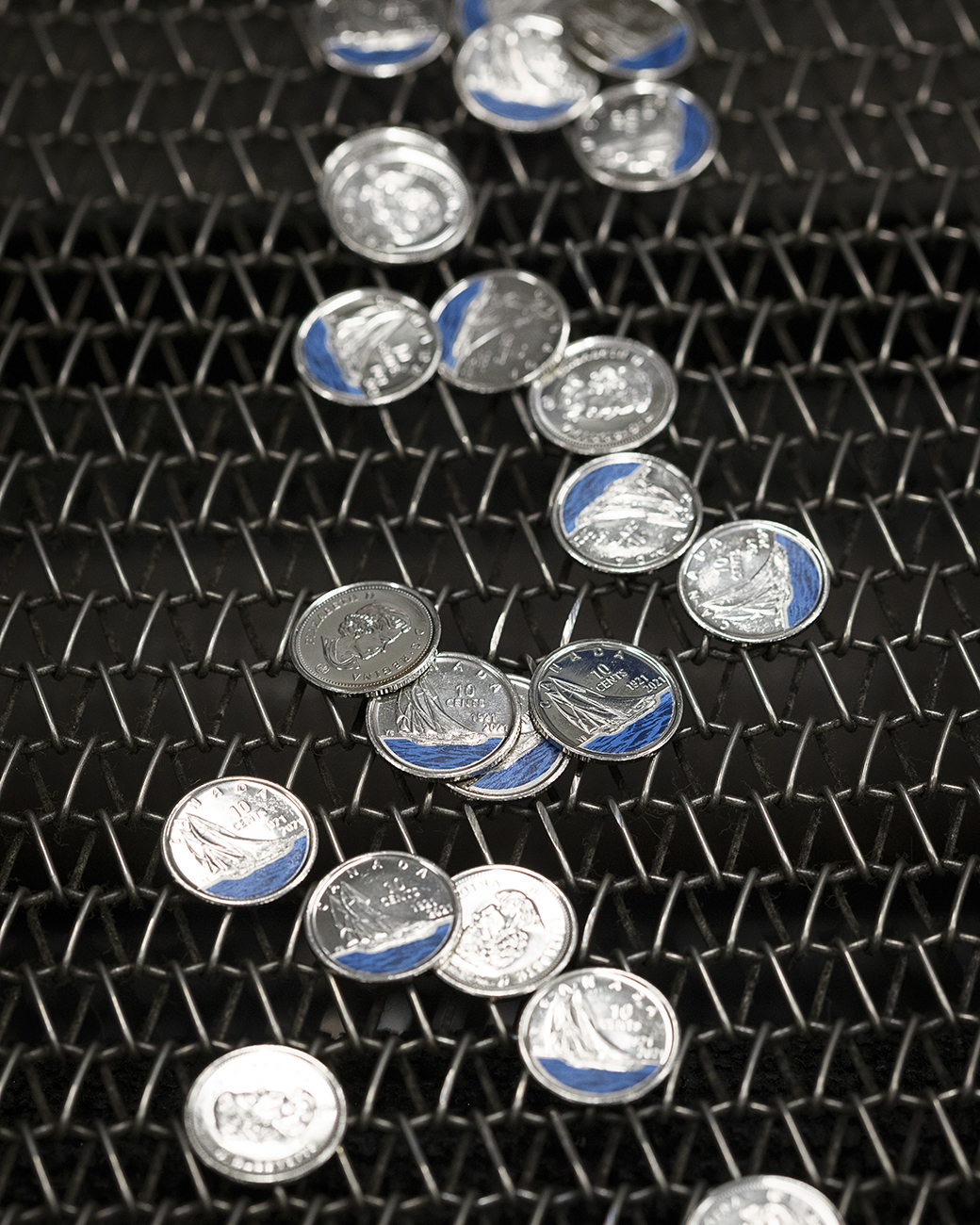 “The skill and teamwork of Nova Scotians made Bluenose a world champion, as well as one of the most famous ships in Canadian history,” said the Honourable Hon. Pat Dunn, Minister of Communities, Culture, Tourism and Heritage for Nova Scotia.

“This commemorative Bluenose coin will remind all Nova Scotians how our connection to the sea and our innovative spirit has created our determination to succeed.”