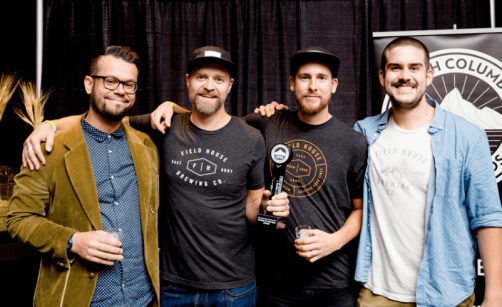 We’re giving away two pairs of tickets to the midnight screening of the Rocky Horror Picture show on January 26th at the Ridge Theatre courtesy of Festival Cinemas.

Win a pair of ticket to the midnight screening of the Rocky Horror Picture Show by simply retweeting the following:

A little history on the Rocky Horror Picture Show:

As an out-of-work actor, Richard O’Brien wrote The Rocky Horror Show to keep himself  busy on winter evenings. Since his youth, O’Brien had developed a passion for science fiction and B horror movies; he wanted to combine elements of the unintentional humour of B horror movies, portentous dialogue of schlock-horror, Steve Reeves muscle flicks and fifties rock and roll into The Rocky Horror Show.[3]

O’Brien took a small amount of his unfinished Rocky Horror to director Jim Sharman, who decided he wanted to direct it at the small experimental space Upstairs at the Royal Court Theatre, Sloane Square, Chelsea which was used as a project space for new work.[4] Sharman had received some success with the original Australian production of Jesus Christ Superstar during which he met O’Brien, who had played King Herod for just one performance. Sharman brought in fellow Australians Nell Campbell and long-time scenic designer Brian Thomson to the production.

The original creative team was then rounded out by costume designer Sue Blane and musical director Richard Hartley, although Pete Moss would later take over as musical director. ‘Veteran’ of the new generation of stage producers Michael White was also brought in to produce Rocky Horror. As the musical went into rehearsal, the working title for it became It Came from Denton High, but it was changed just before previews at the suggestion of Sharman to The Rocky Horror Show.[5][4]

After two previews, the show premiered – without an interval – at the Royal Court’s 63-seat Theatre Upstairs on 19 June 1973 and ran until 20 July 1973. The cast included Tim Curry, Patricia Quinn, Nell Campbell (billed as Little Nell), Julie Covington and Richard O’Brien, who made the production, which was all-out camp, a creative triumph and a critical and commercial success.[6] Record producer Jonathan King saw it on the second night and signed the cast to make the original cast recording over a long weekend that was rushed out on his U.K. Records label. King was involved heavily in the initial promotion for the show as well as being the other backer of it financially with White.