Vancouver might be blessed with an array of doughnut shops baking a range of fluffy rings of doughy goodness, but it lacks a donut so outrageously sized that its worth crossing the border for.

With two outposts in Bellingham, just south of the Canadian and U.S.A. border, Rocket Donuts is doing just that. Besides border crossing to hit up the outlets, Vancouverites are increasingly making the pilgrimage to this northern Washington town to drop by a locally-owned bakery, which offers one seriously gobsmacking donut – the Monster Donut. 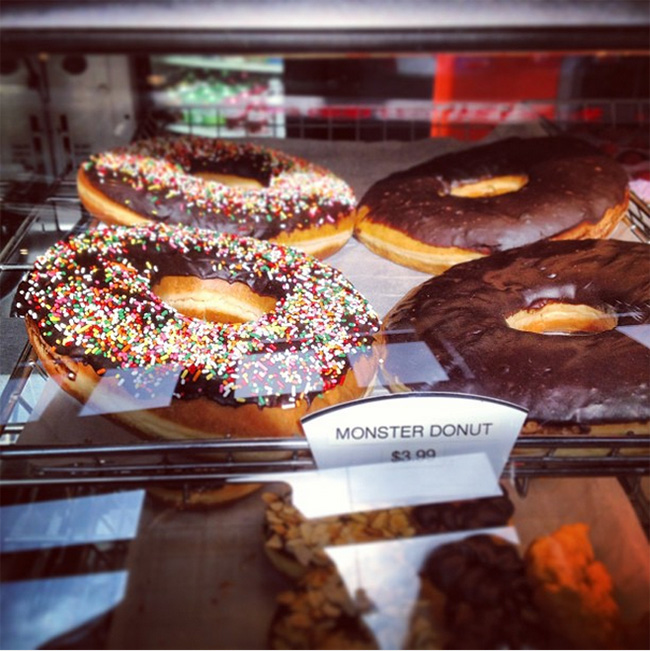 Approximately the size of about five and a half to six large raised donuts, Rocket Donuts’ Monster Donuts come in a variety of tempting flavours, like Maple, Cherry Sprinkle, Glazed, Chocolate and Chocolate Sprinkle. Customers who crave a particular flavour have the opportunity to call a day in advance to order custom-made Monsters, even with writing on top.

These enormous treats, which are sure to satisfy any doughnut craving, have an incredibly tiny price tag of just $3.99 (USD).

When asked about what inspired Rocket Donuts to create such a sizable out-of-this-world treat, Laura Swift, manager of Rocket Donuts Fairhaven branch. “The Monster Donut is so outrageous and fun, we just knew it would be an exciting attention grabber for customers, as well as a perfect treat for so many occasions,” she explains. 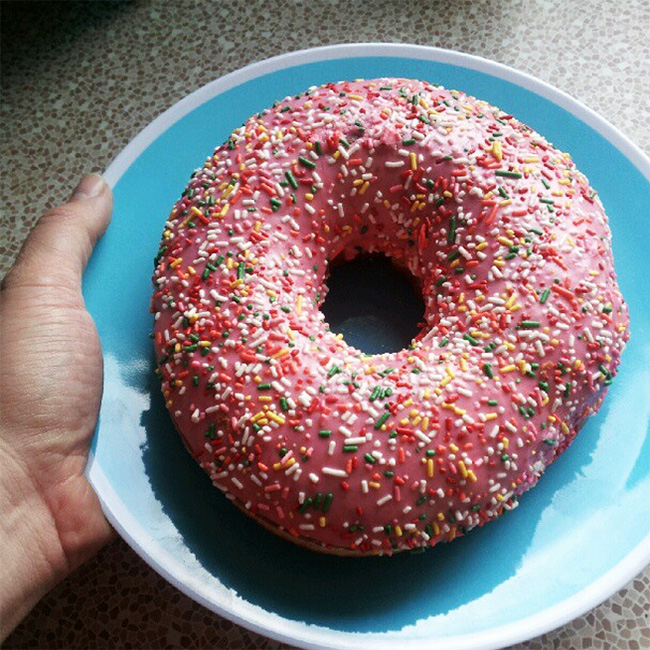 While some may enjoy the challenge of eating the donut whole, “it’s not uncommon to see customers attempting, and often succeeding, in eating an entire one to themselves”, Swift remarks. However, Swift recommends sharing the Monster Donut with friends.

In addition to their Monster Donut, Rocket Donuts offer a wide range of classic donuts, from glazed to Long Johns, as well as a both gluten-free and vegan varieties. There are also a number of unconventional treats (baked on site daily), including their own “Croinuts” (croissant-donut hybrid) filled with either Nutella or raspberry jam, Bacon Maple bars and a donut of the month.

Customers wanting to indulge in more baked goods can choose between carrot cake, cinnamon rolls, and seasonally flavored mini-pies, which they can enjoy with organic, local and fair trade coffee from the bakery’s full espresso bar. As if that wasn’t enough to tempt patrons, Rocket Donuts also offers Acme Ice Cream (made at the downtown location), hot fudge sundaes (with house-made hot fudge), ice cream sandwiches and milkshakes. 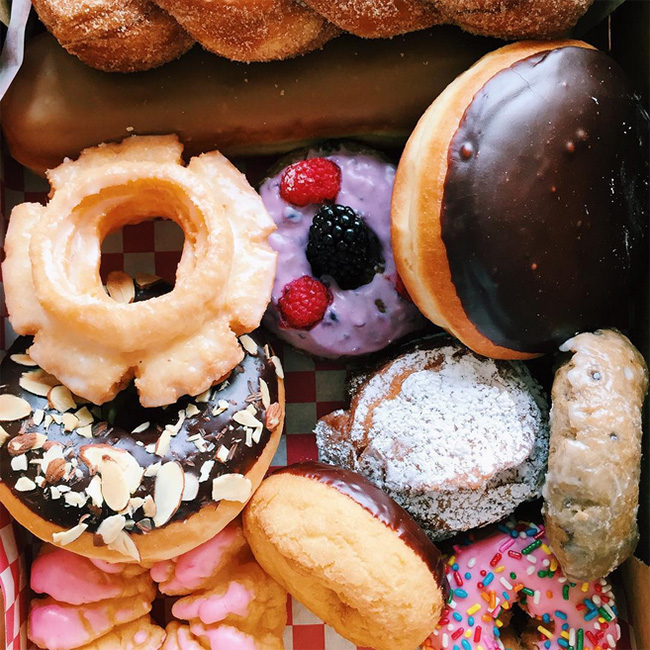 Rocket Donuts is certainly not your average donut shop — its plethora of sci-fi memorabilia is a feast for the eyes. The original locale is guarded by a 27 foot tall custom-built, all aluminum rocket, made from recycled materials, which has become a Bellingham landmark. Inside the shop, a true-to-size animatronic replica of Gort from The Day The Earth Stood Still stands, as well as movie monster masks and a rotating collection of posters. The Fairhaven storefront is home to an 18 foot long in store rocket (that “blasts off”), a ray-gun collection, authentic posters, and aliens.

“We are huge Sci-Fi fans at Rocket Donuts”, says Swift, “our founders thought Donuts and classic Sci-Fi were a natural fit. The theme really excites customers of all ages. It’s really fun to see children spouting off facts about Commando Cody and Flash Gordon that they learned in the store as well as hearing stories of customers who saw all of the classic sci-fi movies and serials in the theatre.”

“As exciting as all of the sci-fi artifacts are, customers are always most amazed by the donuts and ice cream,” adds Swift.