A wildfire in B.C.’s Kettle Valley, 63 kilometres south-east of Penticton, has grown to 3,750 hectares and destroyed 30 homes and 11 structures while evacuating hundreds more.

The B.C. Wildfire Service reports the Rock Creek fire is completely uncontained and continues to pose a serious threat as more warm and dry weather is expected in the region this week.

Discovered on Thursday, August 13, the now 37-square-kilometre fire started on the side of Highway 33 on the shores of the Kettle River, leading fire investigators to believe the blaze is human caused. In the last four days, 102 firefighters, seven helicopters and 14 pieces of heavy equipment including air tankers have attended the fire.

Campers in the Kettle Valley Provincial Park were also evacuated with no notice, leaving all their belongings and vehicles in the park behind, including clothing for some who were pulled from the area in just their bathing suits. Those campers began to be escorted back to the campground on Sunday.

A section of Highway 33 is closed until further notice, however previously closed Highway 3 was reopened Sunday night. According to CTV News, Premier Christy Clark visited the Midway Community Centre on Sunday for a public information meeting on the blaze, where she told the crowd early estimates predict the 2015 fire season could cost as much as $400 million.

Fire burning near Rock Creek. Hwy 3 and 33 are closed in the area. #Kootenays pic.twitter.com/b42WVUlBkB 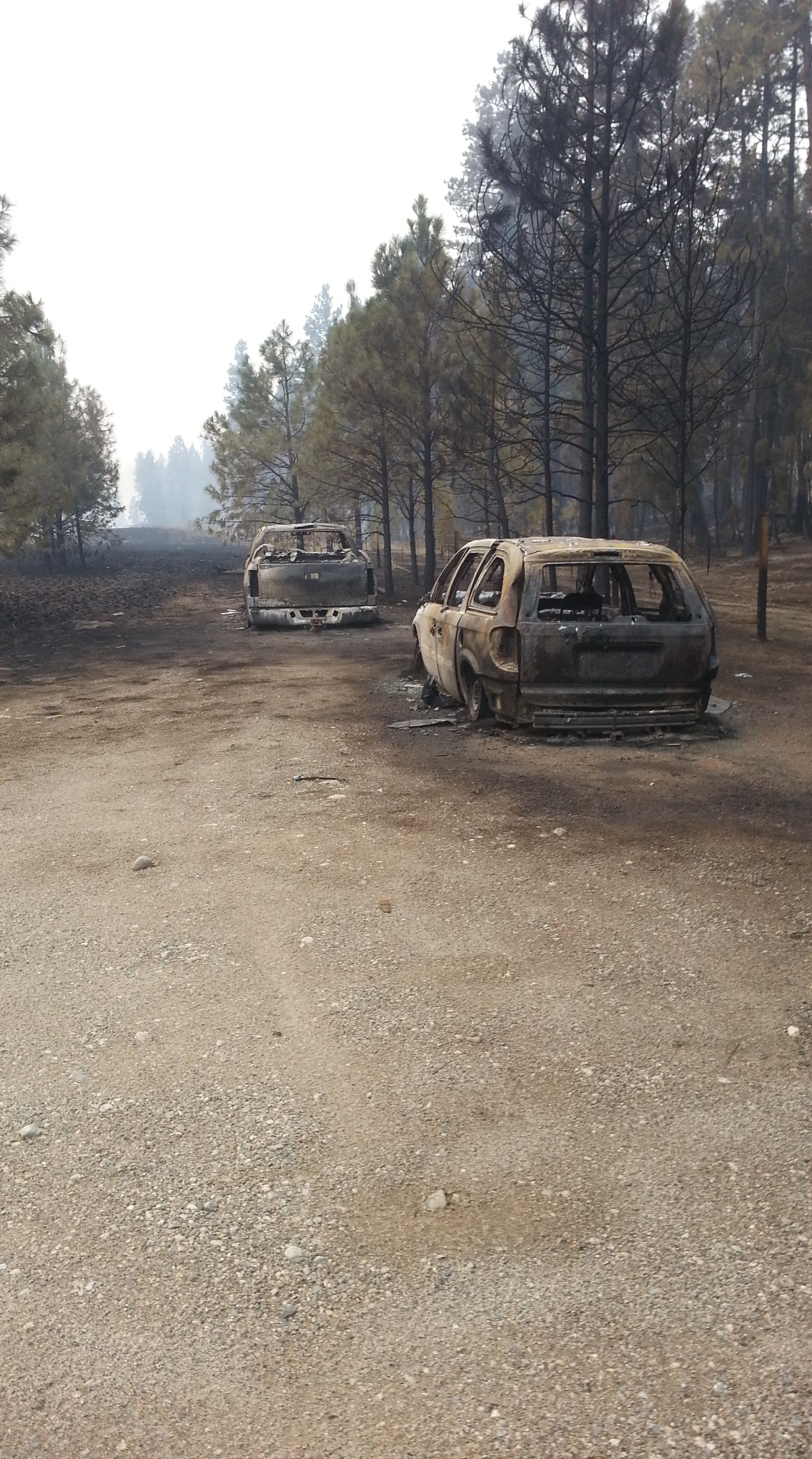 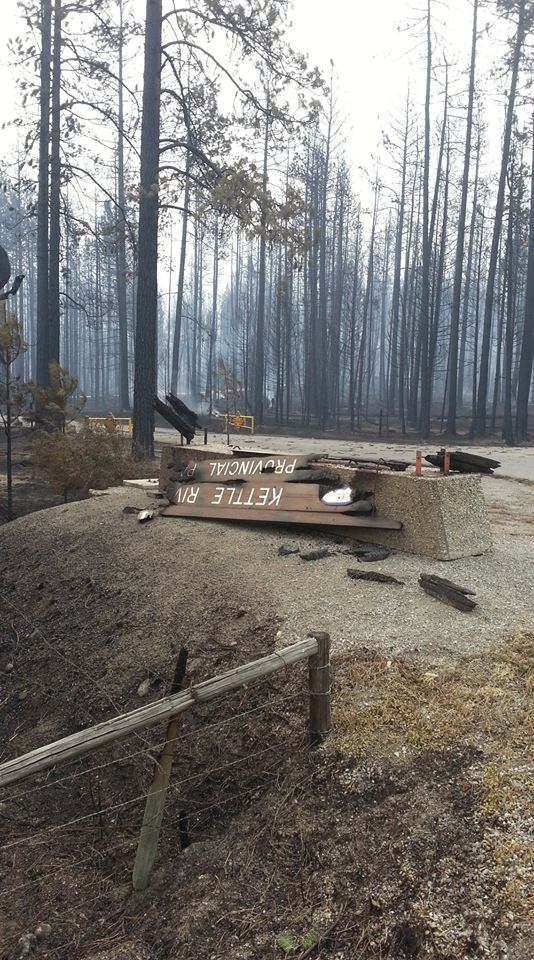 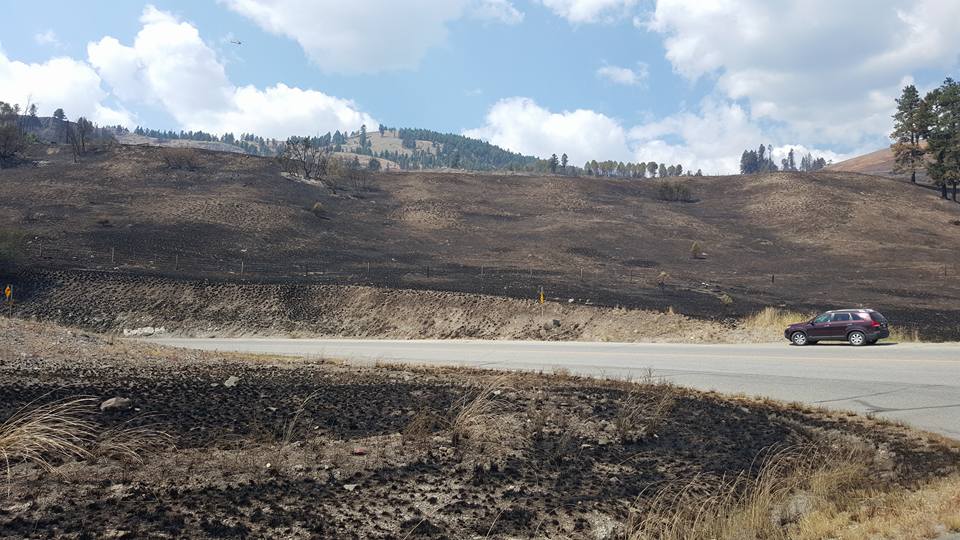 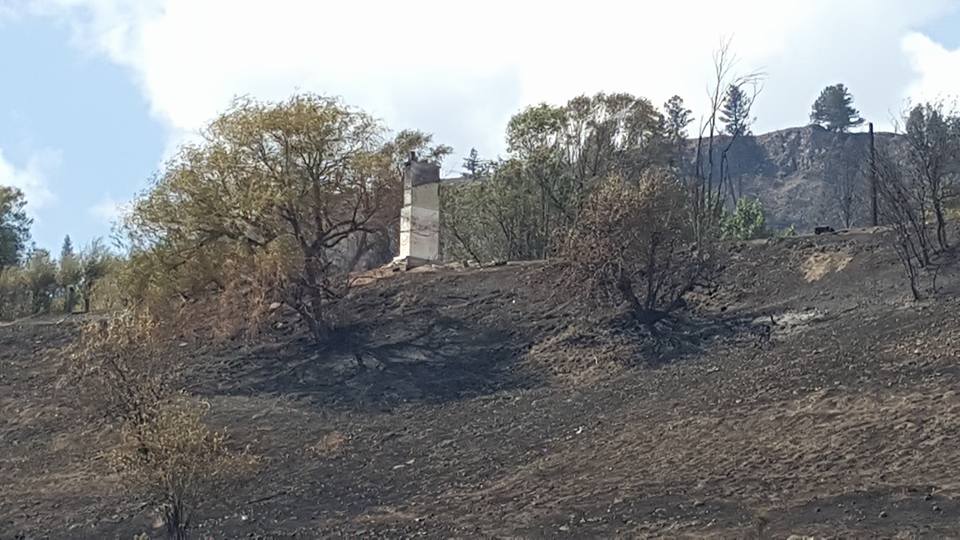 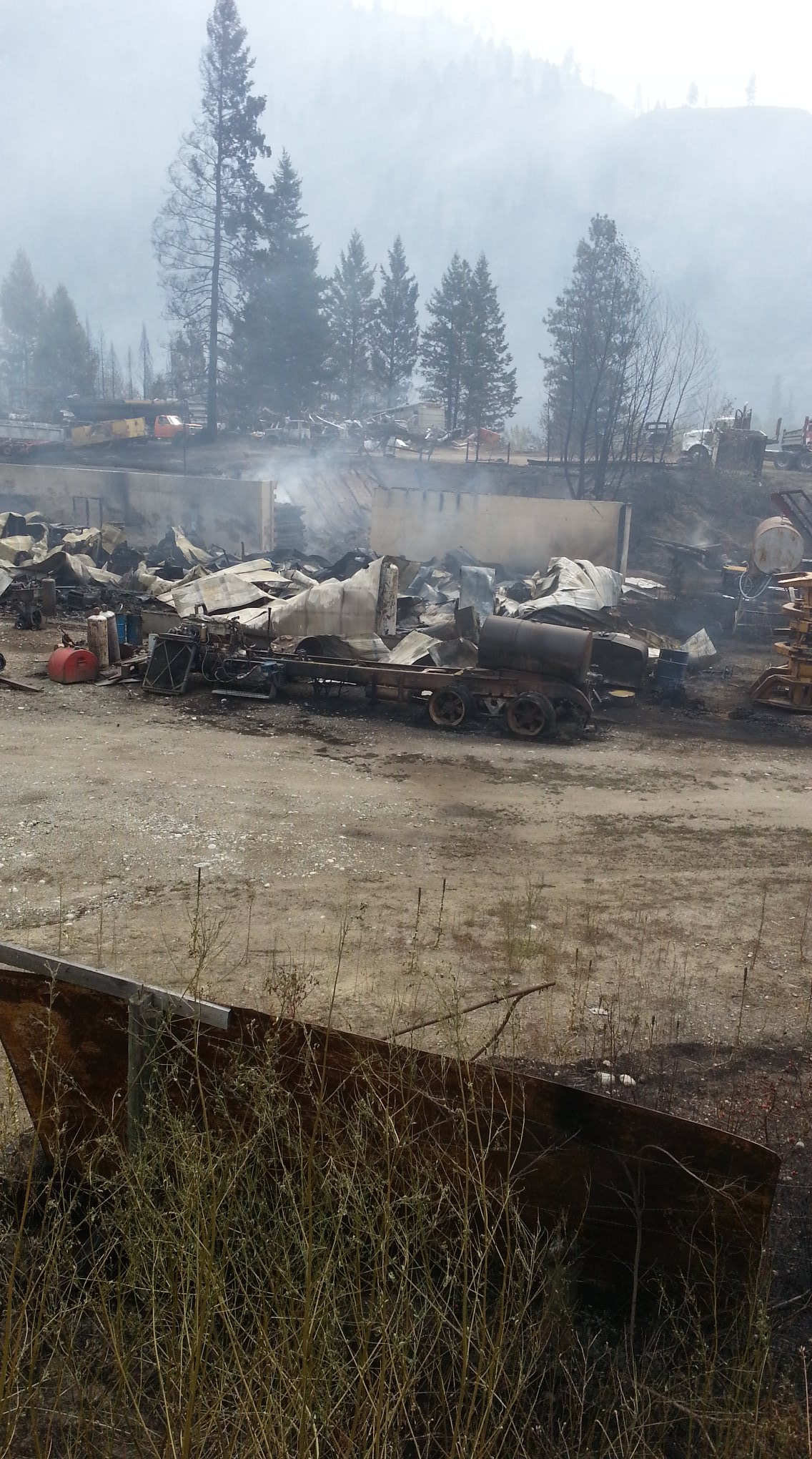