Robson Square will once again be open to cars and buses as Corduroy Road, the bright bench seating installation in Robson Square this summer, is set to be removed.

The public plaza installation will be dismantled Labour Day, thus opening up Robson Square to vehicle traffic after two months acting as a pedestrian plaza.

Every year around this time, the city contemplates making it a permanent square by closing off the 800 block of Robson Square to vehicles. This idea could work during the spring/summer months. However, during the cold, rainy days of fall and winter, the square gets minimal use. The only way to make Robson Square a true year round square, is to have some sort of retractable glass canopy covering a significant portion of it. Remember the giant clam shell idea proposed during the Winter Olympics? That, or something similar, could work. Or if the entire square, ice rink and all, was elevated to street level. 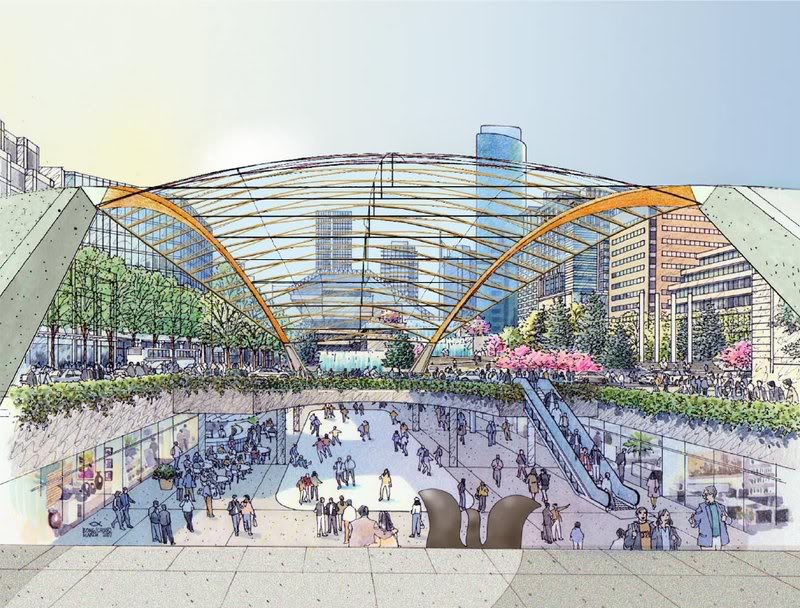 A closure of Robson Square will not happen until the city completes its downtown bus service review.