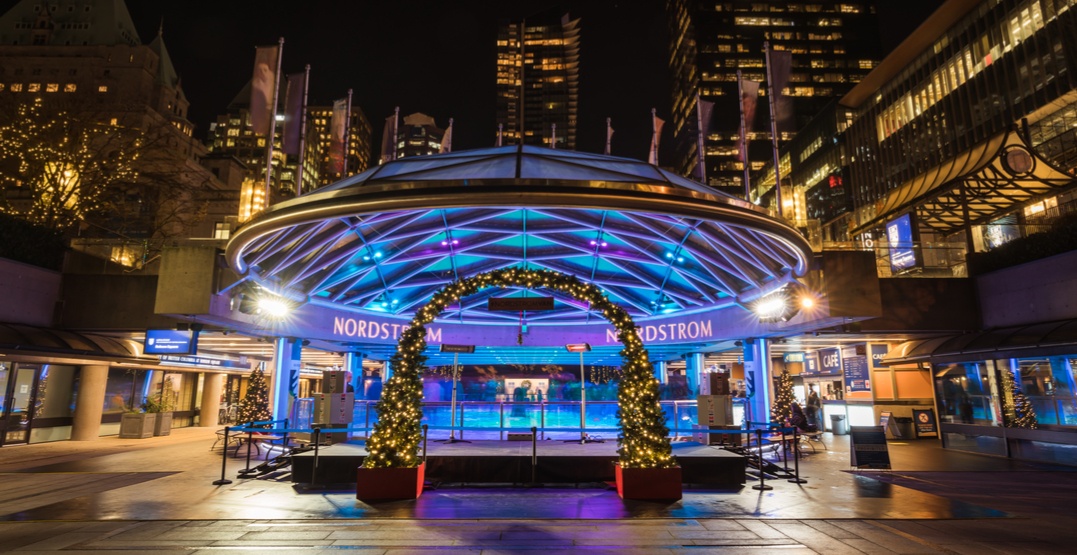 It’s a beloved winter attraction in Vancouver, but now, the Robson Square Ice Rink is closed right through the Christmas season, officials confirmed on Tuesday.

“Unfortunately, we are unable to open the Robson Square ice rink to the public at this time,” said BC Minister of Citizens’ Services, Lisa Beare. “This decision has been made as a result of the global COVID-19 pandemic and the orders and direction of the provincial health officer.”

The revised Provincial Gathering and Events Order states organized and structured events involving a group of participants are not permitted. This includes public ice skating at Robson Square.

“We will continue to assess the situation and closely follow the advice and guidance of the provincial health officer as it relates to the Robson Square ice rink,” said Beare.

The announcement comes as other holiday attractions in the city have also shuttered for this season.

This week, the Vancouver Park Board announced that due to the extension on the restrictions, both the Bright Nights Christmas Train and VanDusen Festival of Lights have been cancelled for this year.

The provincial restrictions around public gatherings, events, and people visiting each other’s households will be in effect until midnight of January 8, 2021.

“I’m also extending my order of December 4, with respect to prohibiting all gatherings and events… to midnight of January 8, 2021,” said Provincial Health Officer Dr. Bonnie Henry on Monday.

Henry said the January 8 timeline was chosen because while officials are seeing “an impact” as a result of the original orders, “it’s not yet at a point where we can let off on some of the restrictions that we have in place.”

The next incubation period for the virus, she furthered, “will take us to just a few days before the Christmas holidays… and we wanted people to recognize that this is something we’re going to need to stick with until into the new year.”