The corner of Robson and Granville is about to change as demolition is currently underway at the old Granville Optical building. The new building, designed by MCM architects, will be five storey’s, containing two storeys of retail and three storey’s of office space.

As of right now, it’s not known who the retail tenant(s) will be. It was rumoured to be the Apple Flagship location, but Apple is supposedly moving next to Forever 21 on Robson Street between Burrard and Thurlow. However, sources indicate they may have pulled out of that deal and now want the Robson & Burrard corner, which we reported was rumoured to be a Urban Outfitters Flagship. After asking around, no one seems to know. My bet is on Simons, a fashion retailer from Quebec. I wouldn’t minds seeing a Uniqlo in Vancouver.

With respect to the buildings design and considering that this is one of the more prominent intersections in the city, one would think a more daring building would have been designed.  Judging by the renders the building is nothing special. It’s rather bland for Granville and Robson, the gateway to the entertainment district and the Robson Shopping scence. At the very least, I would have loved to see some video monitors to complement the screens on the Futureshop building.

Casualities from this urban renewal include Babylon Cafe, my favourite Shawarma place. Luckily they have other locations. 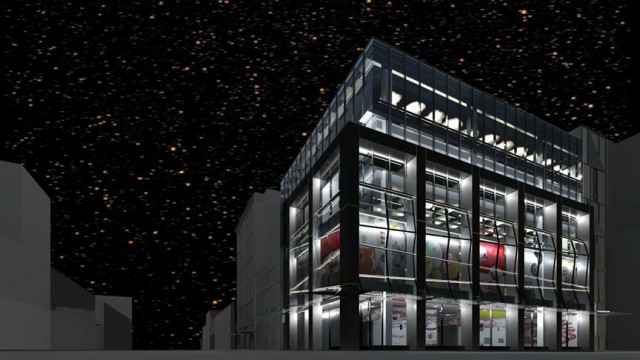 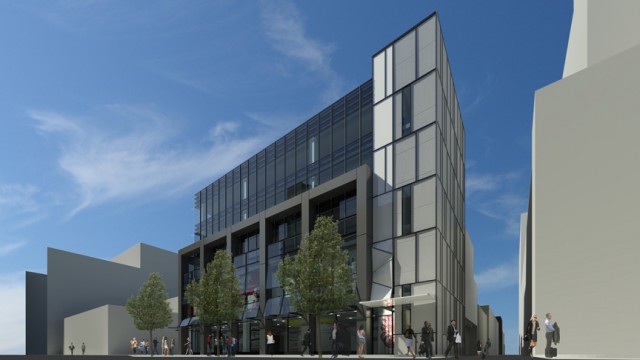