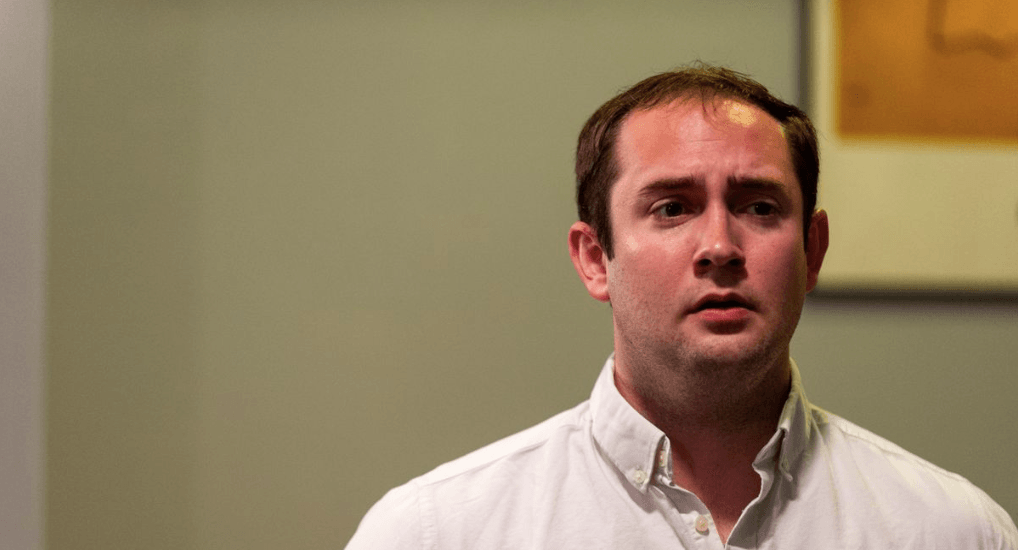 An Opera based on the tragic death of Polish immigrant Robert Dziekanski at the Vancouver airport has debuted in Chicago.

In 2007, Dziekanski died after a confrontation with four RCMP members at the Vancouver International Airport. The 40-year-old man did not speak English, and after several hours of wandering in the building appeared to become frustrated, he was then Tasered by the Mounties several times — which a bystander caught on video. When the video was released, it sparked outrage among the public and prompted a public inquiry.

‘I will fly like a bird,’ the opera based on Dziekanski’s story, made its American debut on Thursday night at the Thompson Street Opera Company.

I will fly like a bird, was first presented in Halifax in 2012 at the Nova Scotia Festival of Music, and then again three years later at the Performing Arts Centre of Dalhousie University in Nova Scotia.

In a phone interview with Daily Hive Vancouver, poet and professor Andrew Wainwright, who wrote the libretto for the Opera, said he wanted to tell this story after he saw what happened to Dziekanski in the news.

“All you saw on national television for night after night was Robert Dziekanski being tasered and dying,” Wainwright said.

“It seemed to me that there must be a worthwhile story behind all of this, and give some humanity to the man and some dignity to the man.”

Wainwright said he started to write I will fly like a bird as a long poem, “then I realized that I was really writing something with music in my head, it wasn’t music I could define, I knew it was classical music,” and that’s when he knew he wanted to make it an operatic piece.

The opera has five separate parts to it, beginning with Dziekanski in Poland and travelling to Canada, then wandering lost in the airport and struggling with not being able to communicate with anyone because of a language barrier.

Wainwright said it’s clear in the video footage “that he doesn’t want to become violent, he just can’t help himself eventually, he’s tired, he’s been flying for hours and hours, this is not the welcoming country he had anticipated.”

Wainwright said then in the last two sections of the Opera, it shows how the RCMP members handled Dziekanski, “very, very impatient and short tempered with him and he didn’t understand,” and then “in the end he’s holding up his hands and he’s got a stapler in his hands, that’s what he’s holding, and he’s deemed to be dangerous and worthy of being Tasered half a dozen times.”

The show ends with his mother, Zofia, arriving at the airport, and being told her son did not arrive.

Wainwright and Plant brought Dziekanski’s mother, Zofia Cisowski, to the first show in Halifax, and “she was obviously very deeply moved by it, I mean it was five years after this had occurred,” Wainwright said.

“She was very emotional about it and when we introduced her after the show to the audience… it was a very powerful standing ovation for her.”

Wainwright said that he and Plant pitched the opera to companies in Vancouver and Toronto, but they declined.

The Opera company’s Executive Director Claire DiVizio said I will fly like a bird, is its first Canadian Opera.

DiVizio said the company was first drawn to the Opera from its music, “the way that it sounded, the way that the whole piece is kind of put together as a piece of music theatre and the story was also of course very compelling,” adding Wainwright and Plant framed the piece as an intimate and personal story, as opposed to a political statement.

The orchestra is in the middle of the stage in the 70-seat theatre, separating the characters, who go into the audience where people are getting this “surround sound musical experience right in the centre,” DiVizio said.

So far, DiVizio said the response from audience members has been positive.

“People were really impressed with the way that they were able to get an ark of experience even knowing how the piece ends, you’re able to fall into the retelling of it in real time.”

“You have to remember the individual humanity of people and not just get caught up in the overarching story,” Wainwright said. “The overarching story is man goes crazy in Vancouver airport, you know, and is Tasered and dies — that’s not what it’s about.”