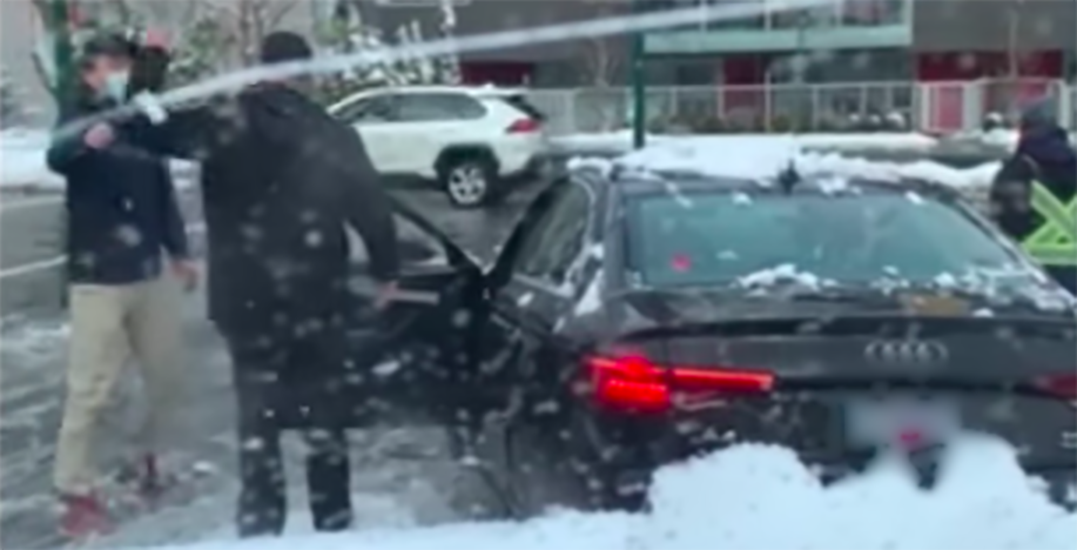 What started off as a car problem escalated into a full-on snowy fistfight in Vancouver over the weekend.

It happened Saturday at approximately 12:30 pm, in the area of Brunswick Street and East 2nd Avenue in Mount Pleasant. A Daily Hive reader who submitted the video says that a tire fell off a man’s car while he was driving.

“They throw snow at each other,” the person who submitted the video told Daily Hive.

“Then the man with the broken car arms himself with a paint roller and paint rollers the man in the Audi.”

The 40-second clip shows the two men grappling with each other as they move across the street before one manages to lift and throw the other into the snow.

They continue to fight until another bystander rushes in and appears to break it up. Footage shared online also shows a close-up view of the incident.

The Vancouver Police Department told Daily Hive that they were not made aware of the incident.