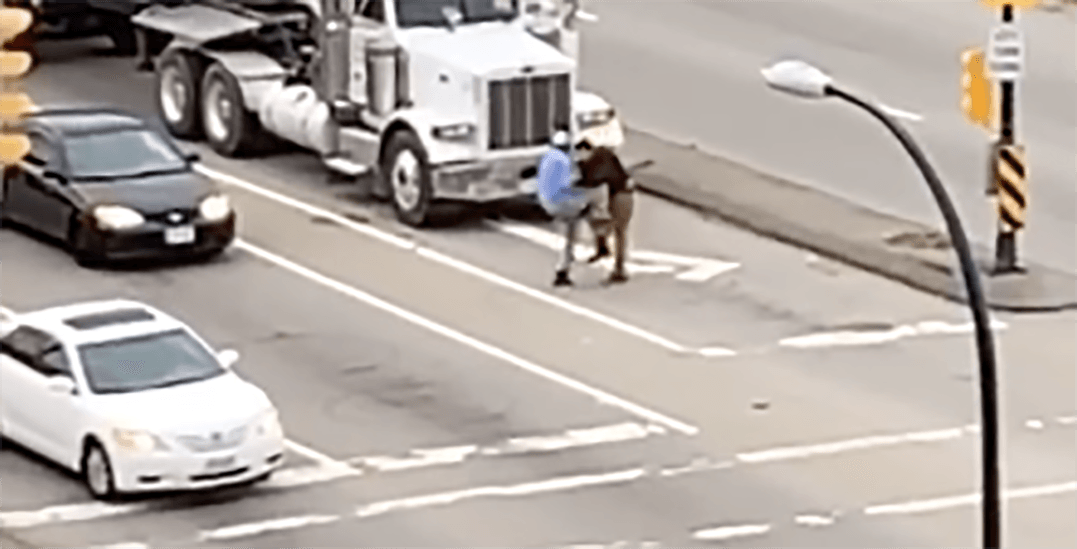 A case of early morning road rage resulted in a fight breaking out at a Burnaby intersection.

A 90-second clip was uploaded and shared on social media, showing the conflict at what looks to be Marine Way and Boundary Road.

The fight broke out on Wednesday morning at approximately 6:45 am.

The video shows two individuals exchanging kicks and punches at the foot of the intersection.

Shortly after, a third individual attempts to step in and break up the fighting. He manages to separate them for a few moments, although they quickly resumed after one man throws a punch.

The fight continues and the driver of the truck gets knocked against the door of his vehicle.

The bystander finally breaks up the physical altercation, although the two continue to exchange words.

Finally, one of the men, driving a black sedan, returns to his car.

At this point in time, it’s unclear as to what caused the fight.

The Vancouver Police Department says they received a report of the incident several hours later, and by the time they arrived, both parties had left the scene.