There comes a point in time when figuring out code gets you overstimulated. Your brain hits hyper-drive; the rest of the world isn’t there anymore. You know you should take a walk but your code and you are on. Fixing this bug is the difference between being a walking error or a program with logical output. As one dude so aptly said in the kitchen, as we all zombied in line for a turn at the coffee machine, “I literally woke up at 4:00am because my brain was on fire”. Beep, boop.

I’ve been a developer-in-training for approximately six days now at Lighthouse Labs (which if I input into my bootcamp-to-real-time convertor gives you something like three weeks). By the time lectures end our brains are already plotting kick-ass syntax and have stopped considering social norms, like talking full sentences. We come from understanding one mechanical piece in Ruby (how to make a method, how to ask for user input, how to print information out) to building, oh, let’s say… a multiplayer math game! Take a look at this, baby.

In a mere week I have been able to witchcraft a working multiplayer game that generates random math equations and cause users to lose lives when they get their answers wrong. It was built using techniques learnt in a 3 hour sitting, I might proudly add. Which is super different from my first day where the only thing I could do was cause errors. 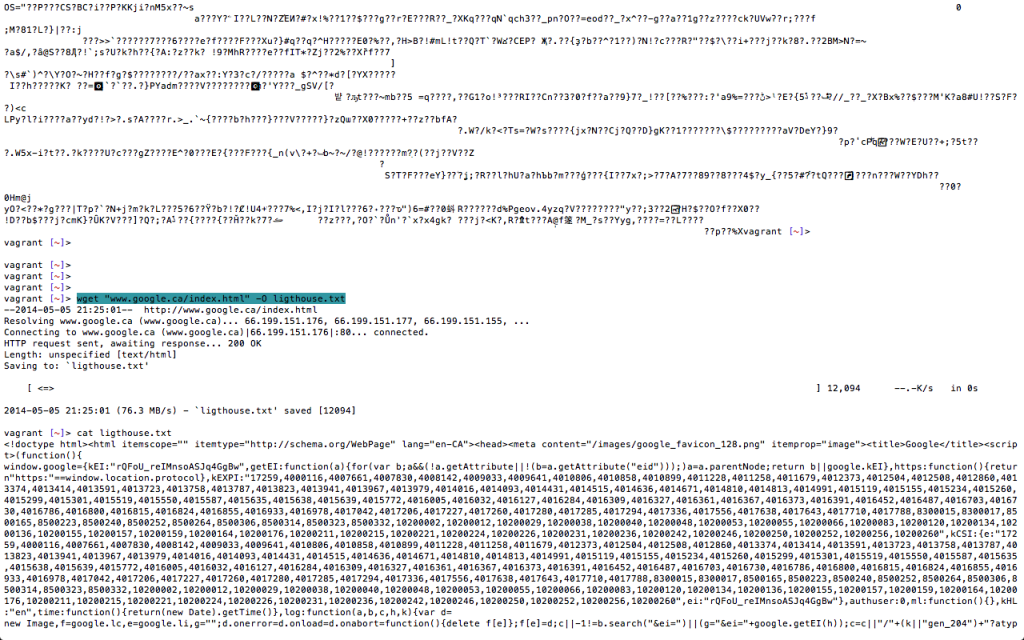 But with about 20 of us in Lighthouse Labs this cohort, I’ve been left to pull data from a pretty sweet sample size when it comes to the different ways people stylistically try to MacGyver their Ruby codes, syntax, errors, logic and the like. So when the guy who worked at Microsoft and IBM (“Back when it had 95% usage share,” he detailed) works nothing like the guy in the hoodie, you conclude pretty quickly that there is no “one” type of developer. Here are a few:

The Anti-Search Bar
Coding bootcamp is this weird educational environment where you’re encouraged to ask questions (Tons of questions! Ask away!) – just not directly at anyone, really. Most questions you have are, in fact, Google-able and you better be searching up that on the regular because it’s just not cool to waste people’s time. While you type away, Lighthouse Labs TA’s are on the job, hanging around just in case. These TA’s are around to critique your code and keep you from going too far down a rabbit hole of mistakes, and are always identifiable by the pink bandanas hanging out of their pockets, like the motorcycle gang they secretly wish they were part of. The rule that stands is that you have to do 15 minutes of Google searches before you can call on a TA or instructor. But alas, among the frustrated sighs, eye squinting and in-chair stretches, there’s that one lone wolf that just will not do it, usually engaging in dialogue of:

“But you can’t do that” they hypothesize.
“Why not? It didn’t have any results?” the instructor tries.
“Oh. Hah. I don’t know, man. I haven’t looked it up, yet.”

The Cast-Away
I would love to bring a psychologist into our nifty little corner at Launch Academy and have them diagnose the eclectic mix of people, who are most likely speaking out loud to themselves at any given moment. They are Tom Hanks on a deserted island of a program. The only means of survival is the right code, which is your wooden raft to rescue. In the meantime your rubber duck, is the developer’s equivalent to Wilson. The theory is that if you place a rubber duck on your monitor and analyze your problems out loud you’ll have a better chance of building that wooden raft. It is usually verbified in sentences, as in “Oh, Bob hasn’t taken his lunch break yet. He’s still rubber ducking at his desk.” Sounds dirty, I know.

This is the normal scene: three groups of Lighthouse Lab-ers are at one desk. One sucka is standing up trying to get his leg to wake up from falling asleep. The kid with the beanie on is trying out the internal messaging system which I see and spy out of restlessness:

Let me be clear, none stands as deity-like as Lighthouse Lab’s head instructor, Khurram Virani, a.k.a. the who-run-this-town bossman of the classroom operations, swearing approximately 34 times per lecture and with vocabulary technique comparable to Ari Gold. But behold, in the corner, unignorable, is instructor, Don Burks: relentless at “your momma” jokes and helping you fix your bugs with more vulgarity than some sailors would like to admit. He has enough experience to bulldoze a house. I don’t know what that means, but he’s a fan of explaining things in you-are-building-a-house metaphors. Which helps you snap out one of your many contemplative freak-outs throughout the day. The real hero in this is the language use. Some developers are really good at explaining, but they’re as crass as truck drivers when they do.

The Existential Crisis
When you’re taking a good chunk of the day for debugging and refactoring some mad code, what is x turns into what is life at weird speeds. This is all of us. My ability to socialize has become nothing short of inept but strangely compatible, all at the same time. This state more often than not, leads us to an ever-important, ever-rising question of: Do I have what it takes to be a developer?

The moral of that story is that if you can get over whatever you think coding is about, you have what it takes to jump right in. As Lighthouse Labs Co-Founder, Jeremy Shaki put it, “Our biggest competition is perception. Perception of bootcamps, perception of what learning to code is.” Whether that’s how much of a nerd you think you have to be, how it will change the way your brain thinks, or how well you might fit in as a female developer – go in with your notions, ask questions anyway, get them debunked and just do. The craziness is worth it when you know multiplayer math games is just the starting lines of what you can build.