One of Trap music’s rising stars, RL Grime is coming to Vancouver early in the new year for his Void Tour, brought to you by the good people at Blueprint.

Seemingly out of nowhere, 22-year-old Henry Steinway (aka RL Grime) has risen the ranks to the forefront of what is a new generation genre-fusing artists, setting eyes on exploring the uncharted and reshaping modern music with every new track he makes.

Releasing his debut EP Grapes in April of 2012 on LA’s WEDIDIT imprint, RL took little time in making a name for himself, garnering early support from some of the biggest DJ’s in the world, including Diplo, A-Trak, Skrillex and Just Blaze.

In 2013 he released his sophomore EP High Beams on Fools Gold Records, debuting at number 8 on Billboard’s electronic charts. RL Grime’s work as a remixer has also been met with great acclaim, clocking in official remixes for Benny Benassi, Chief Keef, Jamie Lidell and Shlohmo – as well as a bootleg of “Mercy” by Kanye West, which has since received over three million plays on SoundCloud.

With two EP’s and a world tour under his belt, 2014 looks to be RL Grime’s brightest year to date, continuing to refine his sound and further pushing the boundaries of what it means to be a producer in the 21st century. 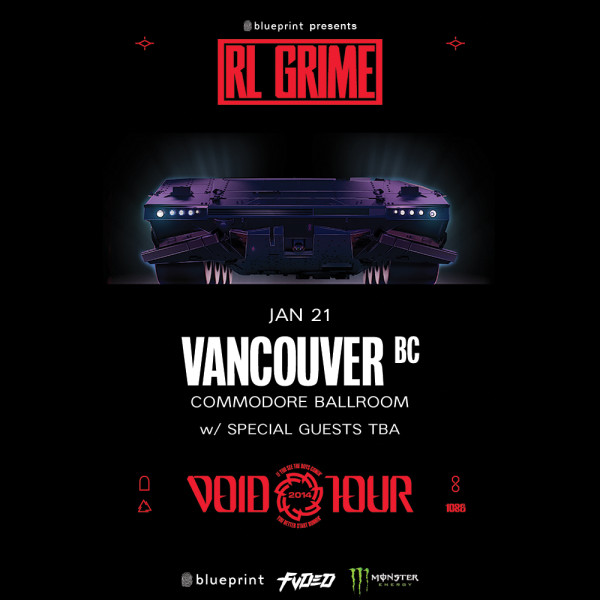