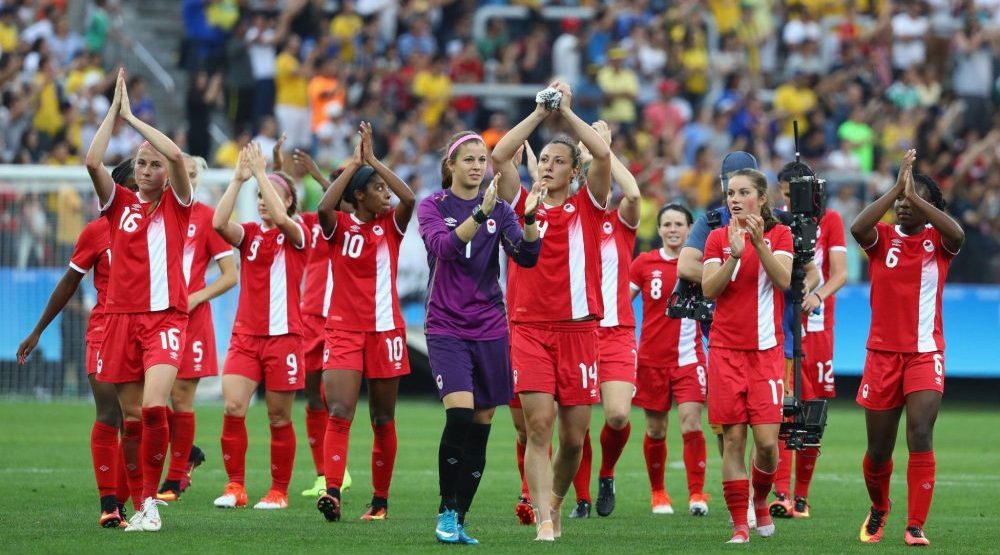 Another busy Tuesday awaits us at the Rio 2016 Olympics. Here’s your guide of what to watch today.

The Canadian women’s soccer team can lock-up their group with a win or a tie against Germany in the final game of the group stage. Easier said than done though, as Canada has never defeated Germany in international competition. Canada will also be without Kadeisha Buchanan, their best defender, who will sit out with a suspension.

Team Canada has already secured a spot in the quarter-final, and can finish no worse than second in Group F.

Interestingly enough, Canada would likely benefit by losing this game, as it would set-up an easier matchup. Should Canada finish first, they would likely get world #3 France. If they should finish second, they would play Sweden (#6) or China (#12).

It will be interesting to see how this affects both teams, particularly when it comes to lineups from both coaches.

After a thrilling victory over world #5 USA on Sunday, the task gets even more difficult for Canada on Tuesday. They’re facing the top team in the world, Brazil, on their home court.

Sydney Pickrem will be the only Canadian content in the swimming finals on Tuesday night. We’ll see if she can make it four medals in four nights for Canada in the pool. She qualified with the seventh-fastest time for the women’s 200-metre individual medley final, so she’s got some time to make up.

After a near-medal in the women’s 3 m synchronized diving competition on Sunday, Canada is in the hunt again, this time in women’s 10 m synchro. Meaghan Benfeito and Roseline Filion won bronze in this event in 2012 and are the #2-ranked team heading into this competition.

Quebec City’s Antoine Valois-Fortier won a bronze medal at London 2012 and captured a bronze medal at the World Championships last year as well. He’ll need to qualify for the final by winning his matches earlier in the day.

Canada failed to qualify for the final, but this is always a must-see event.

The 0-2 Canadian team will be in tough again against the Netherlands, a world power in field hockey.

Three Canadian teams are in action as preliminary play continues.

Canada didn’t qualify for the Olympic debut of the men’s rugby sevens event, but it promises to be a highly entertaining tournament nonetheless. Twelve matches will be played on Tuesday.

There are some intriguing matchups in men’s basketball on Tuesday, notably the hosts from Brazil facing world #2 Spain.

Finally, I’d like to tip my cap to the sport of handball. You likely won’t see it on TV anywhere, as it’s a fringe sport in North America. It’s much bigger in Europe, and you’ll see why if you tune into some games online on CBC’s Olympics website.