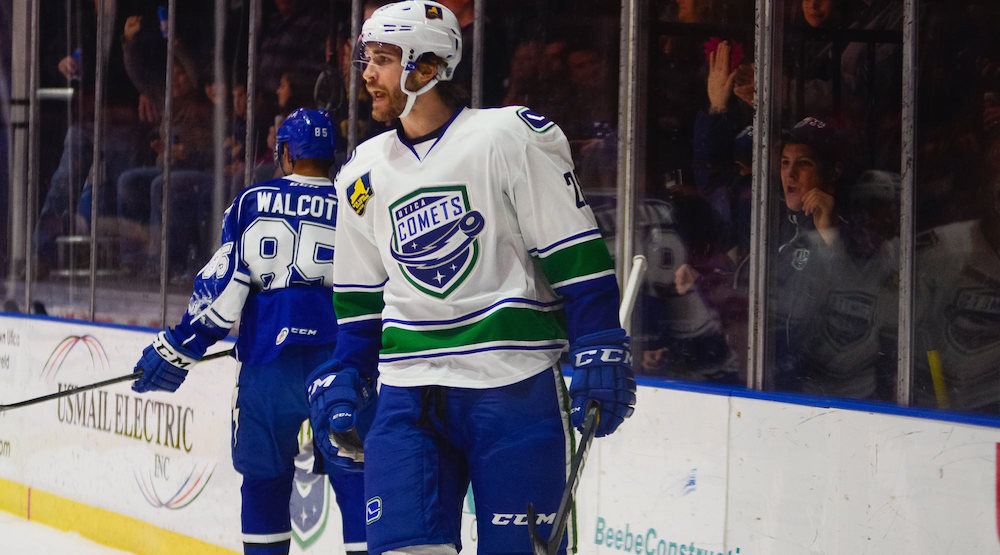 Rihanna brought her Diamonds Tour to Vancouver earlier this last week to screaming fans who didn’t mind she started over an hour late. To die hard Riri fans, she could do no wrong. Rihanna opened up the night wearing a long black gown in front of a single Greek sculpture but quickly had her first costume change of the night reappearing in a thigh-high boots, a sheer top and sweat shirt. 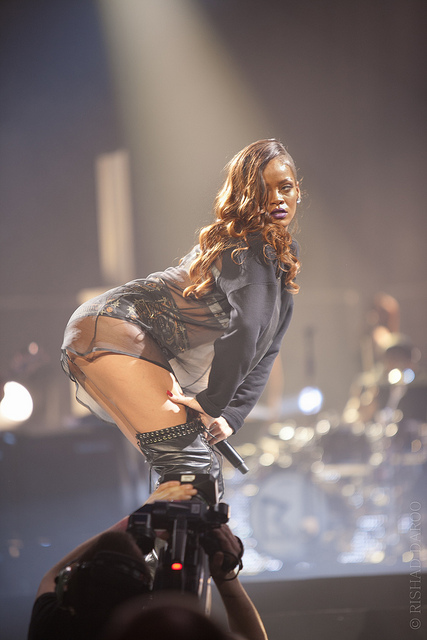 The repertoire for the evening included a mix of old chart toppers with a heavy mix of her new hits. Occasionally, a team of back up dancers dressed in very Janet Jackson-esque attire would join her but for the most part, the dancing you saw was limited to hip gyrations, and booty shaking. The show was all about raw, edgy, real Rihanna. 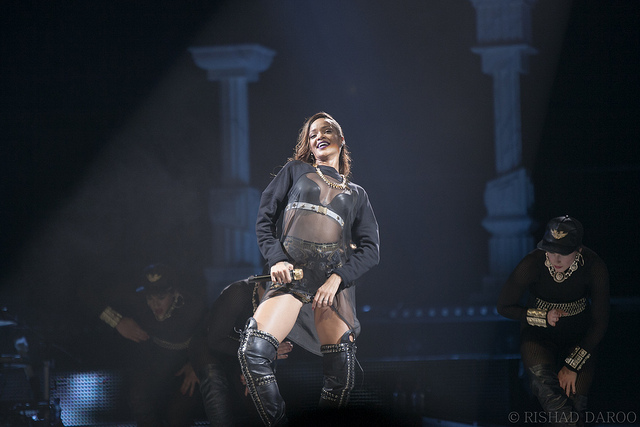 The definite crowd-pleasers (screaming fans could likely be heard over in Gastown) were Rude Boy, Umbrella, S&M, recent chart topper Stay and of course, Diamonds. The production element of the show was pretty basic with the exception of the occasional fire torches going off, the show was all about Rihanna as a solo performer. The most surprising part of the show was when she yelled out “Let’s party, Vancouver’ and she literally ran through the floor to screaming fans, all sticking out their hands in hopes of touching the starlet. 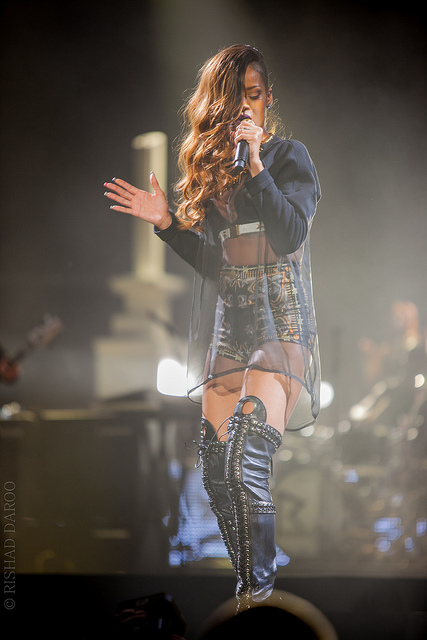