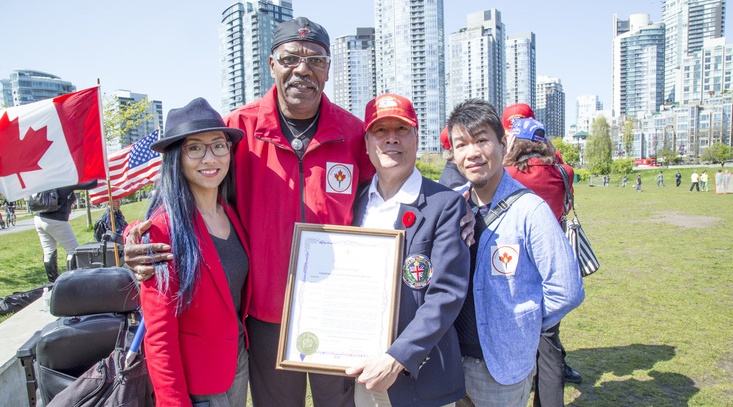 Stand up for freedom and human rights at the third annual Rights and Freedoms March in Vancouver this Sunday.

The march remembers Canada’s troubling past of residential schools, the Chinese Head Tax, the Komagata Maru and Japanese internment camps.

But it also honours the progress Canada has made with the implementation of the Charter of Rights and Freedoms on April 17, 1982.

“Let us march for an even better Canada with the same determination as Sir Wilfred Laurier, Louis Riel, and Pierre Trudeau,” says the event’s organizers on Facebook.

“Let us also bring the same spirit of Martin Luther King and the Tuskagee Airmen from Selma to our country.

“We look to the courage of those who faced much marginalization during Canada’s history. Let us move forward with the same passion as all those who struggle for equality.”