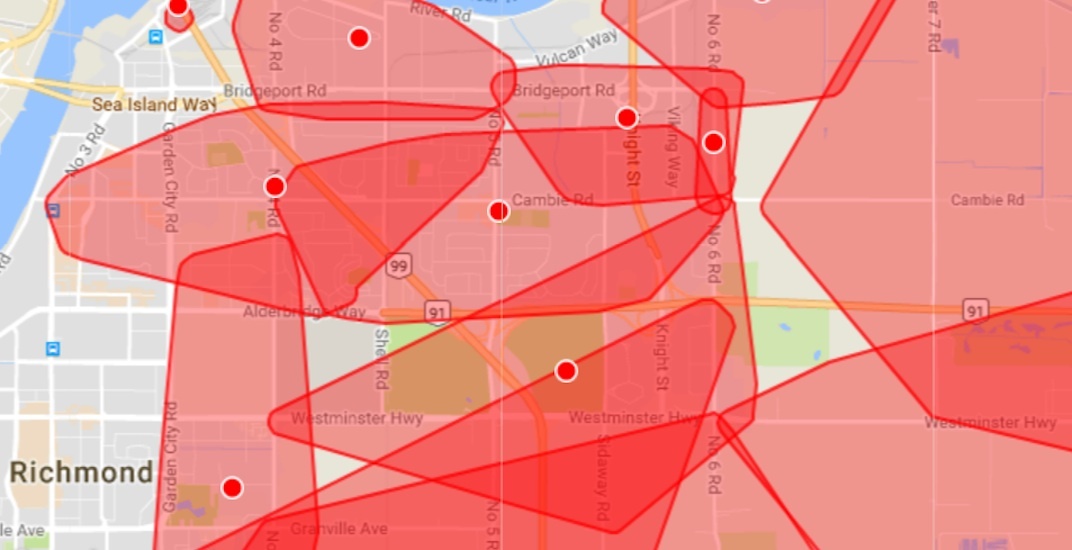 Most of Richmond experienced blackout conditions for a short period this afternoon due a transmission circuit failure.

According to BC Hydro, the outages began at 3:39 pm and affected over 25,000 customers within the municipality alone.

The outages occurred from the area east of the No. 3 Road to the city’s easternmost, northernmost, and southernmost limits meeting the Fraser River.

However, the outage was quickly resolved, with customers regaining their power at 3:53 pm – less than 15 minutes after the power went out.

Operations at Vancouver International Airport and on the Canada Line were not impacted by the brief but massive outage.