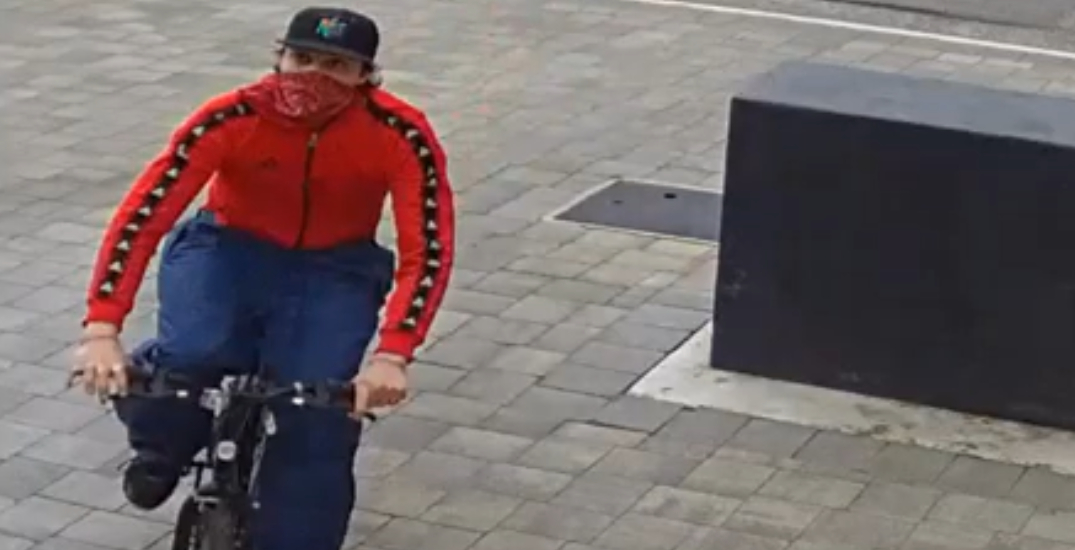 A Richmond man is hoping to draw attention to the rise in porch piracy after a package was stolen off his doorstep in broad daylight.

Phil Goulet’s security cameras captured a man walking right up to his front door and grabbing a parcel from behind a pillar – but not before he checked the backyard, too.

The thief made off with some new earbuds and several cooling fans for a 3D printer, Goulet told Daily Hive. The footage shows the incident occurred just after 5pm on March 27.

“It isn’t high value stuff, but it was mine,” he said.

The theft is the latest in a series of close-calls Goulet has faced.

Within the last year, Goulet’s security cameras have caught someone peeking into the mailbox, and a different person going into his car while it was parked in the driveway.

“Every time someone was home,” he said. “That scares my wife. What if they tried the front door and we forgot to lock it?”

Goulet has filed a report with the RCMP, and is now trying to find a secure parcel lockbox so there won’t be any repeat offences.

Officers passed along some tips to thwart future thefts, including asking the delivery person to ring the doorbell.

“I would love to see this stop by making people more aware,” he said. “I hope this guy gets caught.”