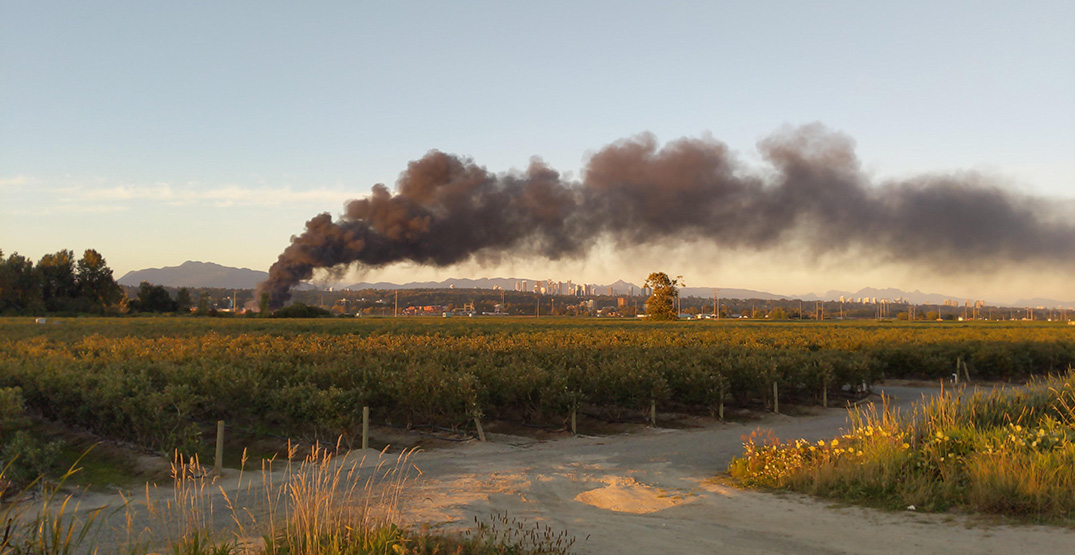 A fire at a recycling plant grew so large, smoke and flames could be seen into the night around the Lower Mainland.

The blaze started at a Richmond recycling plant in the area of No 7 and River Road.

According to Richmond Fire Chief Tim Wilkinson, the two-alarm fire has led to no reported injuries to civilians or firefighters.

The incident sent a massive plume of smoke and ash into the air and the Lower Mainland was quick to grab its smartphones and capture the impressive display.

Thick black smoke from #RichmondFire near No. 7 Road. As seen from North Vancouver. pic.twitter.com/eaTJrnmv8F