Richmond RCMP have arrested a 44-year-old Richmond resident in connection to a fake gold scheme.

On June 25, charges were laid against Bao Sheng Zhong, a Chinese National currently living in Richmond. According to a press release from Richmond RCMP, Zhong is alleged to have posed a member of the construction industry, who happened to have a cache of ancient gold along with a will.

Zhong would befriend his victims, two women and a man of Asian descent who all spoke Mandarin, convincing them of the authenticity of the gold and the will. He would then allow the gold to be tested for purity, but would switch out the sample for real gold.

Following his arrest, Zhong has been charged with three counts of Fraud within Section 380(1) and 463 of the Criminal Code of Canada.

“To my knowledge, this arrest is perhaps the first publicized of its kind in Canada,” said Corporal Dennis Hwang of the Richmond RCMP. 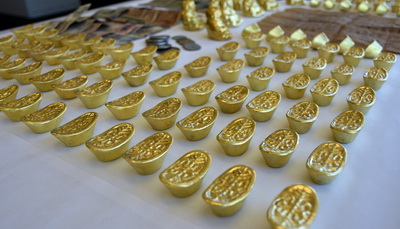 “This has been one of the most comprehensive and complex investigations I have ever been involved with. We pulled all the stops. We hated seeing this type of crime occurring in our backyard,” said Constable Jon Francis of the Richmond RCMP Economic Crime Unit.

Richmond RCMP are also warning residents to be on the alert for similar schemes. They encourage anyone buying something of supposedly great value to have a third party on hand for testing, and to involve legal counsel to protect the buyer and seller. 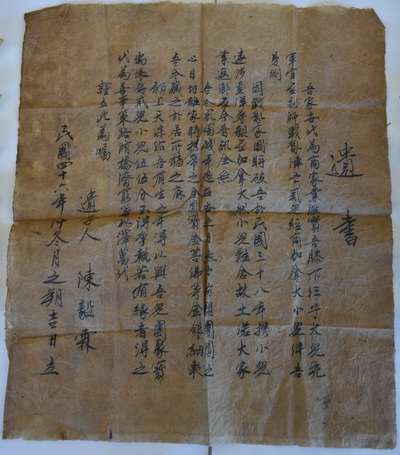