A little boy in Richmond is counting his blessings this Christmas after a community rallied to replace his stolen hockey equipment.

On October 26, a Richmond home was broken into, and a number of items were stolen – among them, 6-year-old Grant Chen’s hockey equipment. The equipment meant a lot to him since it was donated to him by the folks at Richmond Minor Hockey Association.

Constable Gurch Bharaj of the Richmond RCMP responded to the break and enter call that day. He decided he wanted to do something to help the boy out. He spent his own money to replace some of the equipment, additional gear was provided by Constable George Kapaclis of the West Vancouver Police Department, and Canadian Tire manager in Ironwood Plaza Chris Blanchette helped out as well.

“Constable Bharaj presented the hockey bag and gear to Grant, an early Christmas present if you will. Grant’s smile was an early present for us as well. It really helped him restore his faith in people,” said Corporal Dennis Hwang with the Richmond RCMP.

He added they have several forensic leads to catch the break and enter suspect. 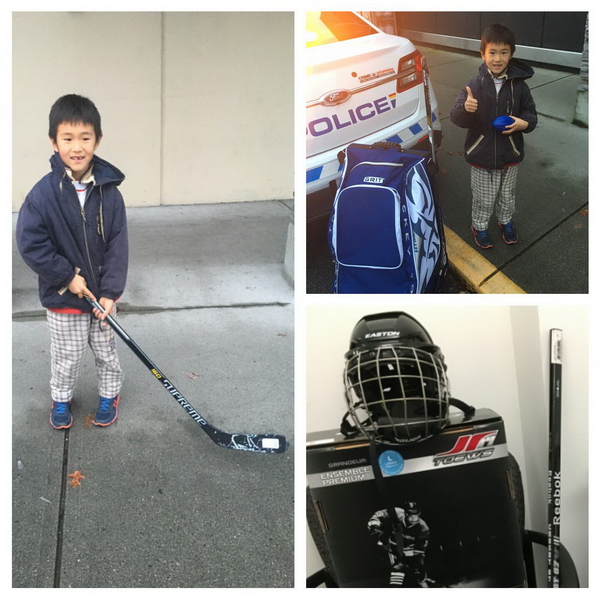